We made it through the first while of being treatment free.  They did NOT call us to say they made a mistake and he did in fact have more treatment to complete as I had feared might happen.

Twice, Marlon had a mysterious sickness each a week apart.  Very sick with him unable to keep anything down and then cramping in feet and hands.  I felt like it was a detox from all the chemo and drugs he had been on though the nurse said they had never heard of that kind of reaction before.  Then he managed to catch two colds.  Other than that he has been well, healthy, and enjoying his various activities and friends.

Saturday, November 5th, Mojo passed over to run in the cat hills on the other side.  He was 16 and had been going downhill slowly but in the last week his decline sped up.  During the last month or more he did finally come to realize that the dog was a nice warm body to curl up against.  Mina never did feel comfortable with his change but they did get some time together.  The last week the cat enjoyed the beautiful sunny warm weather lying out soaking up the sun's healing rays.  The night he died I carried him to lie against Mina and they lay together for a while before she got up and moved away.  A little while later, I held him while he died.  Intense and emotional.

Marlon cried many a tear at the thought of losing the cat.  Since the tears right after the passing, he seems to have completed his grieving while the rest of us feel the emotions of thoughts and memories.  Different ways of grieving. 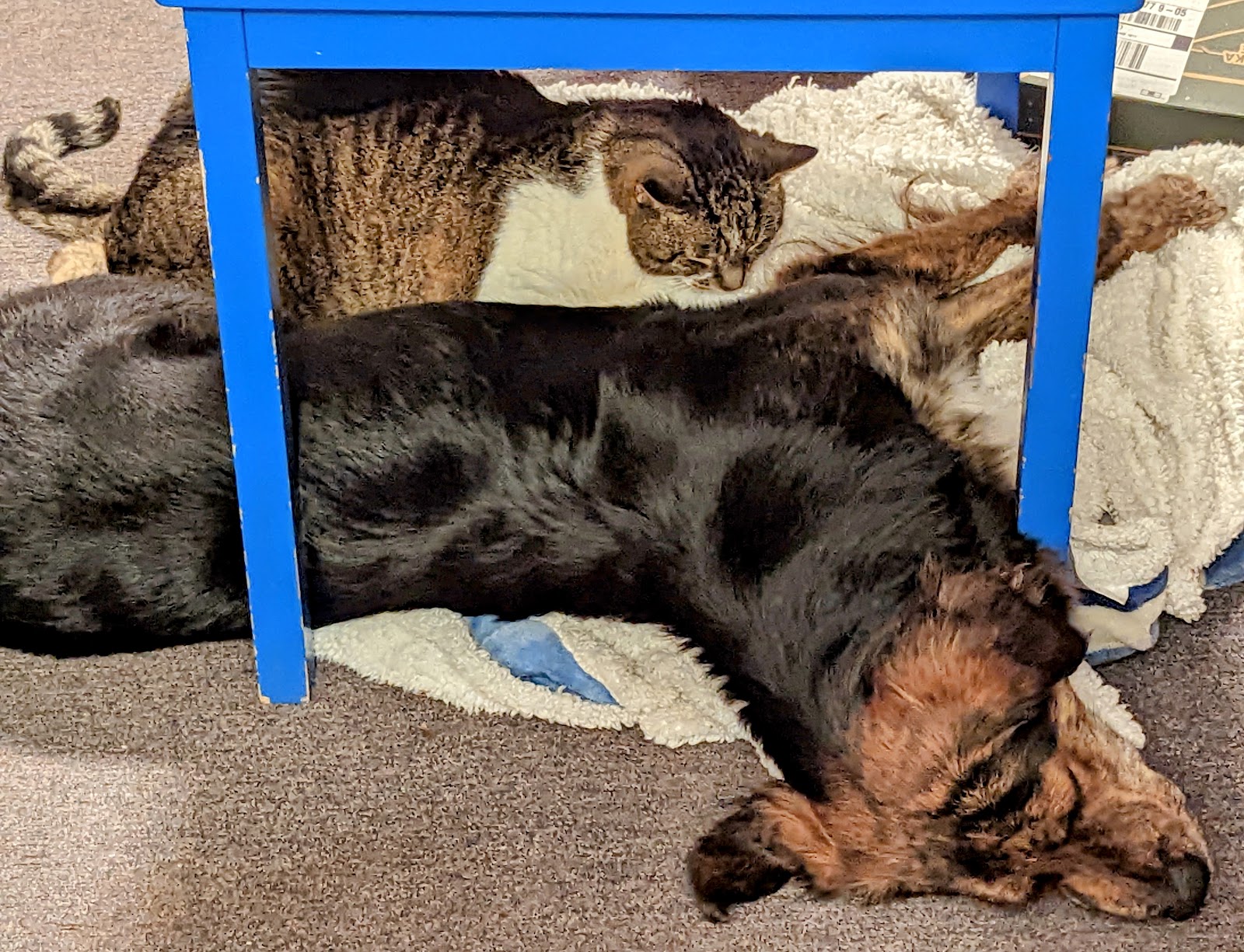