Compared to the last time I wrote, Marlon is much better.

He was at his worst on February 15th when he had a hospital check-in.  After finger poke, we got a wheelchair to get him to the ward.  He had nothing left.  Bad headache, sore back, nausea, no energy.  When there, they gave him water and blood.  His counts were low, not dangerously so, but low enough.  He did feel better afterward.  His back was still quite sore, leftover from the LP on the 8th.

Since that time, he has been slowly getting better.  Still a lot of nausea and no appetite, which had the hospital giving him a hard time because of weight loss.  He has also had several lectures about drinking enough.  They expect as many as 10 cups a day.  Getting that much liquid into him, gave Marlon anxiety and a lot of stress.  We have found that a goal of seven cups is doable, comfortable, and often exceeded.

On his 12th birthday, February 18th, Marlon said he was feeling ok and we celebrated that as a good birthday present.  He has had several ups and downs but overall a slow climb.

The last few days, he has had more of an appetite, actually wanting and able to eat, and keeping it down.

Tonight as he was getting ready for bed, he told me he had a great day.  He felt good, he was moving more freely, able to help his dad outside, and the weather was just right.  He can run and jump.  He did note that the flexibility and strength aren't there and the ease and speed of before but when he was talking with enthusiasm, I was listening and tearing up.  Wow.  It has been a very rough start to the year after a rough year and a half but I am grateful to see him happy, excited, and feeling good. 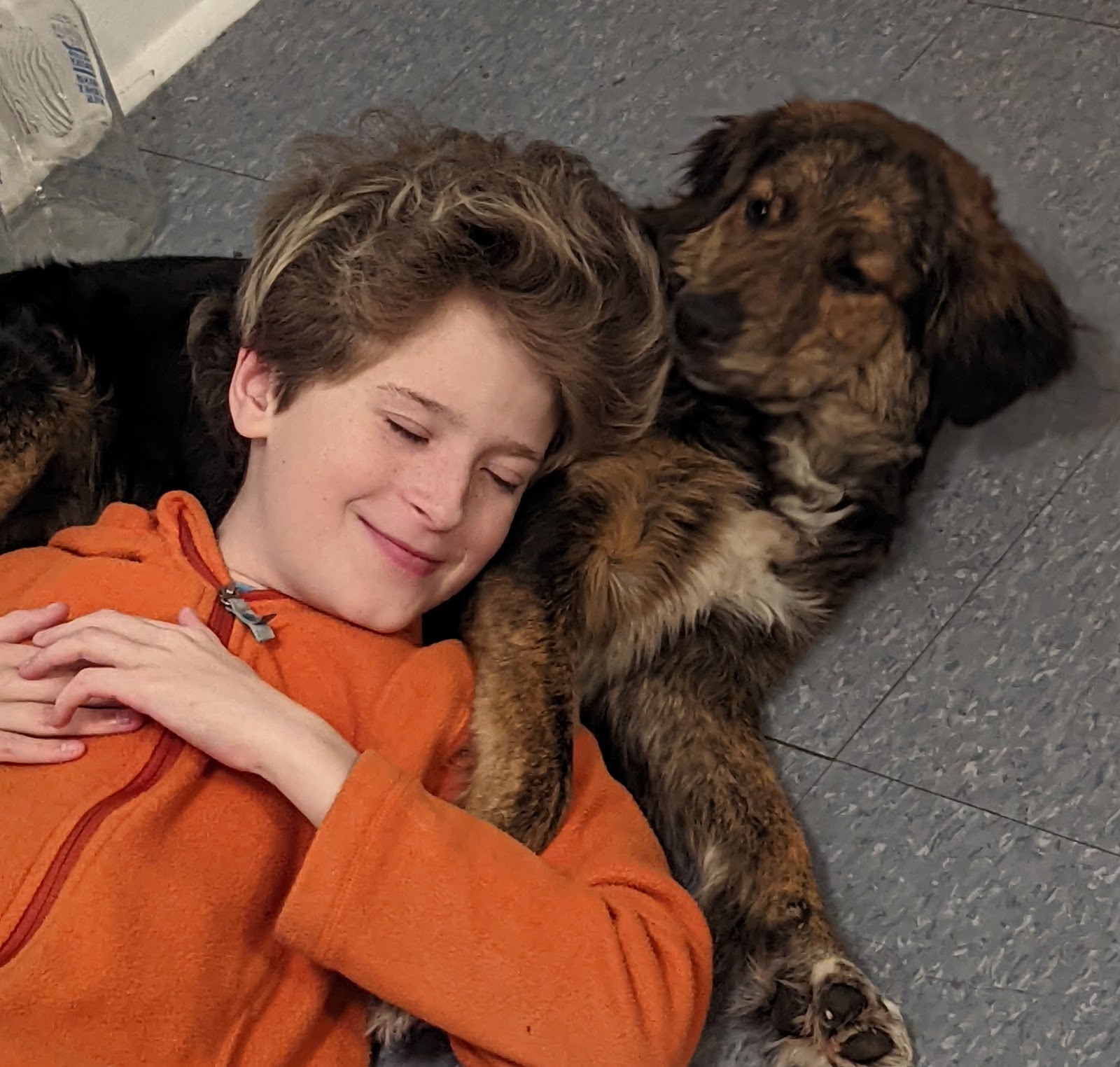