It surprises me how fast it is to get out of the routine of writing regularly.  And then how much effort it takes to write again!

I used to hold onto the idea that it takes 21 days to create a positive habit, to have something be more routine.  Maybe so, but it takes so much less to stop.

At Marlon's last hospital visit, I finally relented and decided we would get in-home physio for him.  I have been against the idea, not because I don't want anyone in our home, but mostly because it seems more of a hassle and an expense to have someone come here rather than us go into a physio office.  For Marlon, in his situation, and with the referral, it is cheaper to have it in-home.

Many phone calls later and we have someone set to come here.  We really need to see improvement in his strength and mobility.  Marlon is pretty good at wearing the brace but we aren't sure it is really helping much.

After writing this, I watch Mina slowly stand up and hobble over to her food dish.  She moves like an old dog especially after lying down for a while.  A boy and his dog.  They can both run and play but mobility isn't quite right. 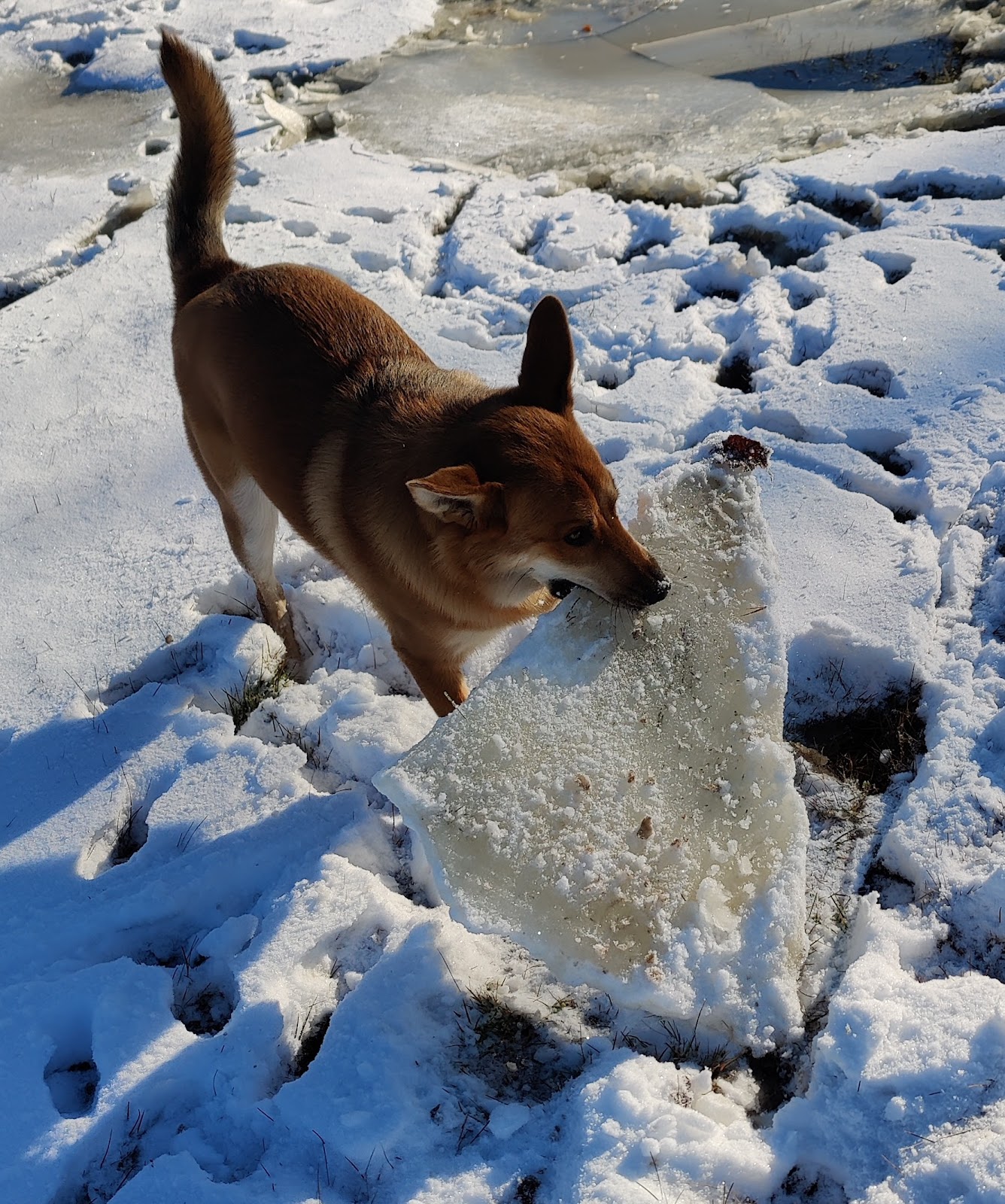 Stella likes to drag big sticks (more like small trees) around and here she managed to free a big chunk of ice and was running around with it.

The other night, we pulled another tick out of Mina. I had her on my lap, Paco held onto her head (it was between her eye and ear on her face), Thomas removed the tick, and Marlon was there offering comfort.  Teamwork.