'It's kind of sad.  I've thrown up so many times, you don't even react anymore.  You just keep doing what you were doing.'

Spoken by Marlon this morning.

He did go on to have a good day.  Fairly good.  Grounders at the park but he felt harassed by a girl.  She is a little older and was sort of 'in charge' and in the two times they've met, it hasn't been the best for M.  He felt picked on.

Mina and I had a nice walk with friends while playground games were happening.

I have been asking Marlon to make Mina a toy using paracord.  This evening, I thought he was finally making one for her but when he was done he told me it was a bracelet for himself.  Maybe tomorrow. 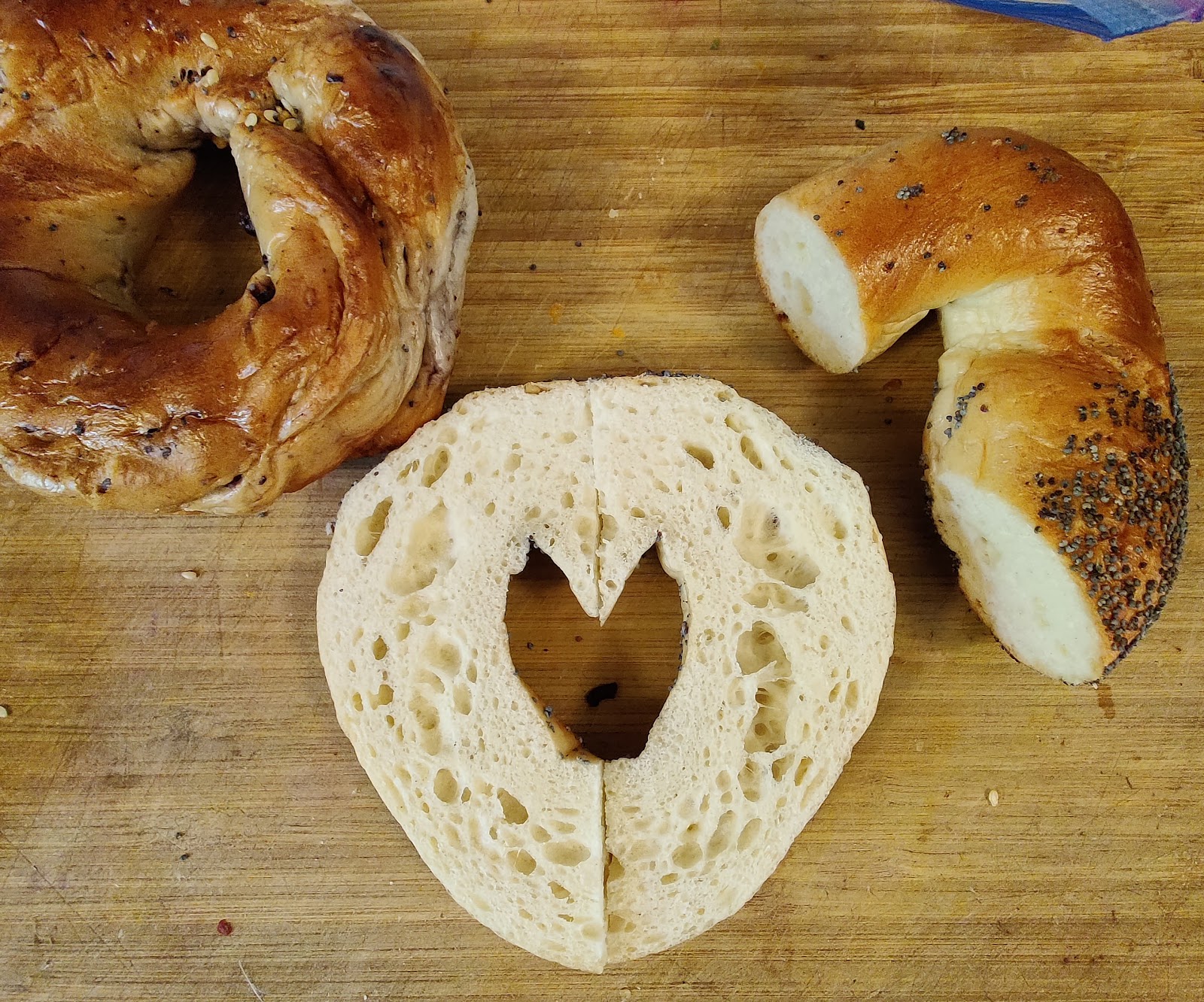 Picture from when Linsy was here.  She brought us Montreal bagels and one cut in half became a heart.