What a day of frustration!

Anita found me a number with which to call Amazon.  I did and had ease to get through to a real person.  He listened to my rants, said he'd open another appeal, and I believed there was hope.  Ha!  The first email said that I didn't send them what I ordered so I wasn't getting my money back.  At this point, I might have considered letting it go if it was around $20 but when we are talking close to $600, it's a different story.

So I contacted BMO to put a dispute in on the charge.  I was on hold for a full hour, spoke to a person to explain my situation, and then was put through to hold for the dispute department.  A half-hour later, I hung up because I was at work and it was time to start.

After work tonight, I finally got through and forwarded them the many, many emails back and forth from Amazon but it didn't sound extremely promising.  Mercury is in retrograde, communication is backward, and never have I felt it more.  Wahhh. 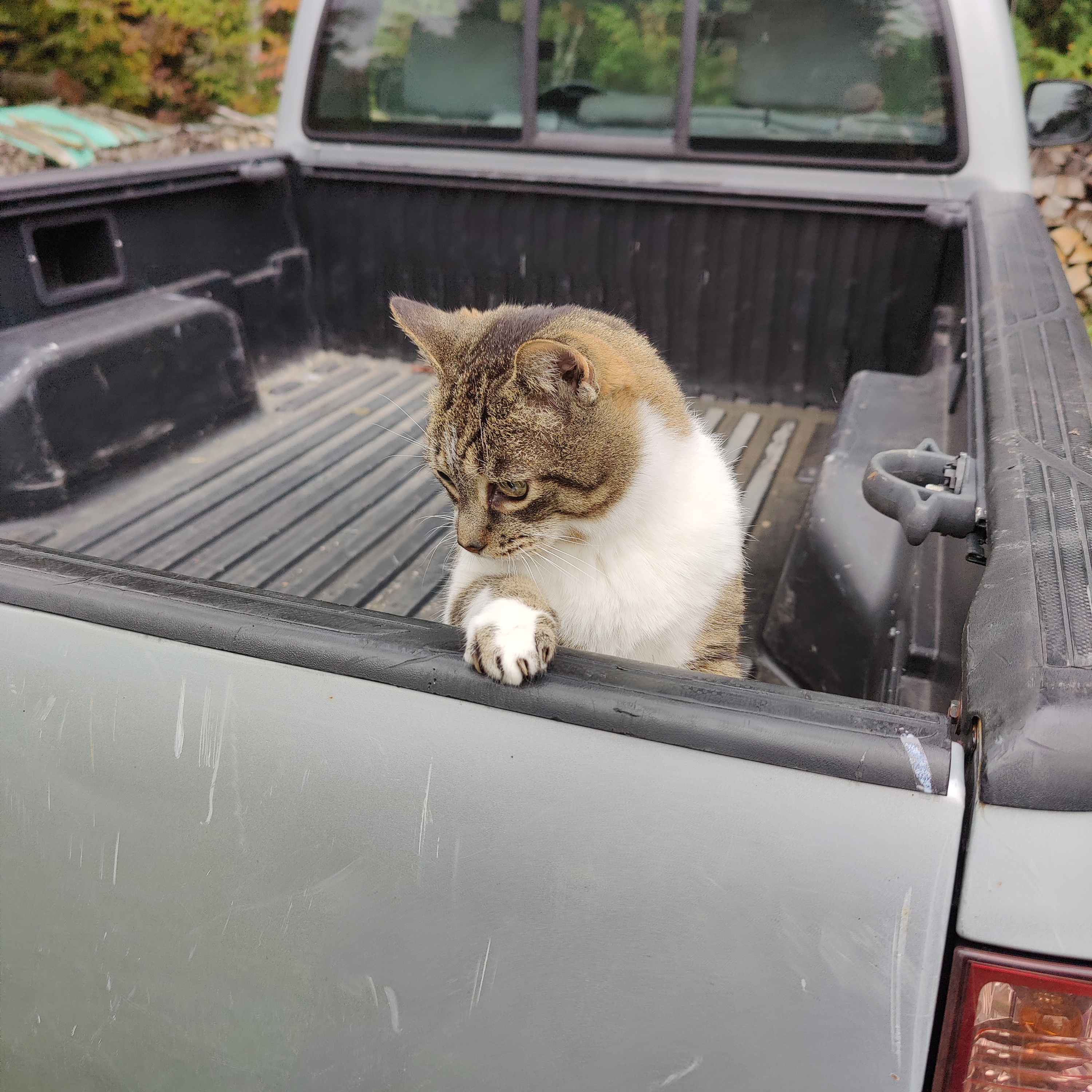 I let Mojo sniff around in the back of Paco's truck.  He wasn't impressed.