Paco has bought himself a used truck.  It needed some work before being safetied, including a new bumper.  Finding a bumper for less than $1000 proved to be a challenge and often delivery could take a month.  Finally, he found one on Amazon of all places.  Ordered it and when it came, I took the box and thought there was no way it could be a bumper. 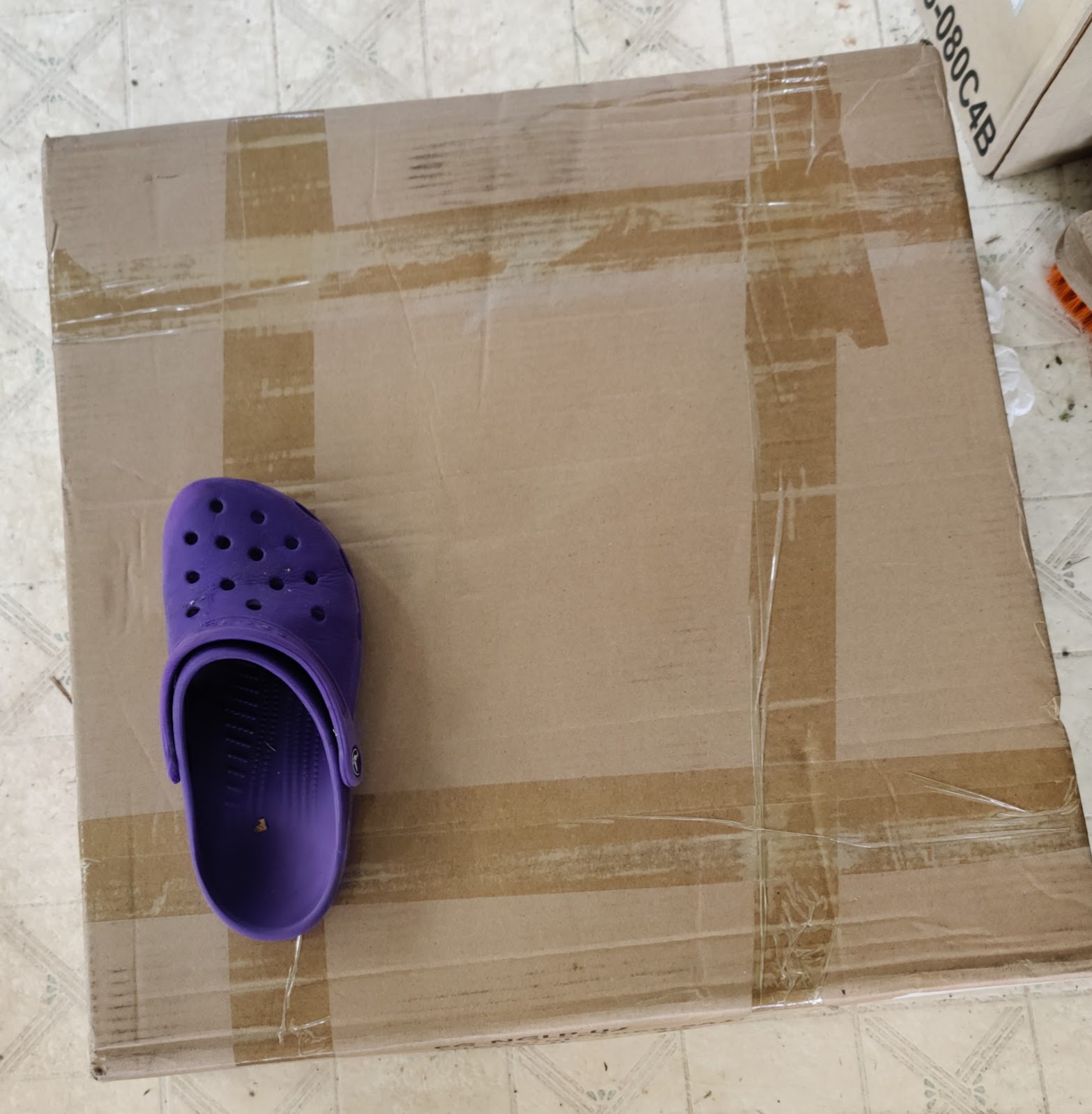 I sent Paco a picture of it, using my shoe as a reference.  When Paco came home and opened the box, I was at work.  It was a tow hitch.  Not a bumper at all.  Darn!  We returned it.

A little while later, we got a message from Amazon saying they would not refund the money as they didn't get the bumper back!  What!?!  We didn't get a bumper either.  The past several days have been extremely frustrating as I email their returns department saying it is ridiculous to think a bumper could have come in that box.  I get some generic email saying nothing except they won't honour the refund.  I tried to chat with a customer service person via the website but I was told returns are only dealt with via email.  Argh!!!

Marlon wasn't feeling well enough for outdoor school today so he stayed home.  I tried to convince him to go for a half-day but he didn't want to.  The cold is dragging him down.