The clap starts with a steady beat and then many more hands join in.  Nurses come round and people poke their heads out the door and join in the steady beat. The nurse that started it says 'i have an important announcement to make,'. 'What is it, Jo-Ann?' A patient steps out of the room.  'Name has just completed their last round of chemo today!'. Three cheers and clapping.  I stand by and clap with tears streaming down my face (actually into my mask) and a smile on my face.  Today was two different ones, both teenagers.  I have only seen a few 'last chemo chants' during our time at clinic but it's always so emotionally charged knowing they have had a bumpy road but they are walking out the door, leaving cancer-free.  Even remembering the chant brings the tears and emotions back again. Still a year away but Marlon will have his turn.

Marlon's blood counts are good.  Even his neutrophils are up.  The doctor did have a chat with me after I admitted having missed a few of his evening pills.  Being back at work and the main pill-giver requires adjustments.

We figured Marlon would walk out of the hospital cast-free today.  After another x-ray, the doctor said it was healing well but it still needs a cast.  Preferably a new one.  He did agree to a brace instead though admitted he prefers to wait until week four.  Neither option is a good one as far as Marlon is concerned.  He disliked the cast but appreciated the security of the hard surface.  It dug into his arm and hand and itched and was awkward.  With the brace, it feels less secure, he has more movement (good and bad), it doesn't dig in so much, but his arm sweats and is uncomfortable.  Oh well.  Neither option is a good one apparently but it will be this way for a couple more weeks. 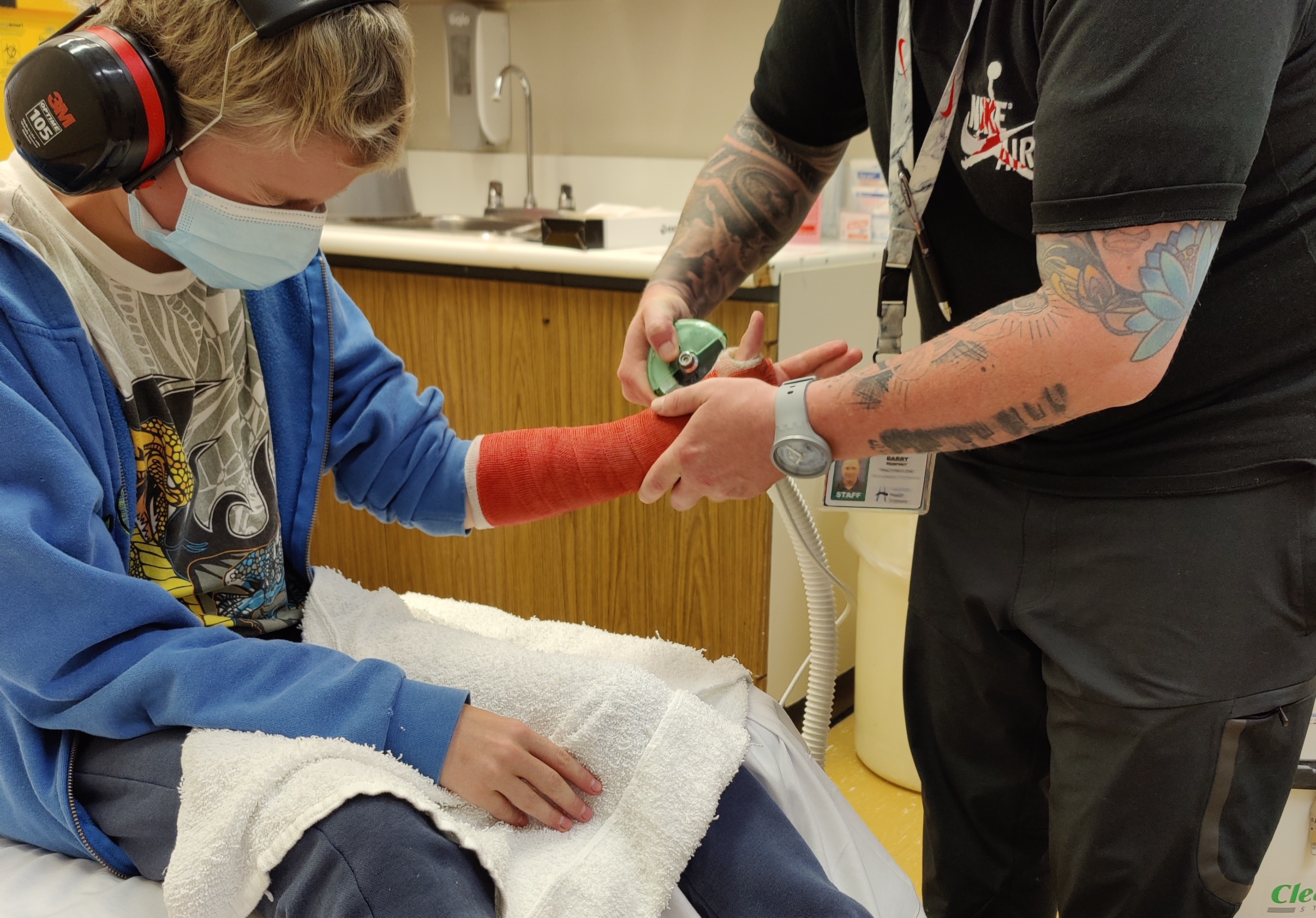 Using a saw to cut off the old cast.