What an emotionally exhausting day!  I am listening to a book by Brene Brown which has me feeling emotion.  I was at work on the till with the malfunctioning scale.  I was dealing with it but then an hour and fifteen minutes into my shift, I was sent on my first break.  I felt triggered by that.  Just one thing after another with emotions tumbling.  I made a mistake with a customer and she called into the store to complain, thinking I may have been trying to steal from her.  Also heard yesterday of a suicide from someone I have known through the store.  And another person is still struggling.  Just so much, so many emotions.

I got home at 640, Mina was on her blanket, and there was food in her bowl.  She wasn't eating supper??  Then Marlon told me it was her lunch and I felt even worse.  Apparently, she had not been doing well, hardly able to stand.  Marlon and I hugged and cried.  He went into this thing that he gets into about bad things happening.  Cancer always leads the list.

One of Mina's sores has been oozing and this evening I noticed it was puffy.  I had noticed her having a little less energy last night and this morning and was wondering if she was depressed, maybe just got well.

She did eat her lunch and has mostly been sleeping.  She is also feeling somewhat harassed by the cat.  He growls and hisses at her when he sees her, even in the night when she is in her crate.  She is scared of the cat and keeps her distance.

Can I just say what a range of emotions life brings!! 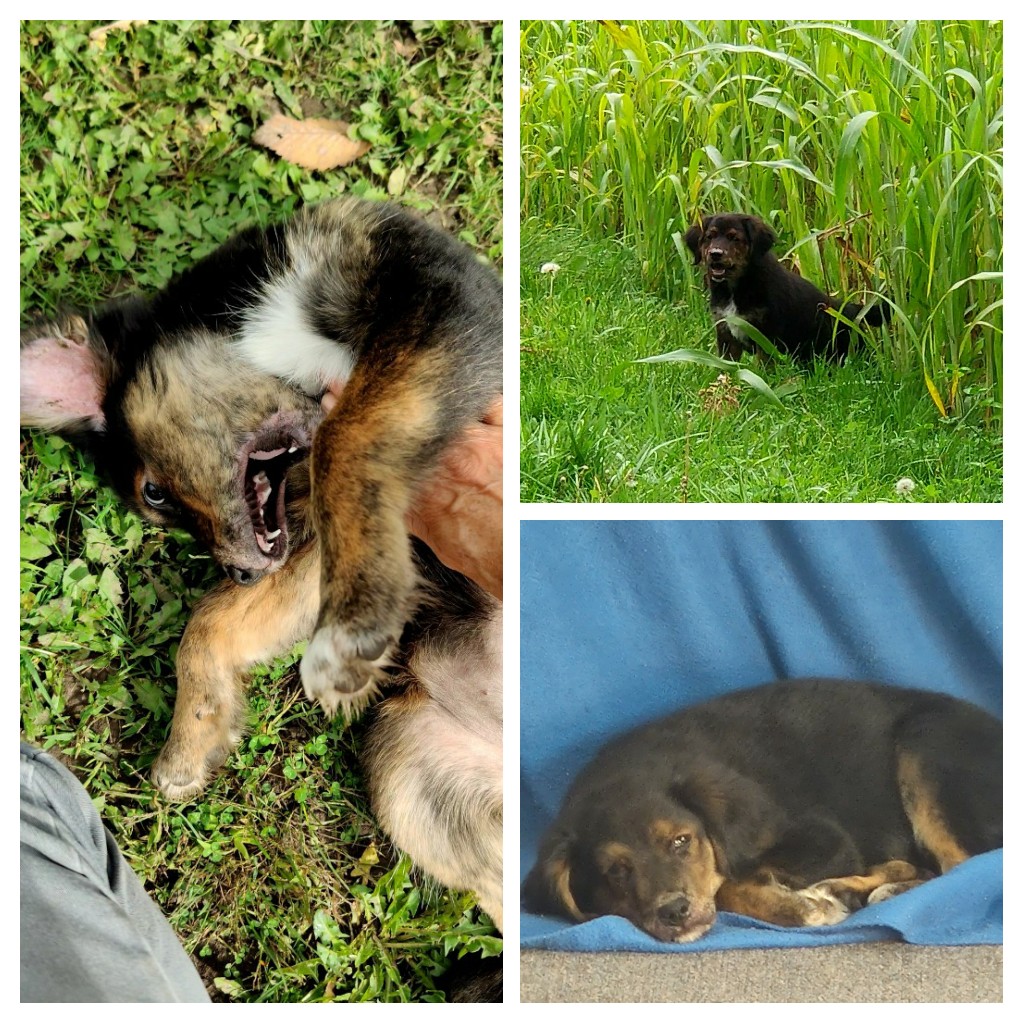 She loves a good belly rub and often had her jaws open, looking for something to bite.  Running in the tall grass.  The first two are from a couple of days ago. This morning, lying on the blue blanket not knowing the cat was on the other side on the bed.  Neither knew they were so close.