Last night, after playing Minecraft with a friend for a while, Marlon stated he had to get off.  He was nauseous and figured he'd be throwing up.  He was right.  Was it playing Minecraft at night?  Was it because I didn't give him his anti-nausea pill earlier when he had asked for it?

Tonight, he finally was able to play Minecraft with his brother who is always very busy.  No anti-nausea pill and he felt fine.

Many of us have been following my sister's journey as she looks for a new place to call home.  While we were at her cottage last week, her phone wasn't working which also meant she had no camera.

Yesterday, several of us decided to get her a new phone.  I had already told a friend I would go to Mississauga to pick up a painting for her so while there I went to a mall to pick up the phone we had ordered.  My sister was to be in town for a BBQ with her family and I was able to get the phone there.  It all worked out so well plus I was able to see her three daughters and one of her sons (the other I saw in Montreal).  So while it was a day with a lot of driving, it felt productive, especially when I dropped off the painting and was able to do a little to help her out as well.

When I arrived home, my sister Pamela was here and she stayed for supper, on her way home from her daughter's cottage. 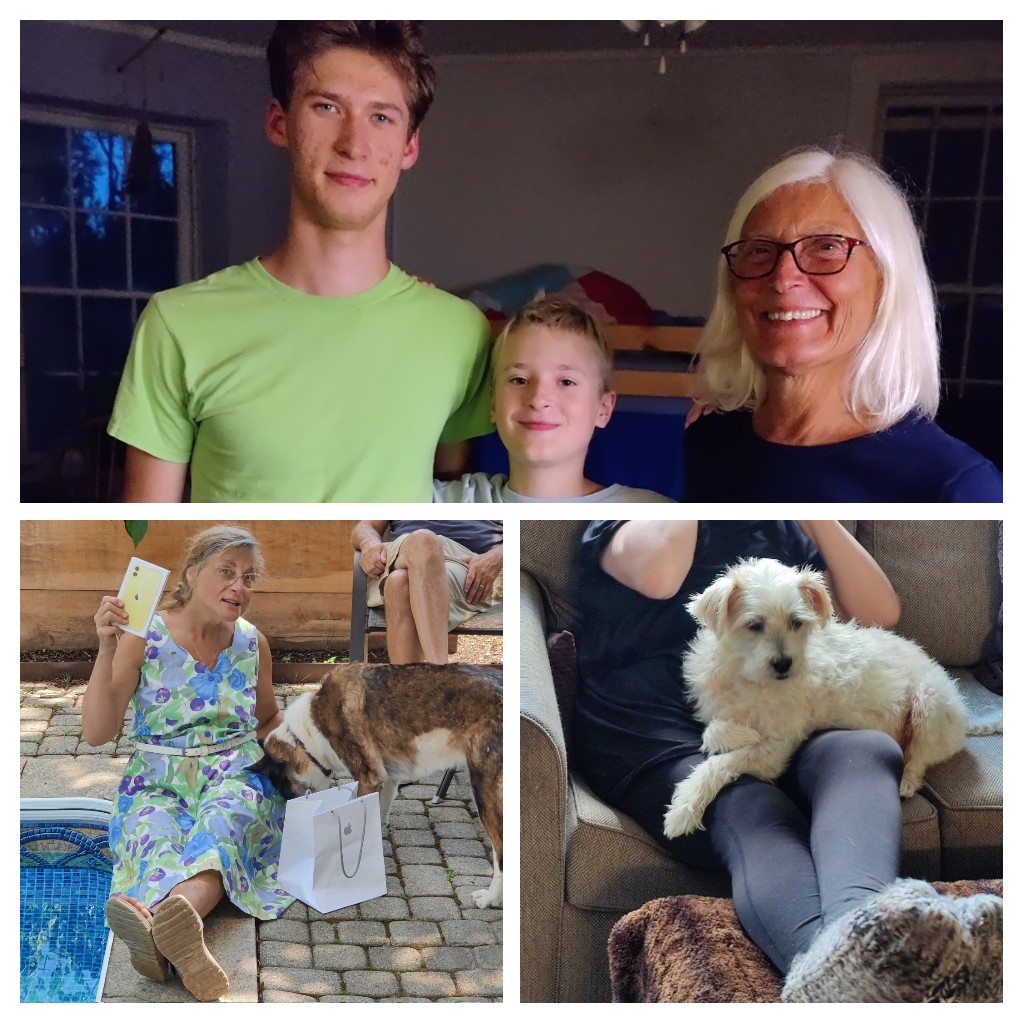