When I originally told my siblings I was thinking of calling the puppy Mina, my sister Moira did not particularly appreciate the name.  She suggested some others, one of which was Opal which I also liked.  So her name is Opalamina.  O'pal'a'mine or just Mina.  Her birth family called her Peanut.

We visited with her today and she is stronger and happier.  To think, a week ago, she tried to stand and fell over.  Today she was running and happy.  These boils/growths that are a part of the disease are popping, leaving behind puss and deep holes where they were.  Poor puppy.  She is still sensitive, in some pain, and not very energetic, but much better.

When told she has a very good appetite and is food driven, Marlon responded that it is the steroids.  Even before them, she liked to eat but I have no doubt they may play a role.  When Marlon was taking an extended dose of steroids, I remember many a discussion all about food and cravings. 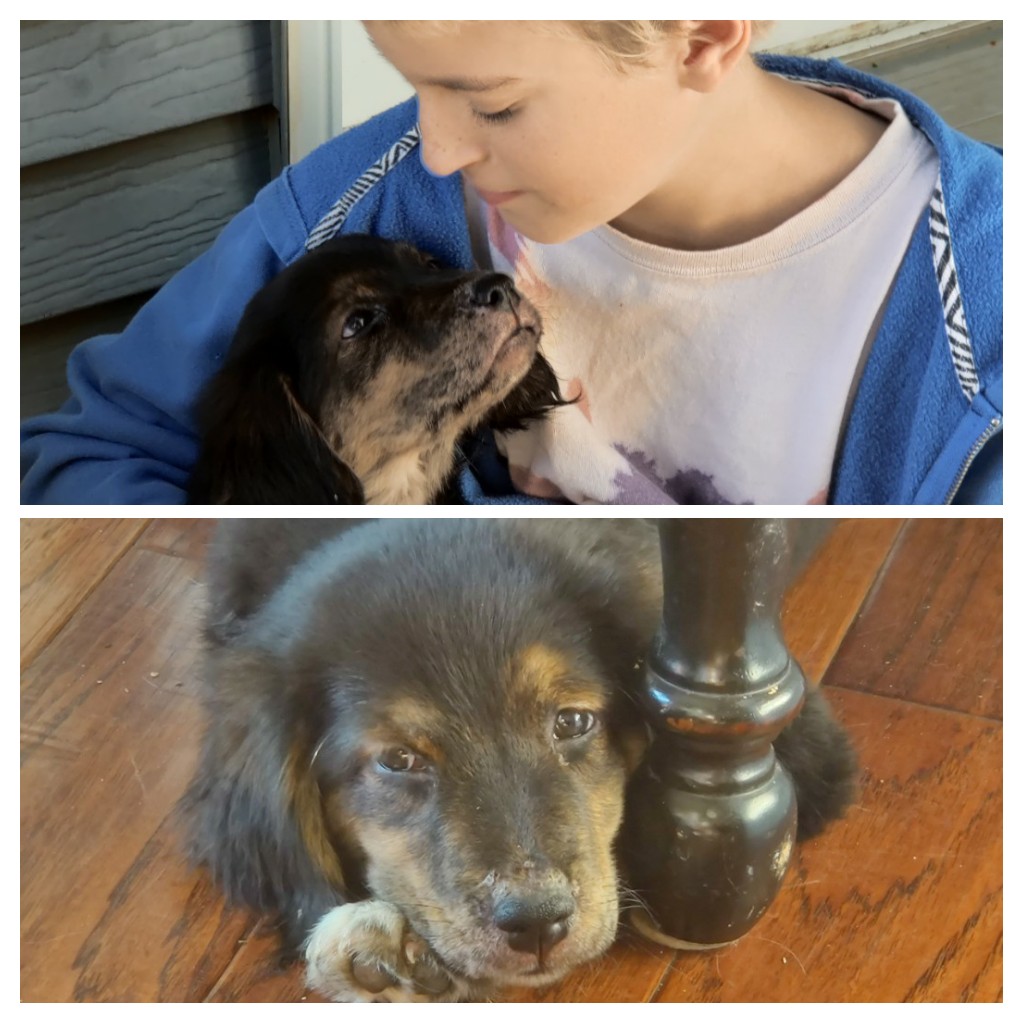