Several nights ago when I got home from work, Marlon was in bed but not asleep.  I gave him his dinner time pill and bedtime pills together and he spent the next hour hunched over his 'container', overtaken by nausea but not throwing up.  A few nights later as he was getting into bed, I remembered I had not given him his pills so I gave them all to him at the same time.  Once again he was overcome by extreme nausea which lasted quite a while.  Don't think I'll do that again.

Last night, he was having lemonade acknowledging that if he was feeling sick, he wouldn't be drinking it.  He was fine and then moments later he was throwing up.  Sometimes it catches him by surprise but worries of sickness affect his thoughts in so many ways.

Marlon is a little intimidated by dogs.  He doesn't like aggressive play or loud barking.  When the pups were born he liked the one with the shin pads.  After I decided which pup we were getting Marlon believed he had chosen the pup we were getting so apparently we agreed.  He likes her gentle demeanor.  While he liked to visit the puppies, he was sometimes nervous around their puppy rambunctious ways.  He has always liked ours best.

While there are warnings not to get a sick puppy, do we really have a choice?  Only sorta, kinda, not really…. Sick one or none at all. 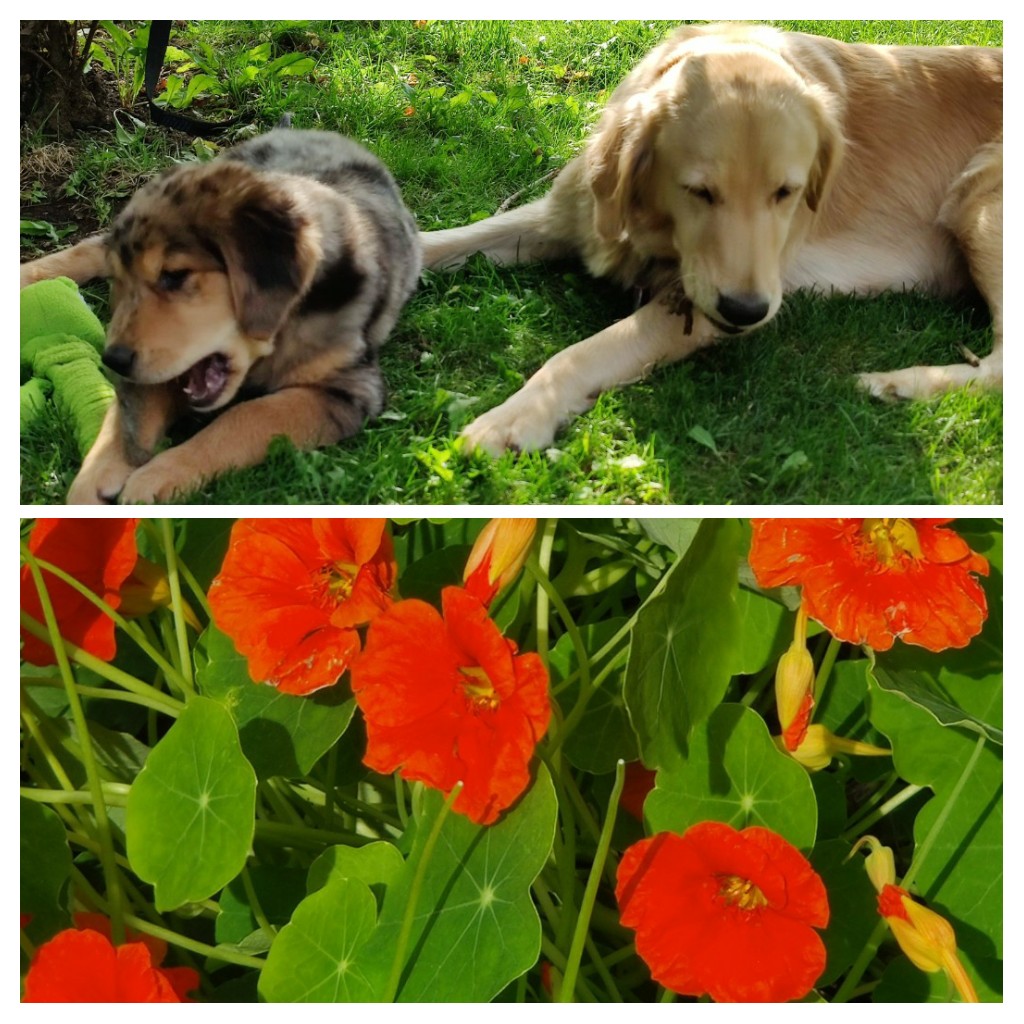 The pup they are keeping and mama Rosy, both chewing on bones.  Ours had already gone inside.