Tired today.  Hit by the runaway night brain last night so I didn't get much sleep.  Thinking about dogs and feeling so sad for our puppy that we haven't been able to take home yet (we were going to this week).  In the middle of the night, I didn't think she'd make it.  She is still alive and it sounds likely that she does have 'puppy strangles'.  When I first saw her on Saturday and searched up puppy illnesses, I felt that is what she had.  Apparently not common at all so I wonder why.

I had to get up this morning for a scheduled hospital visit.  We got to the hospital and I assumed it wouldn't be that long as Marlon needed just a quick 'push' of chemo.  Five hours later we finally left.

The doctors and physiotherapist want Marlon to have a brace for his legs.  They aren't improving as they should be.  The mere mention of braces has him crying.  They'll reevaluate next month.

They also checked out his arm and suggested he get x-rays just in case.  If it is a fracture, the steroids he was scheduled to start today could interfere.  He wouldn't need a cast but a sling would be sufficient.

We got home at 3, I made Marlon lunch and went to visit puppy.  So sad, she can't even stand she is so weak.  While sitting with her, the hospital called to say Marlon does have a fracture, hold the steroids, and the arm does in fact need a cast.  A while later the doctor called back and said he should keep up with steroids so both puppy and Marlon started Prednisone today.

So back to McMaster we went and emergency was busier than I have ever seen.  Standing room only.

It didn't take long to get to second check-in point and with Marlon's history, they didn't leave us in waiting room.  Instead, we were ushered into the 'resuscitation room'.  Ack, memories of April 13.  We didn't have to wait long before the same doctor that we had on that fateful night came along to cast Marlon's arm.  We spoke of that night and I told him I had a reaction to being ushered into the room today and he mentioned PTSD.  Not quite that bad but it is a physical and emotional memory.

Last week, Paco drove me home from emergency in the rain, and tonight I drove Marlon home in the rain. 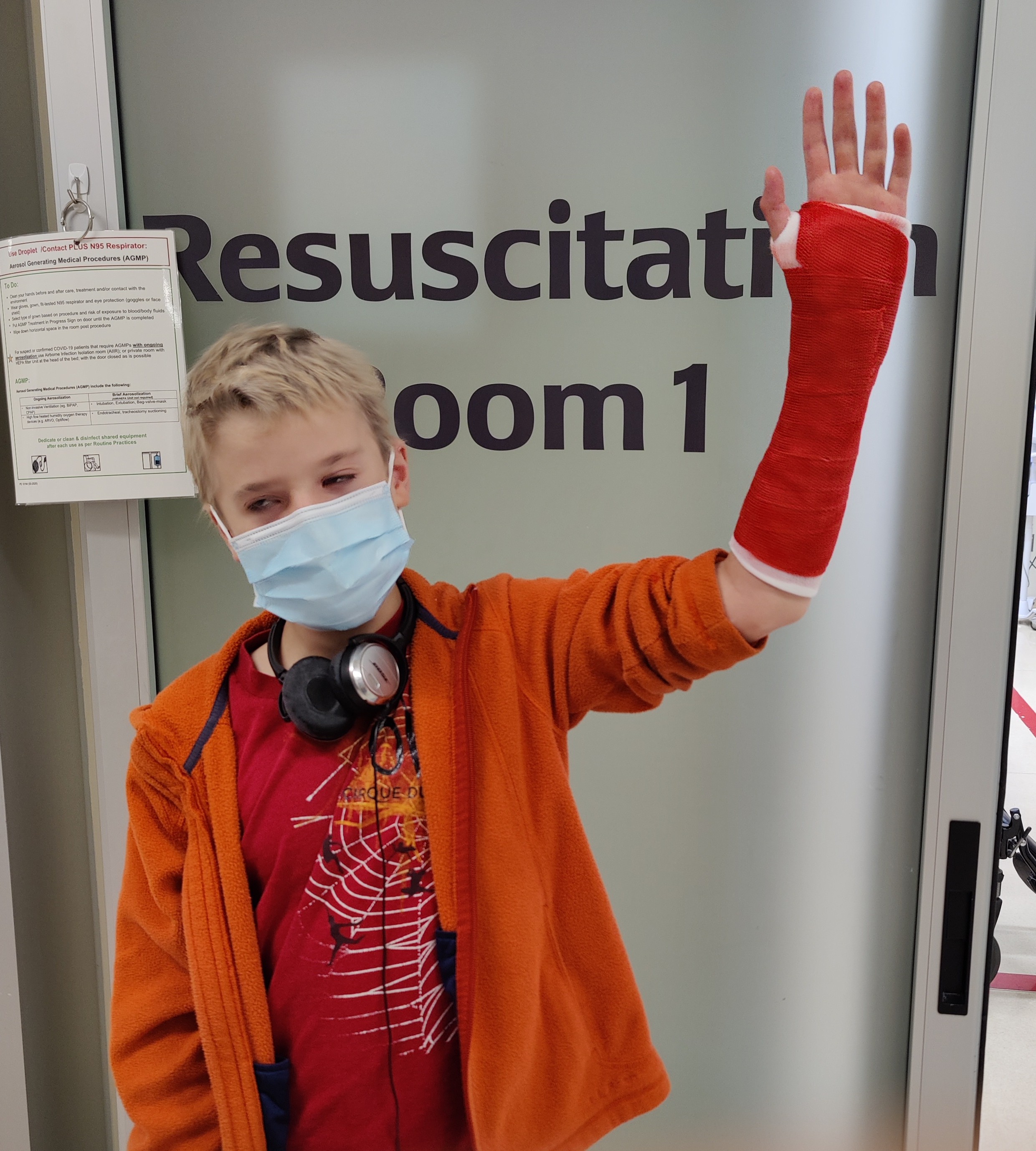