After working today, I rushed home to run out the door again.  There was a picnic with a group we haven't done much with in years but I thought it would be fun to see them again.  I tried to convince Marlon to come along with me but he was playing Minecraft with friends.  It was probably better for me he didn't come along as he would have been pestering me to leave.  There were kids of all ages, I got there at the end, and he likely wouldn't have connected.  I appreciated seeing a lot of great people I hadn't seen in years.

While I was making supper, Marlon created a 'board game' on paper for us to play.  He was feeling fine and I noted he hasn't had his anti-nausea pill.  Next thing I knew he was very nauseous and then threw up.  Poor guy, it doesn't take much.

Little puppy is being taken care of.  She still isn't feeling better and may see a vet tomorrow (she saw a horse vet today).  Out of the nine puppies, five have gone to their new homes.  Now there are 3 boys and the girl.  By next weekend all except one will hopefully be in their new homes.  They are keeping one. 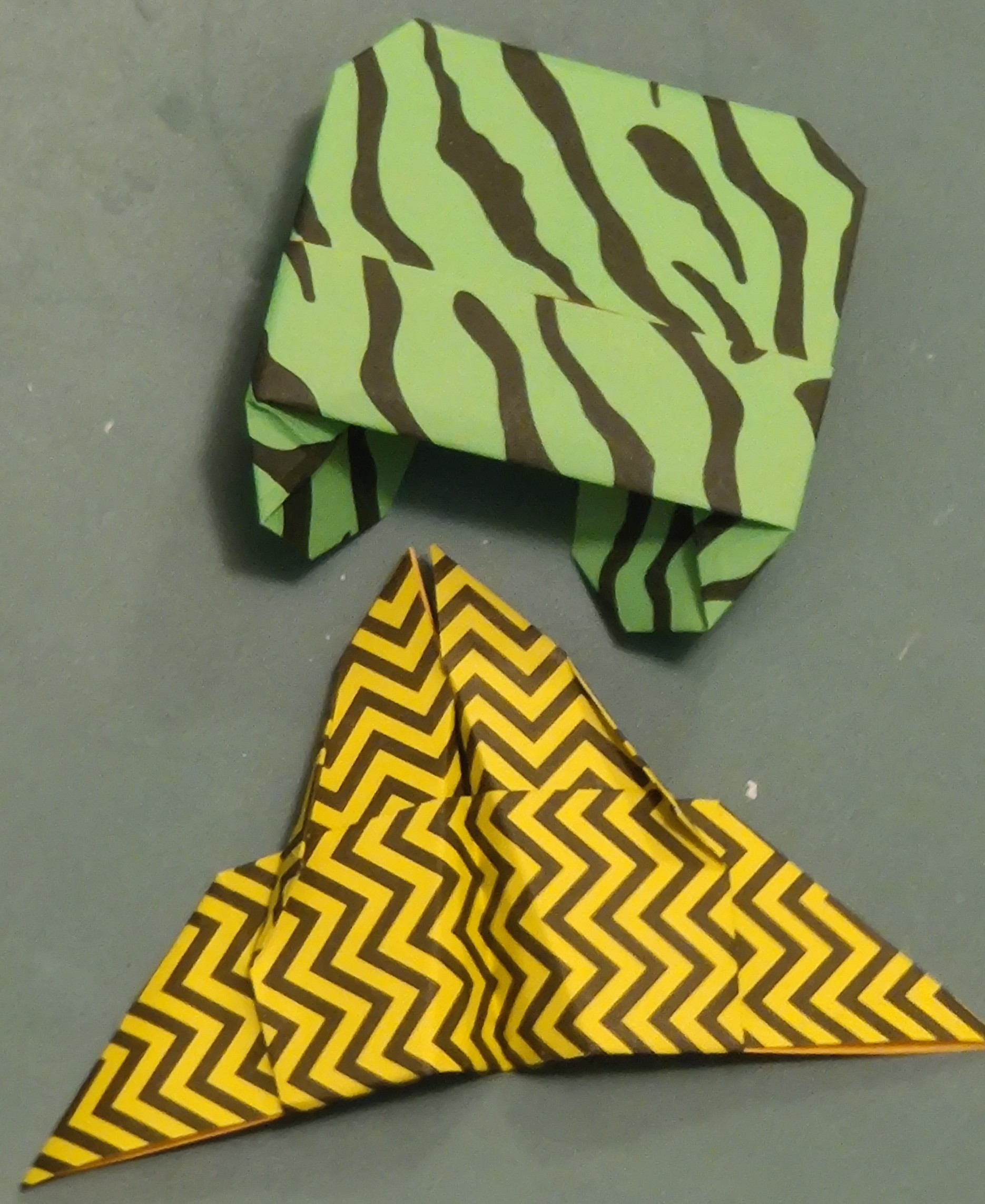 Marlon actually folded some paper today.  It has been a while.  A simple frog and butterfly but it's something.