Before last year, Marlon had participated with the Guelph Outdoor School.  His Mondays were spent outside with other kids.  A while ago when I asked him if he would consider it again, he was not ready to.  Last week I mentioned it again and he was interested.  I like the idea of him spending more time outside and away from devices so I was happy he was willing to try. Today was his first day and both Thomas and I were wondering how he was doing.  A big step.

I dropped Marlon off and then continued on into Guelph.  First time driving since hurting my eye and it was hard.  My eyes couldn't handle the light.  I never wear sunglasses but I bought some today and they were a lifesaver.

In the afternoon, I heard from the leader of the group, saying that Marlon had taken a fall and hurt his wrist.  He was very upset so I went right over to pick him up.  He was still sobbing and crying.  So many bad things happening and he couldn't take it.  And Minecraft is the best thing in his life and he wouldn't be able to play.

Not sure if it's a sprain or maybe a damaged muscle but he did find a way to play Minecraft even though it still hurt.

I wonder if he'll be willing to continue with outdoor school… 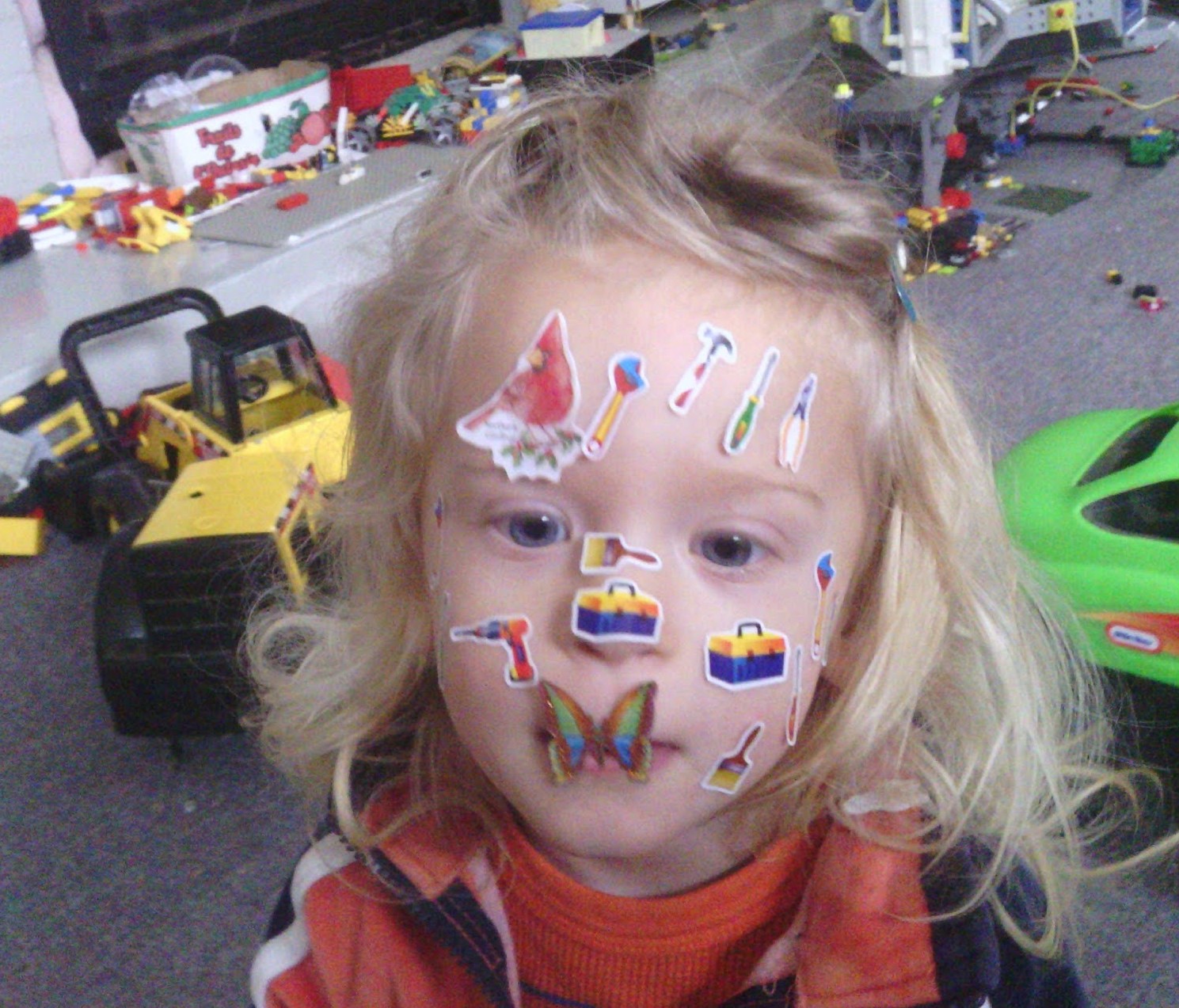 Just a kid covered in stickers, surrounded by toys.  What a long time ago.