A smooth day.  Marlon had his weekend Minecraft morning with friends.  He is still feeling his legs from yesterday's park day.  His left ankle has a little more flexibility.  There doesn't seem to be much change in the right leg as it is still weak with no calf muscles.  I am watching for change.

This evening, he was playing Minecraft with a friend and had to get off because he was feeling nauseous.  He was earnestly telling me he is addicted and didn't trust himself not to go back to playing too soon.  We sat together, he breathed and listened to his body.  He has always resisted deep breathing and was saying that when he is told to, he won't do it.  But, because he was motivated to get back to his game, he was willing to do his deep breathing.  After his break, he played some more and was fine.  When he got off he was excited about crashing the game. 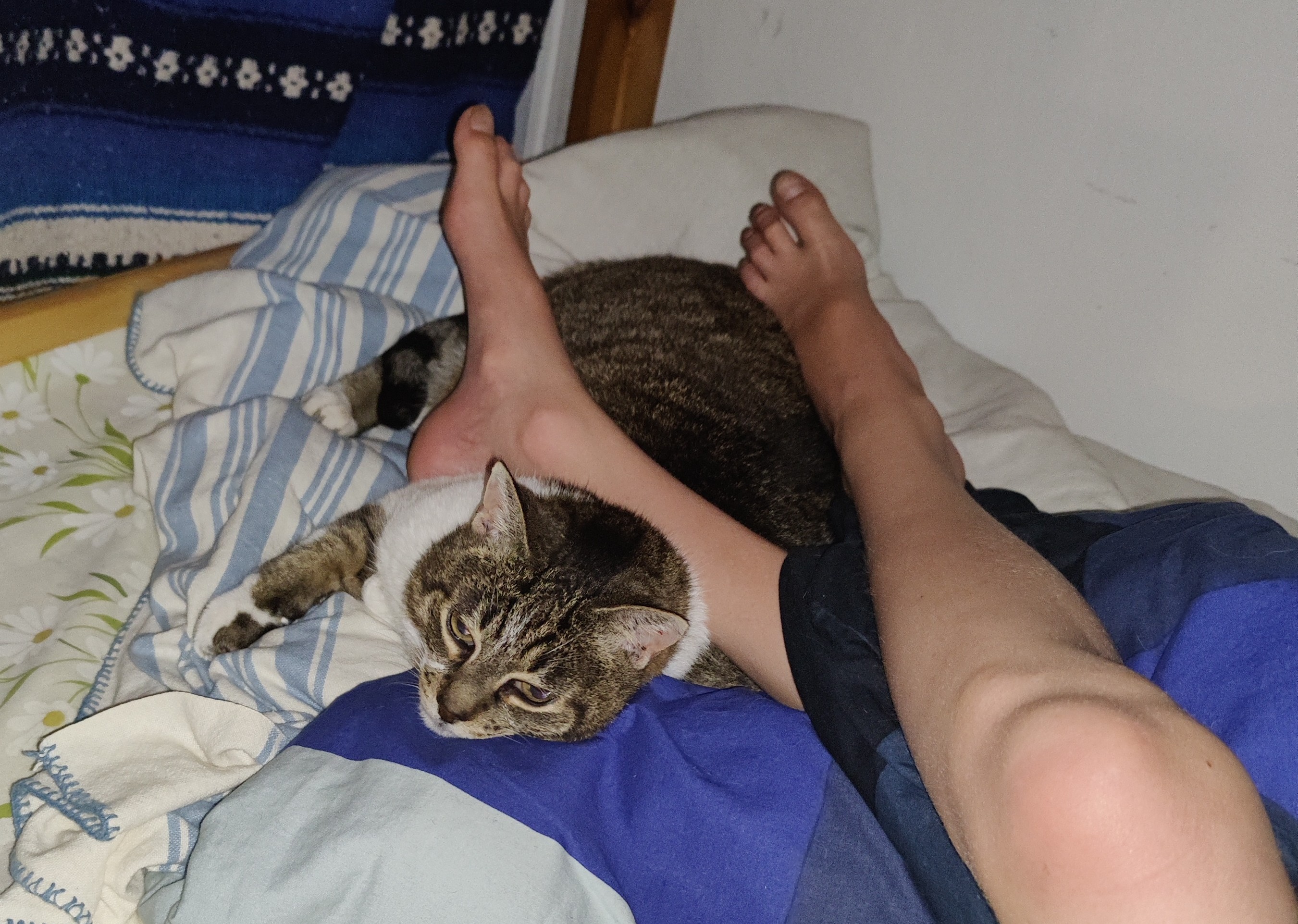 The other night, I was looking for Mojo and glanced on Marlon's bed and didn't see him.  We shined a light on the bed and saw him looking squished and content.