Last night when Marlon and I were talking about today's plans he was asking which park we were going to.  He said 'Oh, is it the one near the long road that is really short?'.  Uhhh…  but it is.

We drove past Longfellow Road that is so short it has two houses on it, one on either side.  He gets a good laugh about it.

Today was the Not Back to School park day.  Several families get together and kids of all ages run free while the parents chat.  So nice to see the kids interacting and though Marlon was not able to keep up if they were running, he tried his best.  Makes me realize again he just isn't getting enough exercise on our days at home. 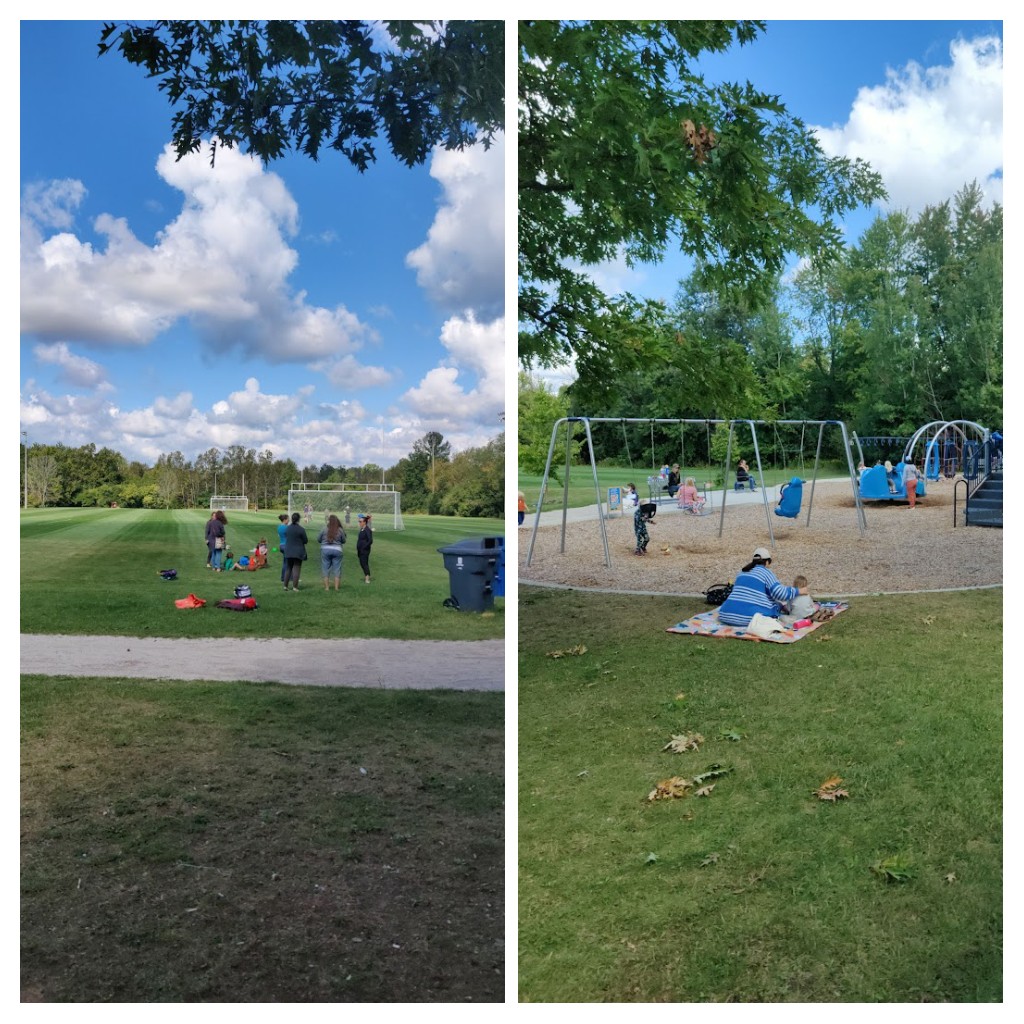 After a couple of stops, during which Marlon barely got out of the car, we were on our way home.  He was feeling quite sick and nauseous but luckily that feeling passed.

Going to bed tonight, he was saying his legs were so sore and tired.

The good news is that Linsy has a job that she starts next week.  Working at a bakery and we hope she likes it and is happy there.