Last year, I had planned on going on the annual canoe trip and maybe even taking Marlon.  It's not something I have participated in since having kids.  For various reasons, it didn't work out.  I had figured Marlon's pains would be gone and in retrospect, I am glad we didn't end up going.

It is a year ago today that I took Linsy and Marlon to Niagara Falls.  I wondered if the distraction may help his pains.  No, he was just miserable because his arms hurt and he was unhappy. 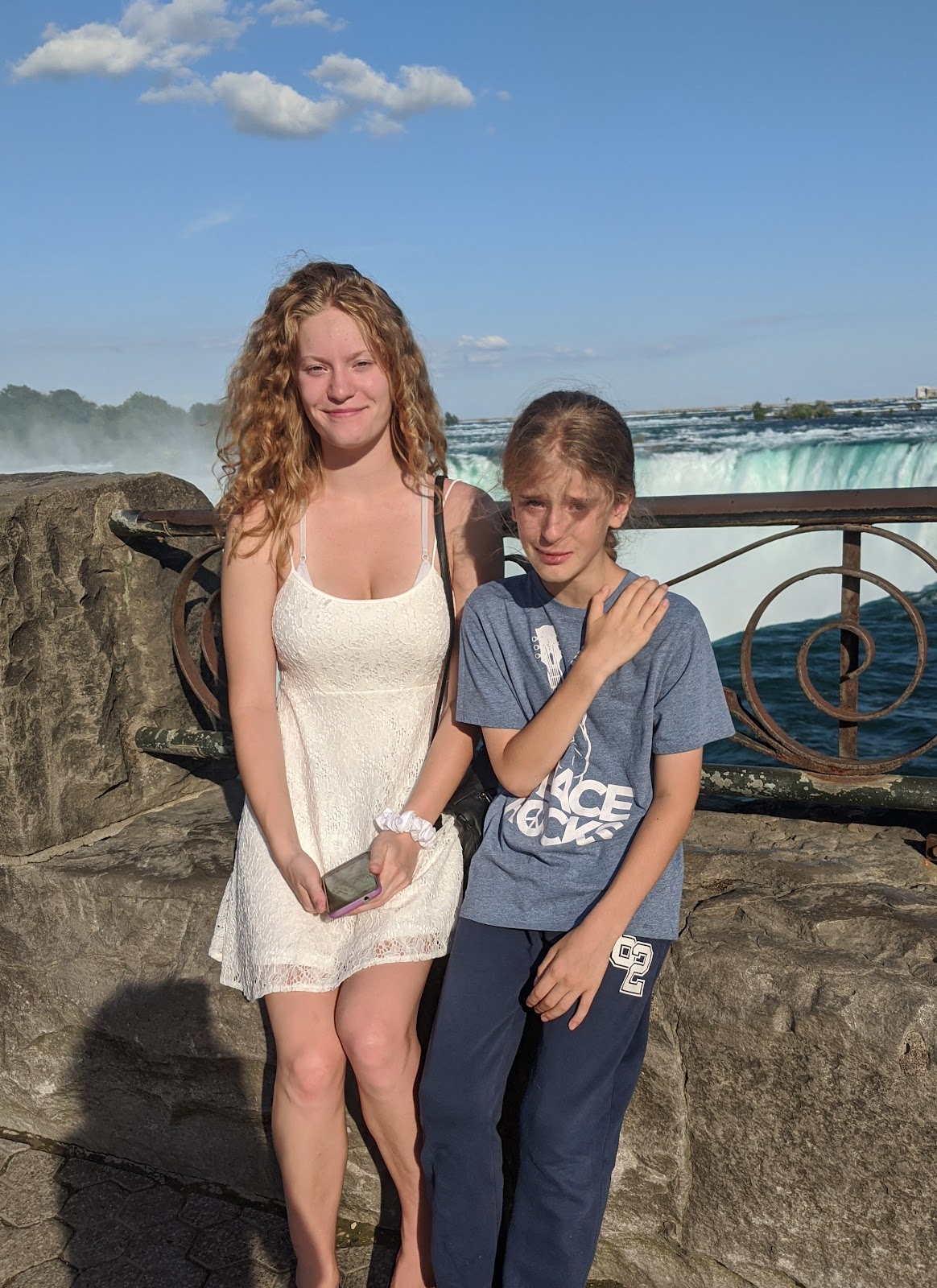 Luckily, today was a much better day than a year ago.  Yesterday with lunch, Pamela had falafels.  Marlon tried some and since then he has been asking for more.  I didn't get any today but maybe tomorrow.  We'll see.

This evening, I did go for a walk with a friend and her dog.  It was nice, but it was after 9 when I got back and Marlon was not happy I had been gone for over an hour at bedtime.  So he stayed up a bit later, we had a chat, and I have been forgiven.