I was brought up with the idea that you only used bandaids if you needed to stop bleeding.  Cuts were best left to air, rather than cover.  I think Thomas was also in that camp and I never really questioned it.  I would get a cut on my hand and think of a week of discomfort with the cut splitting open and getting worse and more painful before getting better.  Being in the kitchen so much, my hands are always being washed and cuts don't heal quickly.  Enter bandaids and my life is transformed.  I have realized they help more than just bleeding.  I wear a bandaid for the first few days of a cut and it heals fast and well.  Revelations after the age of 50.  I think of it today as I cut my finger while working in the garden.  Nothing serious, no blood but that doesn't mean I don't need a bandaid.  The silly little things that make a difference.

Today in the water, Marlon was seeing how far he could swim underwater.  Back and forth.  I think I need to get him a mask rather than just his goggles as one hand is used to plug his nose.  Either way, good exercise for his lungs and body.  And to think less than four months ago he was on oxygen. 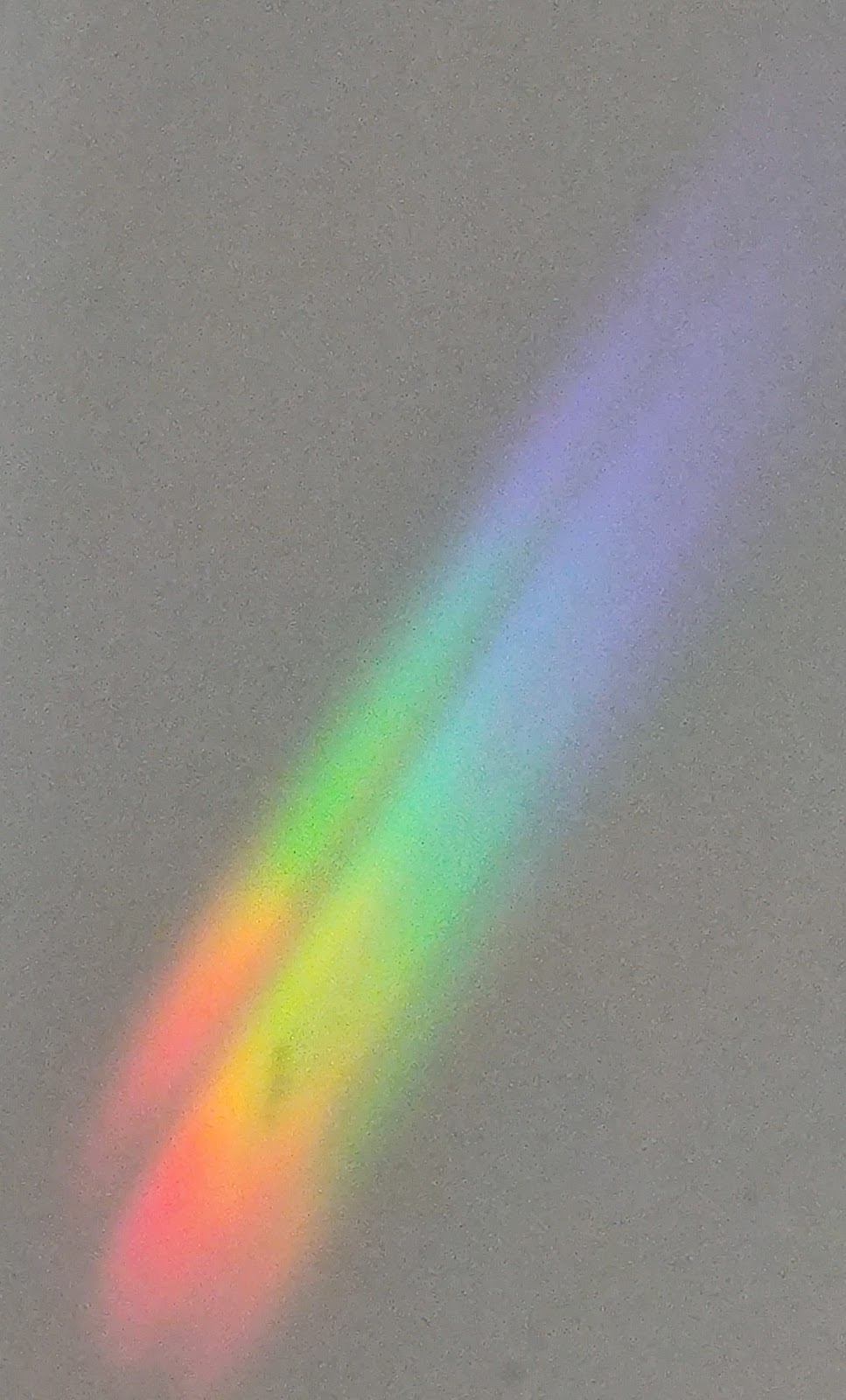 I do appreciate the morning sun shining through the crystal in the window and giving us rainbows on the wall.  A wonderful start to the day.