This evening, Marlon and I were outside throwing a ball around.  Josephine and Stella came out. Stella would not stop barking at Marlon.  We weren't sure what she was going on about.  Now I wonder if she just wanted to engage him in play.  She was wagging her tail.  But she was also trying to nip him and only succeeded in scaring and upsetting him.  She's still just a pup.  Make me think of a little kid that is antagonizing, usually the parent or maybe another child.  They are having fun and enjoying their game but it isn't necessarily ok with others.  Just like a toddler doesn't understand, so it is with the dog. Shake it out and be crazy but maybe not scare others.  She'll learn.

Last week at the hospital, I was getting several prescriptions filled for all the medication he'll be taking from now on.  I had ordered one of his pills the week before but forgot to pick that one up while we were there.  So I will be taking a drive to Hamilton to pick up a prescription.  At least Marlon won't have to come along. 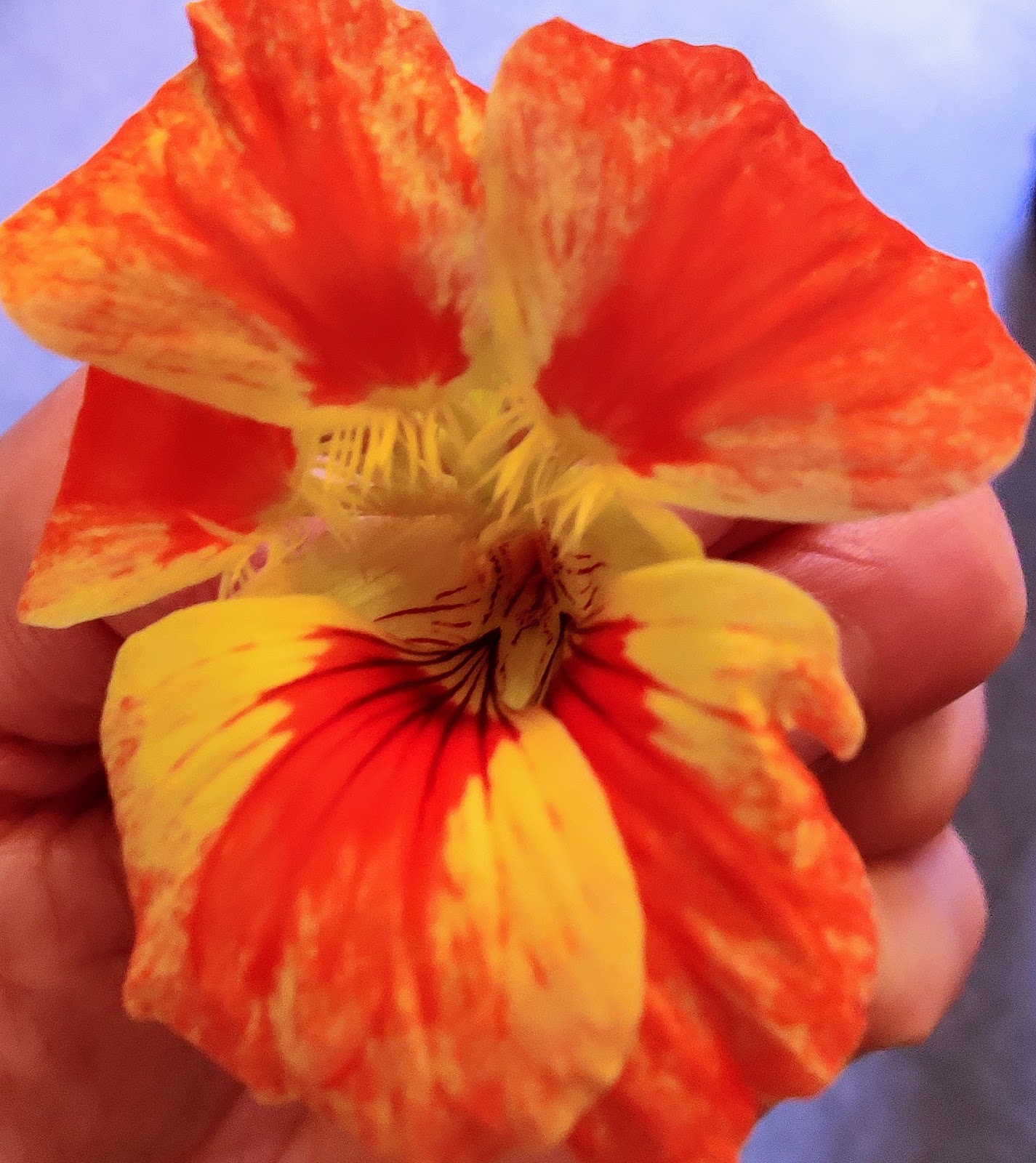 A beautiful nasturtium flower.  Ours are not normally multi-coloured like this one.