We left Montreal and will spend a few days at the cottage.  Before leaving, we visited with Lawrence as he wanted to show Marlon the Athena statue near his place. 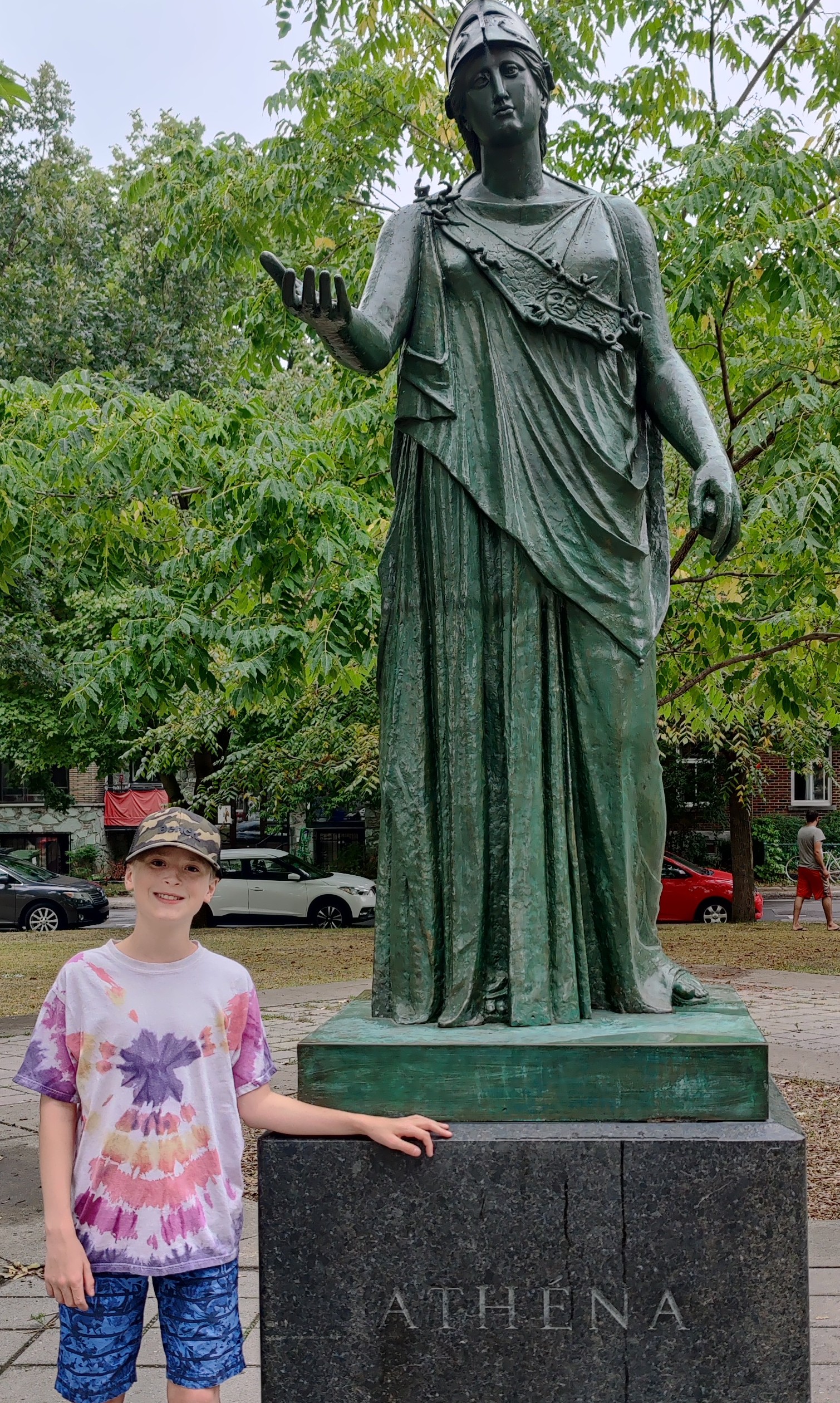 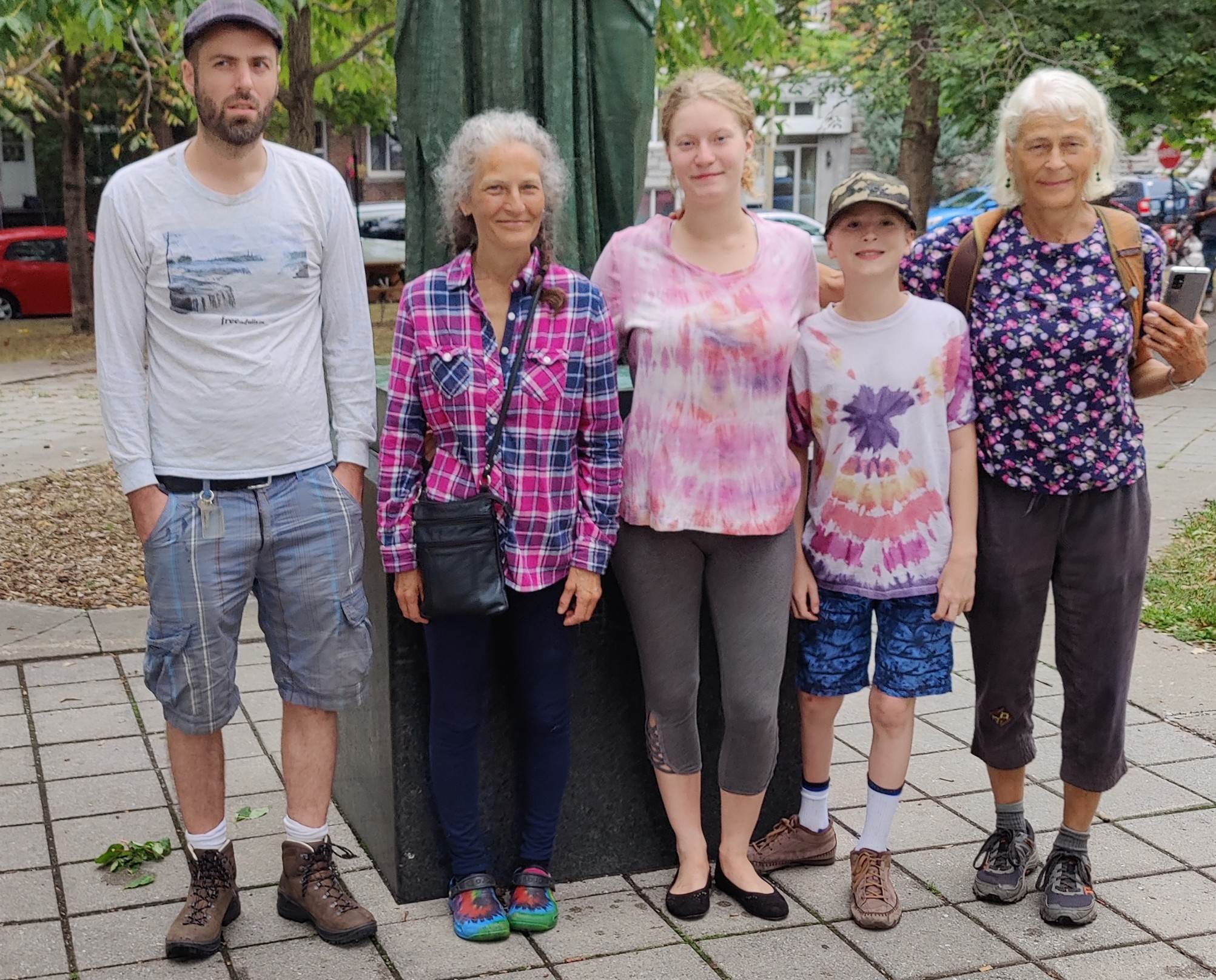 We didn't get to Olivia's cottage until later in the afternoon but still had time for a swim before supper.  Marlon was saying he'd rather swim in pools but still enjoyed the swim.