It has been an emotional day.  Not because of anything bad.  Just life.

Marlon had an existential meltdown

'What is my life

What is truthfully the point of it?'

He took many of my suggestions and turned them on himself to fuel his upset.  All this work he has to do to get better, even rebuilding his strength and health.  His long cry was sad and emotional.

He recovered and got extra time while Moira, Linsy, and I went out for a walk.  He needed a recovery day, and while Minecraft and videos may not be nourishing his inner self, an escape is not always bad.  We were gone a few hours and Marlon was fine and happy and in good spirits when we returned.

We had two Lawrence's over for dinner.  One is my nephew who lives in Montreal, and Moira's house co-owner and friend.  Big Lawrence, as Moira's friend is called, has been part of our family for over thirty years and he used his smoker to make pulled pork for our dinner.  Marlon really enjoyed it.  A good meal with good company and conversation.

After dinner, another of Moira's friends we have also known for many years stopped by, but that wasn't so good.  He was inebriated and managed to upset Linsy.  Not being rude but more unsupportive and speaking to her insecurities.  That was also quite emotional.  Linsy did leave the room and he left soon after.

Little Lawrence, who is in his 30's and not so little, played with Marlon and a paper airplane and spoke supportive words to Linsy.

Just another day with highs and lows. 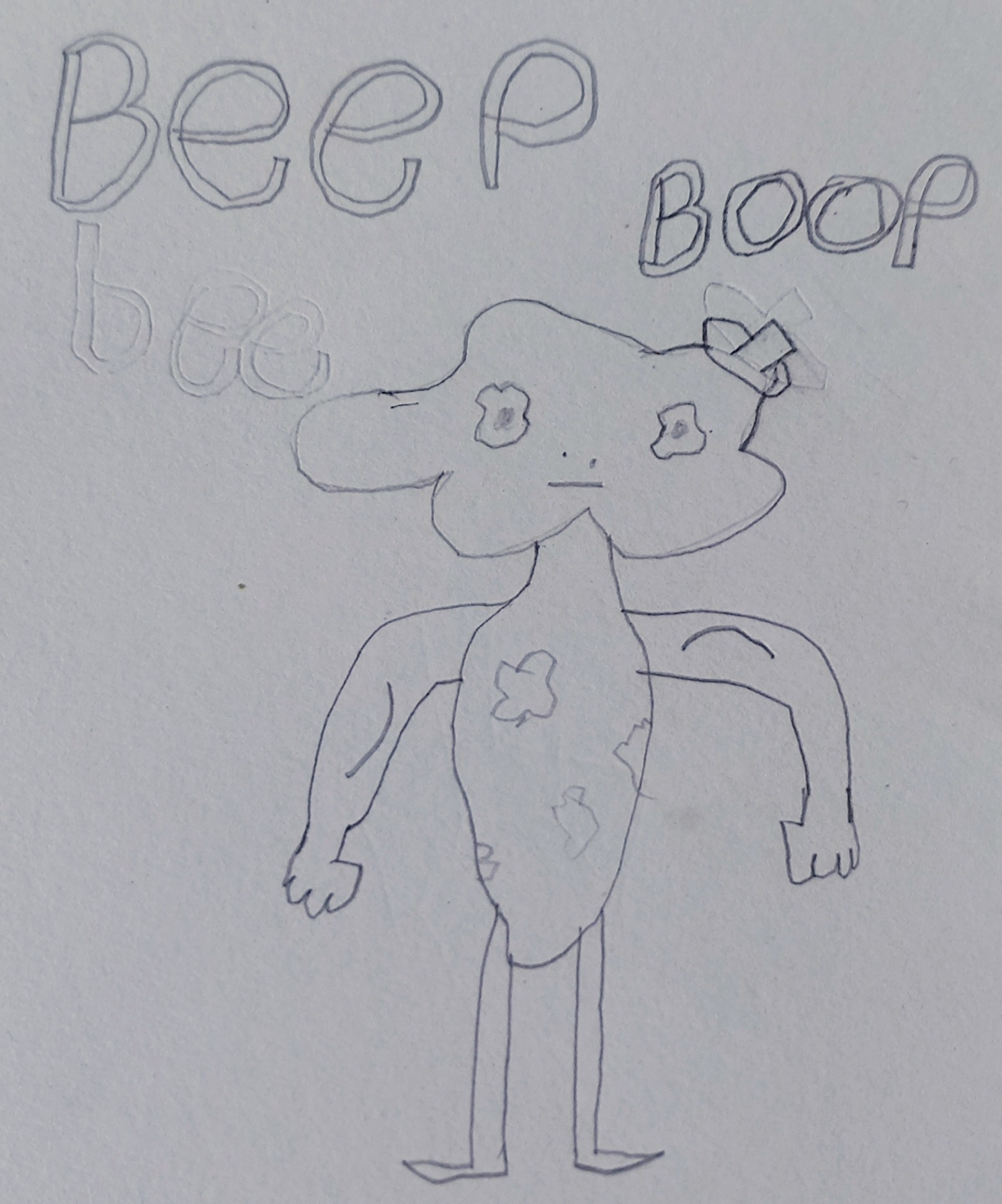 Looks like a frog?  He said it was supposed to be 'Bleep' but he forgot the 'L'.