One of my mom's fears was boredom.  Her parents locked her and her two sisters in their attic for a week during the war.  This was to save them from soldiers.  That must have been incredibly boring.  I believe I have inherited some of that fear.  While I am a fairly solitary person, the thought of having long hours with just myself leaves me feeling nervous.  So I keep myself busy or distracted.  A diversion.

The sample people at Costco have been asking about Marlon.  They haven't seen him.  Without the samples, he has lost interest in going with me, and to do my part to keep the number of people down, I go alone.  And most of them now know that he has been undergoing treatment as well. Things change.

Marlon was playing chess online with a friend today.  He was saying that after a while he loses interest in the game and doesn't pay attention to his moves.  He always says he is easy to beat. 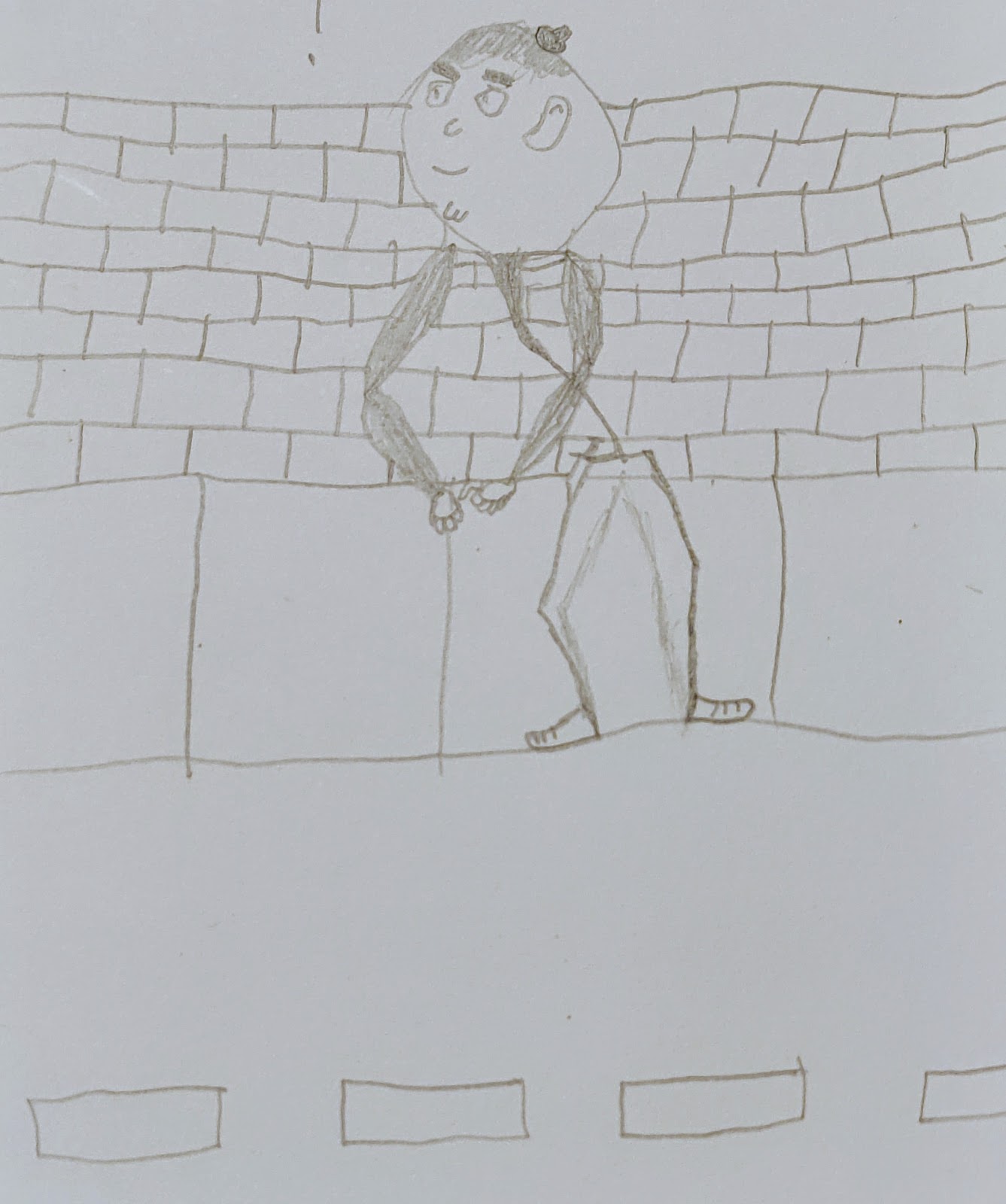 His stick-figure flexing his muscles while standing on the sidewalk