It took Marlon a while to fall asleep last night.  The day's chemo had definitely caught up with him.  Lying down felt worse and he was nauseous and uncomfortable.  Eventually, with extra pillows propping him up, he fell asleep.  He did throw up in the morning and is worn out by feeling so bad.  He is done with all this.  Luckily, he does have better times when he is feeling ok, and not so drained by the treatment.  All things considered, the rest of the day was pretty good.  He was able to eat some, didn't throw up anymore, and his mood was much improved over the morning.

The cat was needier today so I gave him extra lap time.  Probably missing Linsy.  It works well to be with both Marlon and the cat at the same time. 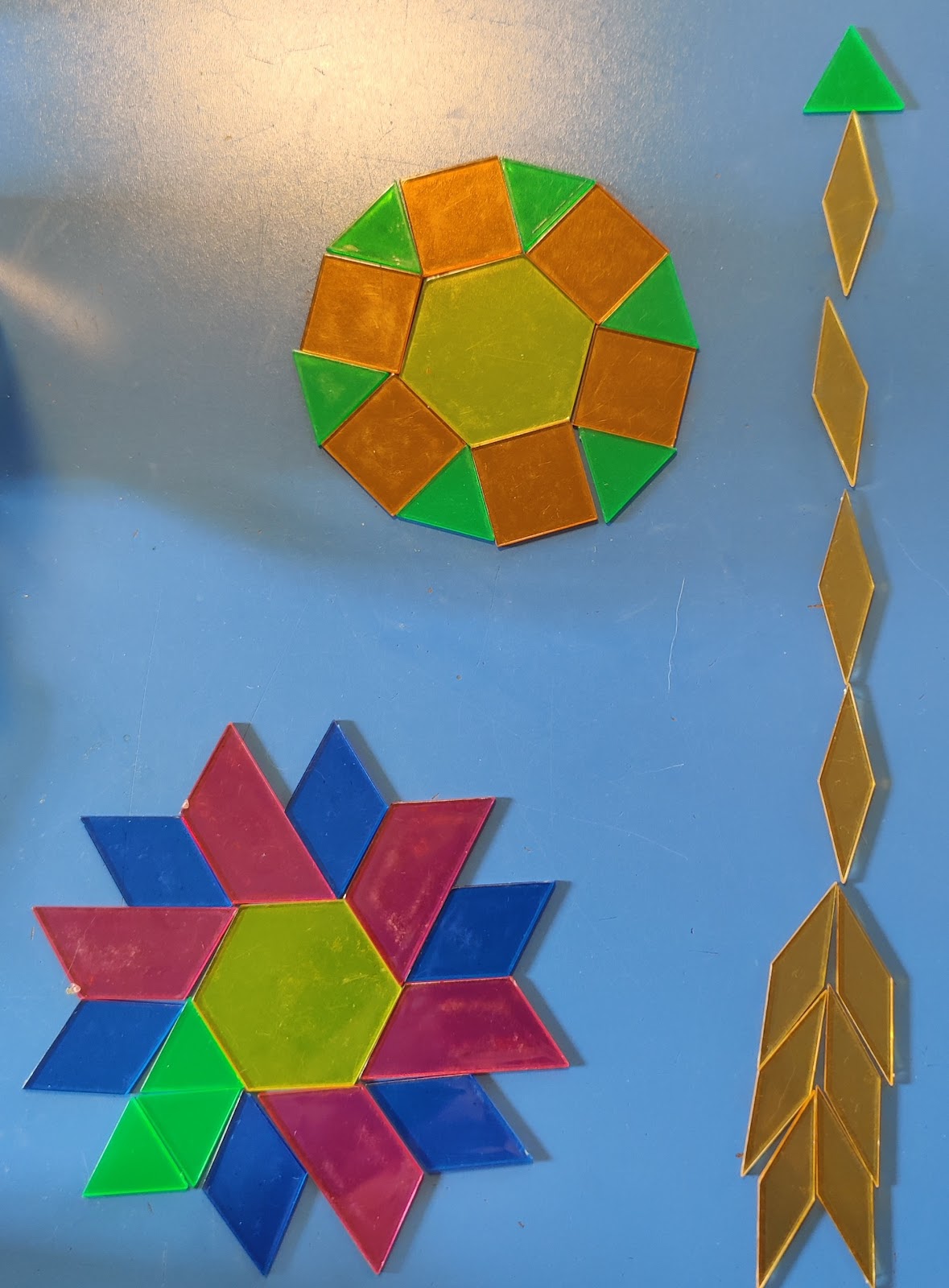 We were playing with geometric shapes.  He prides himself in having a good sense of shapes and being able to see the outcome before putting them together.