Last week, finger poke was slow and took us over an hour for Marlon's turn.  Today, we walked in, waited a couple of minutes, poked for blood, and on up to clinic.  The nurse at finger poke did say she had seen lots of kids already.  True, the clinic was full.  We were given a pager and told to go 'elsewhere', waiting room, cafeteria, a walk…  We waited 2 hours and then the pager told us we could go to the ward.  It was still over an hour before the chemo was administered and we were set to go.  A lot of waiting around.

Shortly after we got home, Marlon went for a swim.  This evening, I asked him how he was and he didn't seem to be doing well.  I was concerned he was already feeling the effects of the day's chemo.  No, he was just bummed about a game he plays on the phone.  He 'died' twice and lost a lot of 'money'.  If that's all it is, he'll live to see another day with highs and lows… 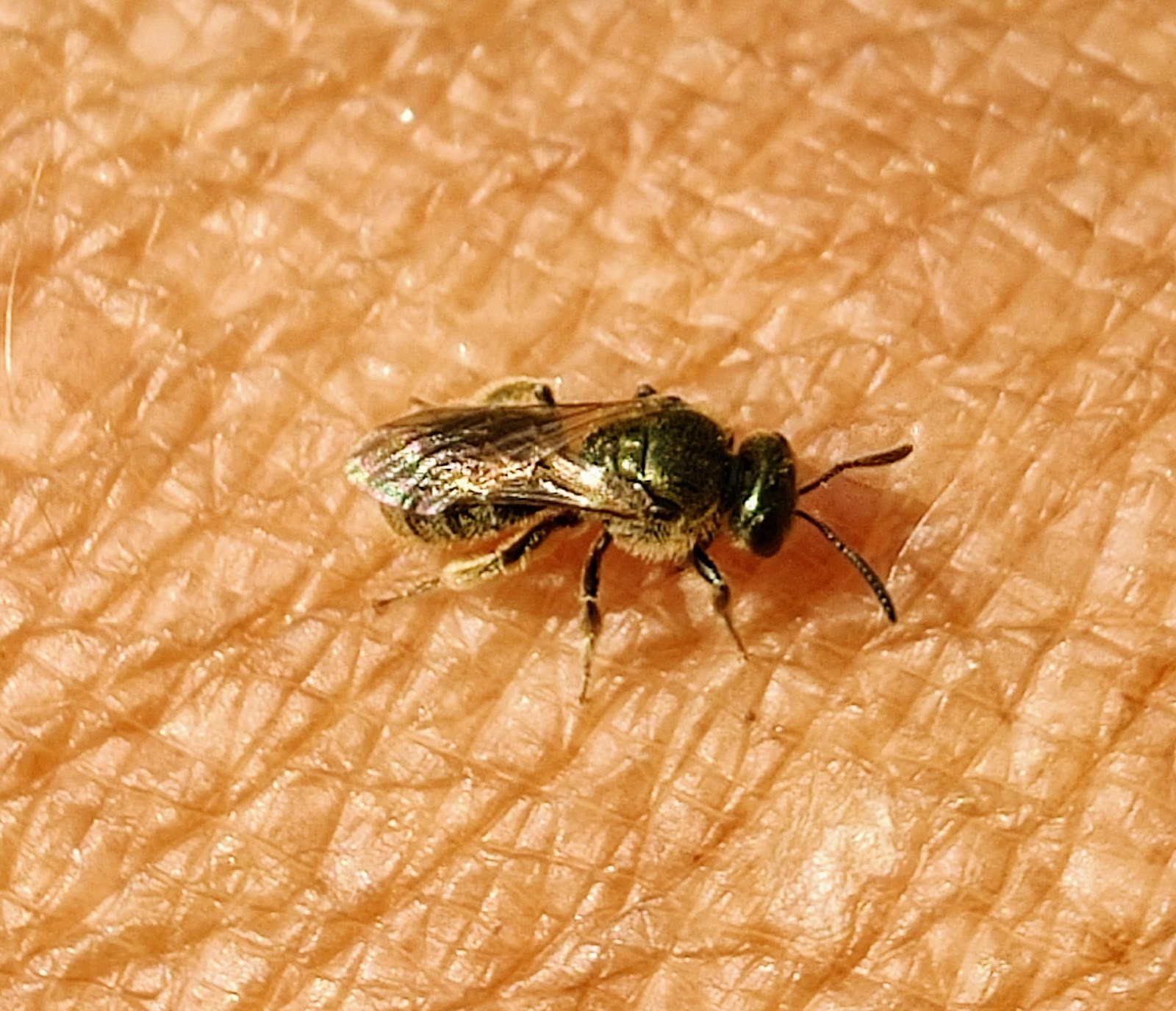 I was watching a bug on my arm and then took a close-up.  Oh boy, my age is showing in so many ways.

Speaking of age, Paco pointed out the cars' license stickers expire in July.  I looked and so do my health card and driver's license.  Good thing he caught it.  A year and a half ago I was caught with an expired sticker six months after it expired.