Marlon was unimpressed that I was not around much today.  In the morning, Linsy and I helped a friend move, and it was a late lunch by the time we got back.  I picked up subway and made the mistake of getting mayo on his pizza sub.  He did not like it.  I messed up.  He was upset.

In the afternoon, Linsy had an appointment and afterward, we dropped some things off at Kim's new place.

Marlon felt quite sick for a while in the evening but it passed.

When he had long hair, he liked his 'tail' and the attention the long hair got him.  It was sad to let it go.  With his sickness, he gets a different sort of attention and he feels more uncomfortable with it.  He doesn't know how to react.  Fair enough.  As his good health is more consistent, how he is perceived will change again.  That will be another adjustment. 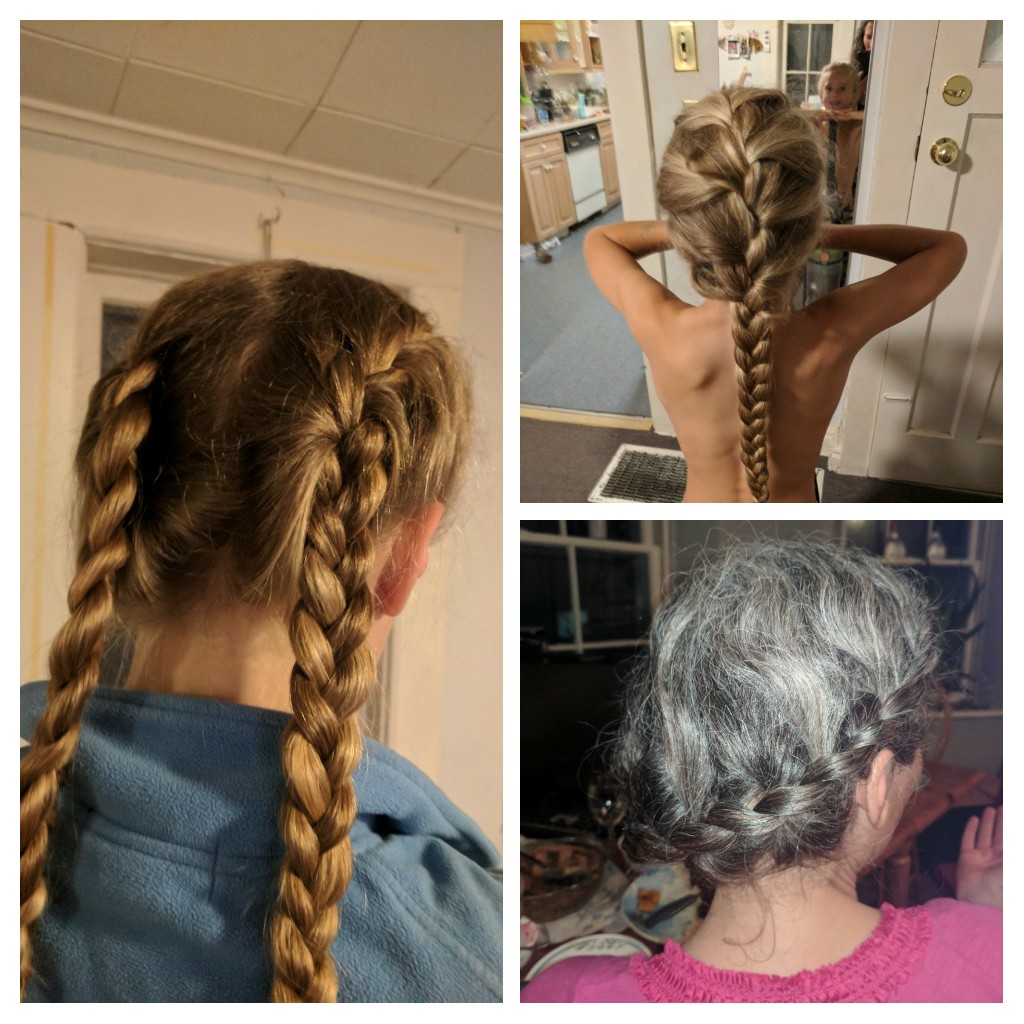 None of these pictures are very recent but some nice braids.