His blood counts were high enough that Marlon has officially entered maintenance.  This is exciting but for now, it is overwhelming.  We met with the doctor and got a list of medications he is supposed to take.  Some twice a day, some different number of pills each day, one, once a week.  Some with food, some before.  Yikes!

The benefit of this time is there is no more aggressive chemo, and the body will start to rebuild.

Before he is about to be accessed, I put a drop of peppermint oil in a mask that he wears.  The smell is strong and distracting so he doesn't pay as much attention to the access part of it, and he sure doesn't notice the bad smell of the cleaner they use.

When he is being put under for the LP, they push the sedative into the port.  Marlon has gotten used to the sensation and can tell when he is being taken over by sleep.  Today, just before he went under, he said, 'So long suckas'.  A chuckle goes around the room and the doctors and nurses appreciate the comedic relief.

The past couple of times, Marlon has been quick to wake after the sedation and is in a rush to get out of the hospital and get food. 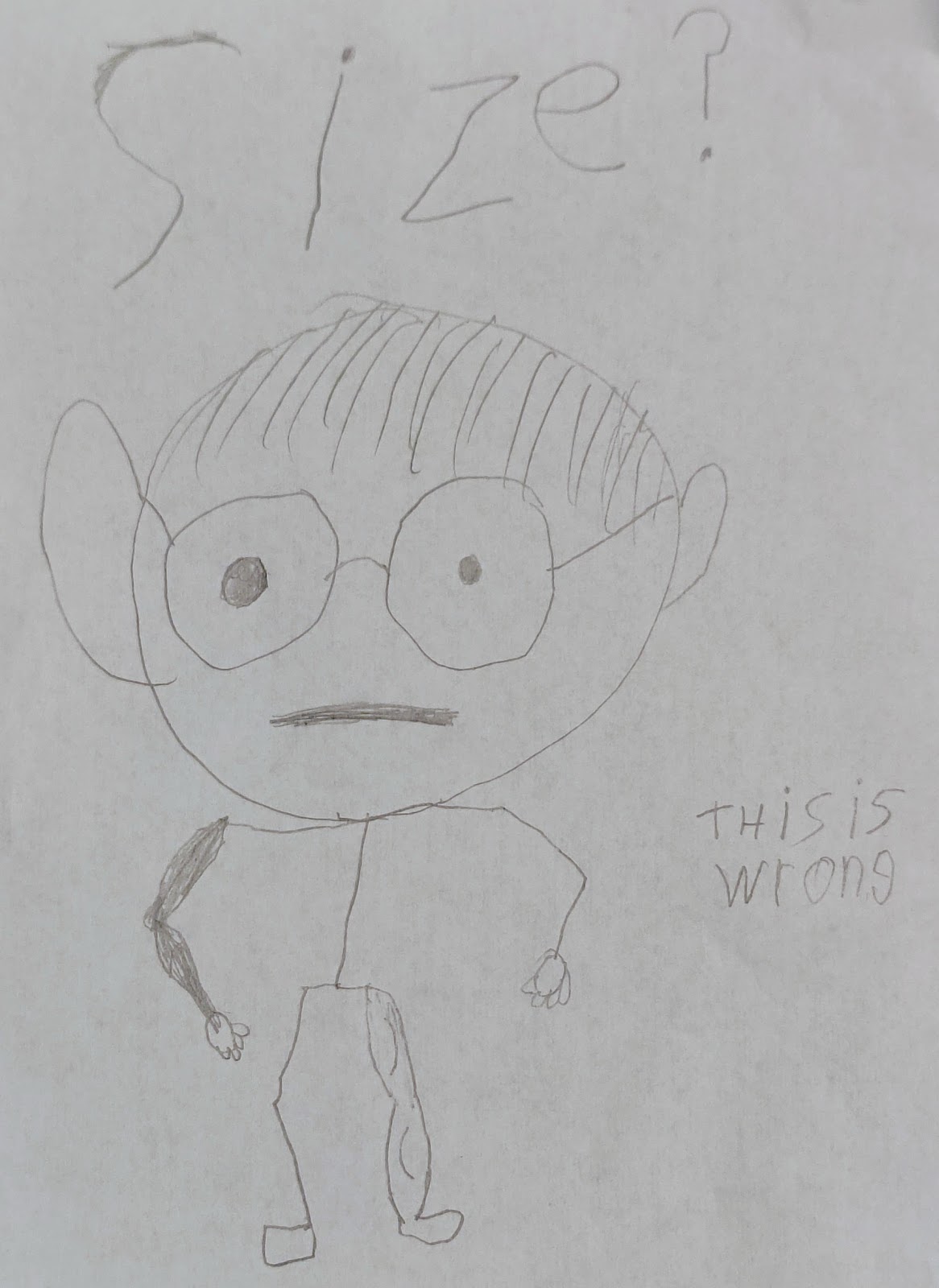 He was playing around with 'size'.