His symptoms seemed to be easing up a little and one night Marlon is telling me not to worry, it is all getting better, he is healing, he can even walk without limping.  Not even 3 hours later he is screaming from bed, his right elbow is hurting.  Bad elbow pain sometimes down to the wrist or up the arm.  Bad days and a couple of practically sleepless nights and then the pain was in the right leg.  More sleepless nights crying on and off all day long until we are almost 4 weeks into the pain.  I come home from work at night to see he hasn't even eaten breakfast.  During the last 4 weeks, he was not eating much due to the pain and misery. Then, there is a tooth that is hurting as well.  The dentist can't see him because he has an elevated temperature and is sick.

Crying out in pain during the day as his right leg (mostly thigh and some knee) hurts so much.  Right arm is useless from pain and eating next to nothing because of tooth and jaw pain...

Then the toothache esses up, the leg is mostly better but sensitive.  Right arm is basically useless because he won't try and then the left arm starts to hurt again.

Thomas had been giving Marlon some herbs and supplements.  I had an appointment scheduled with a pediatrician.

Before that, we saw a naturopath, and after that appointment, he had blood work done for the following week's appointment with the pediatrician.  This was a Friday. Monday, August 31st, the pediatrician calls me saying the blood results are coming in and he is telling me what he sees, this, and that.  Then, he abruptly says he will call me back.  A while later, he calls back to tell me what he saw on the blood results and that he had spoken with a doctor at McMaster.  It was leukemia and we were to go immediately.

I remember where I was standing.  I was outside as I had learned that these calls disturbed Marlon so I kept away from him.  And I was confused.  Cancer?

Before heading to the hospital, I saw another doctor I had been in communication with to get a second opinion.

And that is how this last year began.  August 2020 was a bad month, and it has been a rough year. I am hoping this August will be much better.

Today he swam, and he is getting stronger.  Tonight, we played connect 4 and Mojo joined us. 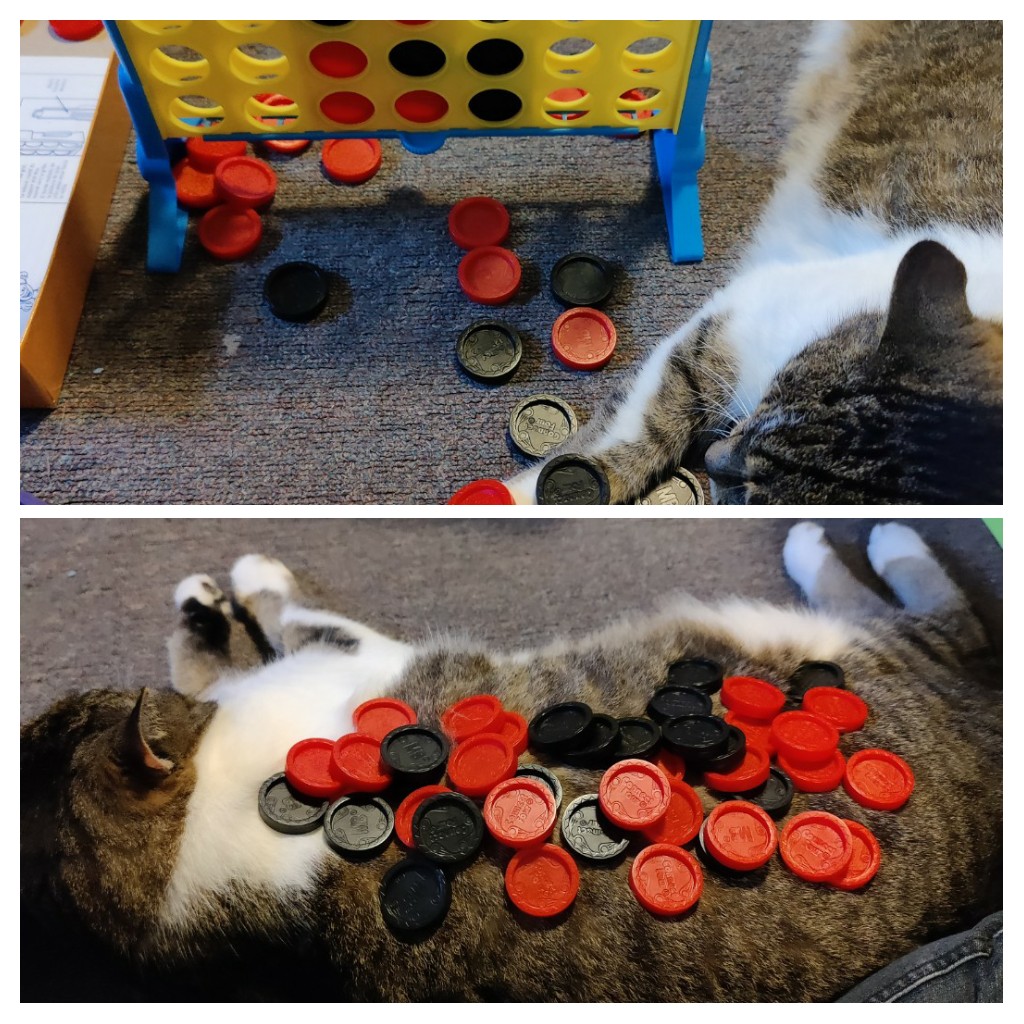