This is the next part of last summer.  At first, I thought it was growing pains.  Marlon has never had a high tolerance to pain.

Why did we never go to emergency?  If I were on my own I would have but I had others to keep in mind.  Also with all the stories of separation and covid, I imagined not even being allowed in the hospital with him and knew that would not work.  It was not possible to just make an appointment with a doctor or go to drop-in clinic...

On July 30th, in the evening just before bed, he complained his left arm, around the elbow, hurt. That night, because of the pain, he did not sleep well nor did he for days after.  Crying from the pain, being woken from it if he dozed off.  The pain moved around, starting in the elbow into the upper arm and shoulder, sometimes also in the elbow and upper arm on the right side. Eventually, the pain settled in his shoulder around the tendon and was slowly healing.  He still could not use his arm, even moving it hurt extra but was better sleeping.  Two and a half long weeks after it started.

Breathing a sigh of relief and then on the Monday night, his leg started hurting.  Another sleepless night with pain in his right leg - lower leg and knee.  For a few days, he could barely walk and again didn't move much from the chair other than go to the washroom.

By this point, I had spoken to a doctor who had referred us to a book pediatrician.  We were waiting to hear from the doctor.  I didn't know what to think.  I wondered if it was maybe Lyme disease.  More on this story tomorrow.

Back to today, I am grateful to see how much has changed in the year.  I am looking forward to and hopeful for a path of continued healing. 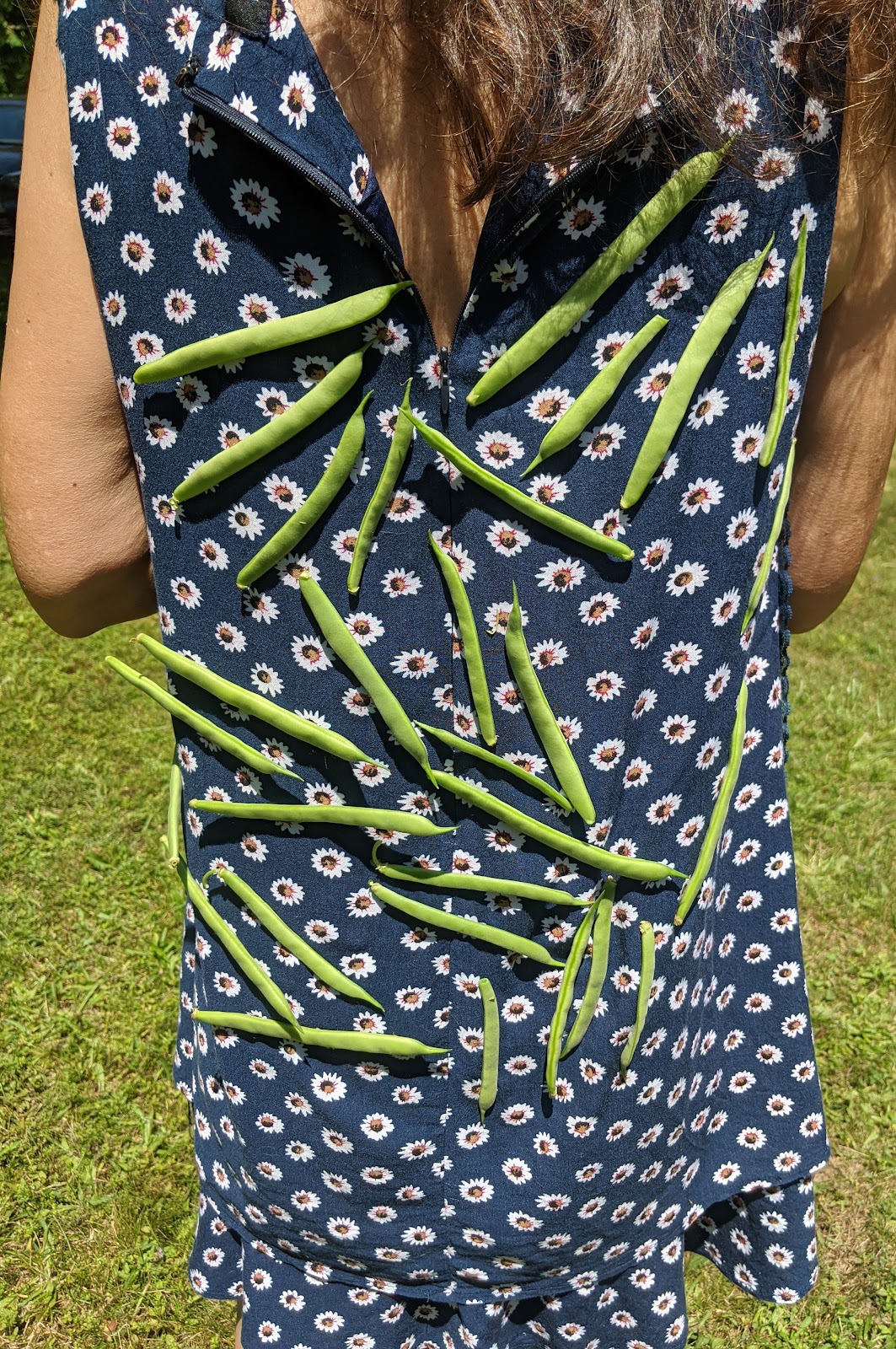 Marlon had fun sticking green beans to my back. They naturally clung to the fabric.