This morning, there was a little boy waiting for finger poke and then in the clinic, that was most upset about not being able to eat.  Crying, sometimes screeching.  I am sure all the other patients there understood his frustration.

Marlon's blood counts were not high enough.  At this time, I was happy, because it gives us another week's break.  His platelets are at a good level, in the normal range, his hemoglobin is low but I think it would have been high enough to continue.  It's his neutrophils, his ability to fight infection, that are still low at 0.4.  As soon as Marlon was told he didn't have to have the procedure, he was eating some of the food we brought along.

Since Paco got back from work early, and Marlon and I didn't take too long at the hospital, we finally got Paco to give blood.  I went with him so he wouldn't be driving afterward.  I stressed the importance of drinking lots of water. After giving blood, he got back in the car and said he felt a little queasy.  He didn't look very good.  I had barely pulled out of the parking lot and he said his vision was blurry.  Less than a minute later he was seeing yellow, then black, and then couldn't see at all.  He gave me a couple words each stage to tell me where he was at, and then his head fell to the side and his eyes rolled back in his head.  Yikes.  I pulled into a parking lot, he came around, and we stayed there for a while.  Soon, he was ready to continue on the road.  He ate and drank and slowly his colour and energy started to normalize.

On our way home, I took him to see the puppies and we stopped by a friend's where he is working on a car. Whew!

The other side was this 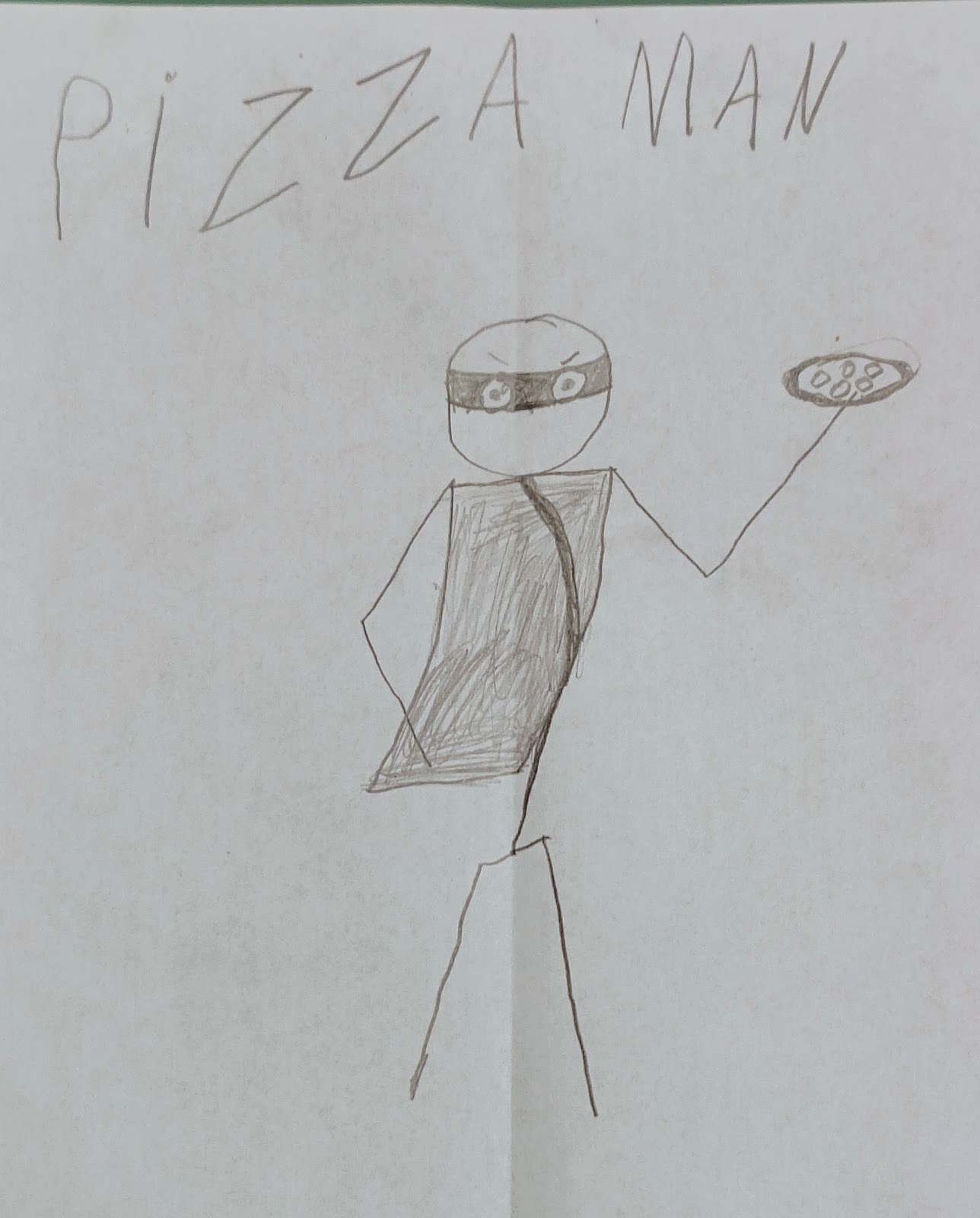 I did let him have pizza for supper.