I had a busy day planned.  To the hospital with Marlon, home, and leaving again for Hamilton with Linsy no later than 2.  Ha!

When Marlon's blood counts came back, his hemoglobin was 69, just below the 70 cutoff.  His platelets were 23.  When I was told he would need platelets and red blood, I panicked.  That is an extra four hours at the hospital.

So I thought Louise could maybe stay with Marlon and I go get Linsy.  First of all, that was not allowed, and second of all, how was Louise to drive me home and be with Marlon?  Then, I thought Paco might be able to take Linsy down.  I was imagining her driving and knew that was illegal.  No, can't do that.  As I said, I panicked and was not thinking straight.  What ended up happening was Paco drove Linsy down and they got to the hospital just as Marlon and I got outside at 3.  Paco went back with Louise and Marlon.  Linsy and I drove around and got to the drive test center with time to spare.

And yes, she got her license!!  Yay!!  What a relief.  We were so nervous.  The clouds opened up just before her test.  It was pouring and I was waiting outside trying to stay dry.  Luckily, I was not soaked but wet enough after huddling under the small overhang.  And she drove well.  So happy. 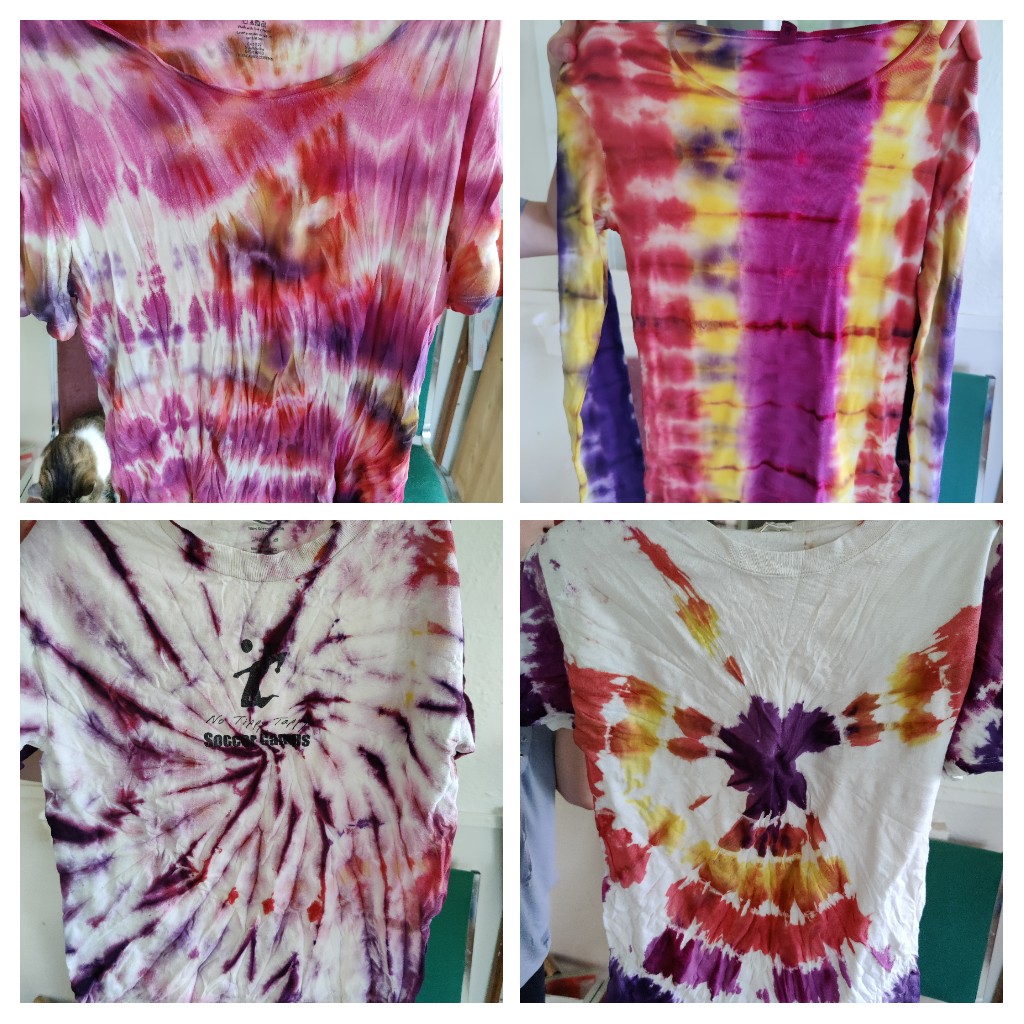 The elastics are out of the shirts.  Linsy's are the two on the top.  Marlon was very disappointed that the colours didn't bleed through better.  Maybe the shirts should have been dampened beforehand.  I imagine some more colour will bleed out when they are washed.  Not bad though and we will try again.