Marlon threw up first thing this morning but luckily he has been feeling fine the rest of the day.  Not long after breakfast, he was hungry and asking when I would get his club sandwich.  Just as I was about to call and order lunch, I said 'What if they aren't open on Mondays?'. Marlon said of course they would be.  Unfortunately, I was right and they weren't open.  We looked at another restaurant and they don't open until later.  That was it.  Marlon cried and cried for a long time.  He said his whole day was ruined.  Eventually, he calmed down and I heated up a frozen pizza and he was ok.  Hopefully tomorrow.

Linsy and I went to service Ontario in the afternoon to get her certificate for driver's education. 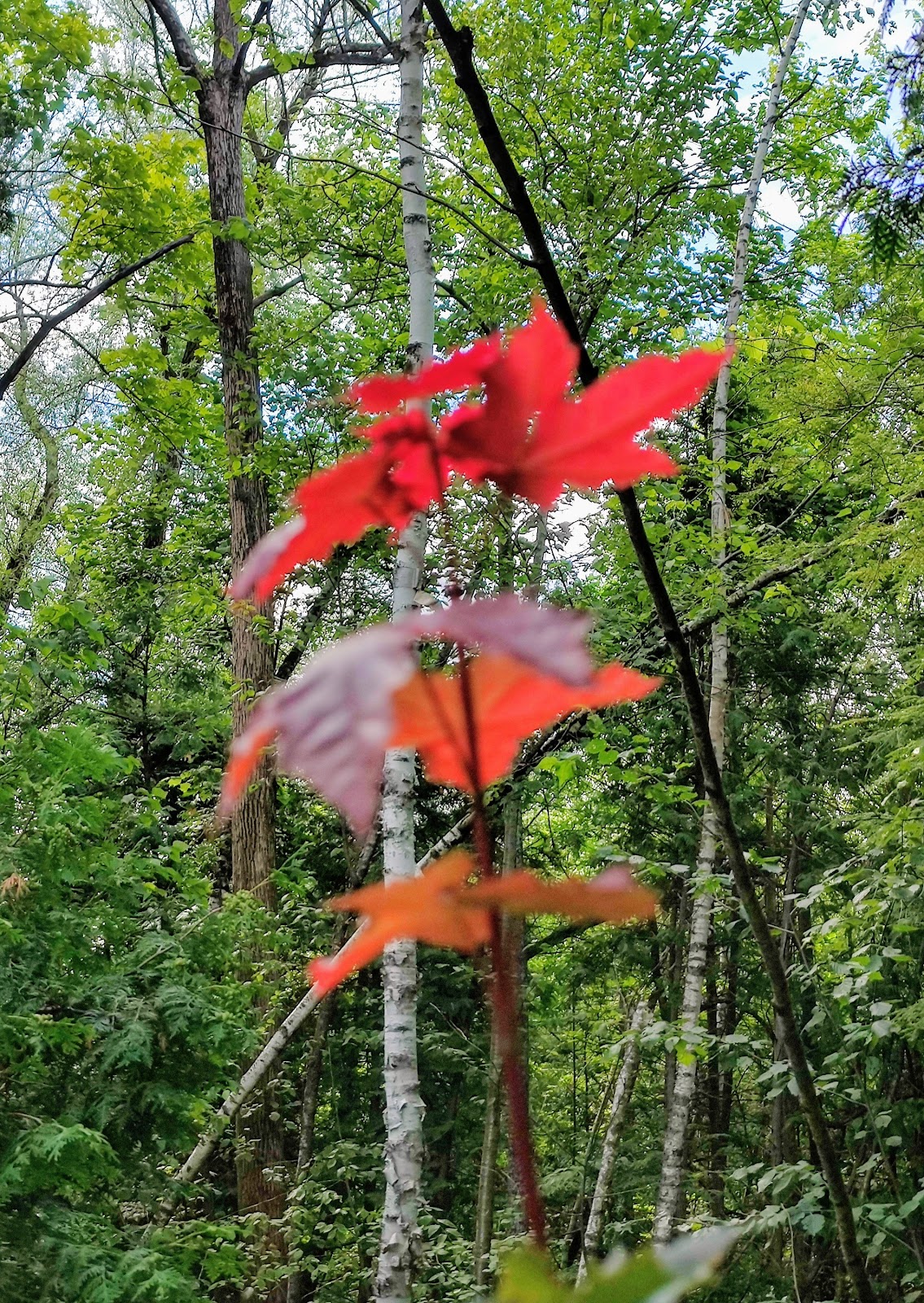 I was picking black raspberries, and the beautiful red leaves, so out of place this time of year, made a nice contrast.

Back to the hospital in the morning.  Hopefully, a quick visit,  just checking his blood counts, and all will be well.  But I would think by now, I am learning that you can't predict.