Overall, Marlon was better today.  He wasn't feeling as dragged down though he did still wake up early.

There was a little wind when we were taking the drone out and he was too nervous to lose control to fly it much.  He is very protective of it.

This evening was the first in a while that he didn't ask for his anti-nausea med and I was happy to see that.  He was playing Minecraft with Paco and next thing I knew he was throwing up.  He had been feeling mostly ok and it caught him by surprise but luckily he had a container and didn't make a mess.  He was ok afterward but went to bed on an empty stomach.  It is often the evenings. 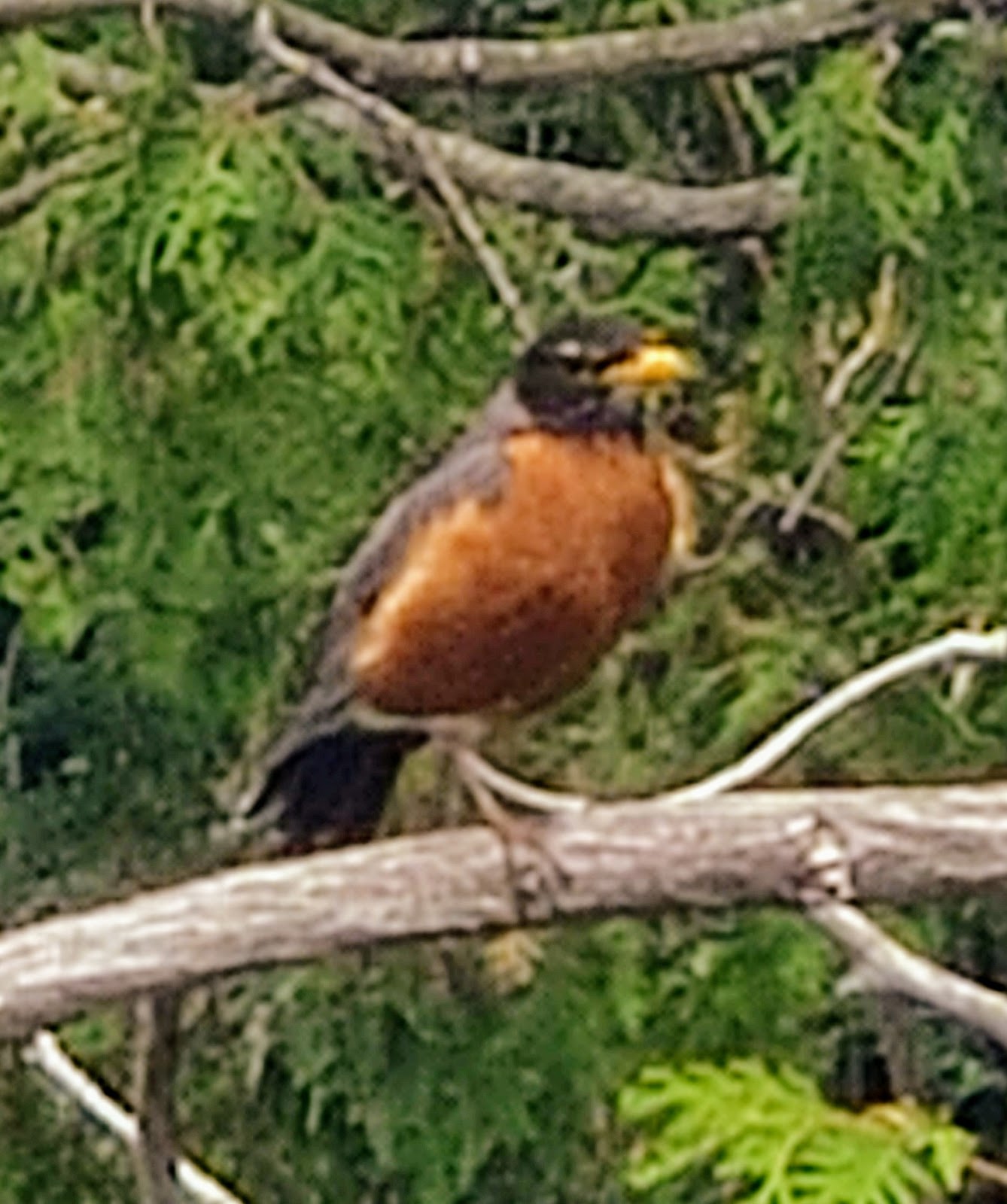 Not the best picture as I took it from inside but there was something about this robin.