I wrote this a while ago but was thinking of it again today as a friend is facing surgery with her daughter.  I remember the tension and the helplessness.

Since the night of big stress when Marlon was in emergency, I have been thinking about the different ways we deal with stress.  At first, I stood off to the side not wanting to interfere but I was moving, walking on the spot, so tense.  I was offered a chair but declined.  I was told I could be at his side and again they offered me a chair.  No sitting.  When they took him away for a scan, they said I could sit in the waiting room.  I walked around the room.  I wanted the tv that was in the room to be quiet.  I didn't want the noise.  Sitting was beyond my sense of possibilities. Other times when stressed, I often chose movement.  There have also been times when I do the opposite and just crash.

The other day, one of the moms was telling of an emergency experience when the nurses and doctors rushed in to help her son and she just sat 'calmly' and watched.  Someone asked her how she could just sit by and watch.  Her response was that her freaking out would not change anything.  True but not many could remain so composed either.

Today was fairly calm though Marlon is feeling Monday's treatment.  While not very sick, he felt off all day.  Exacerbated by feeling so sleepy from waking up early.  I don't know why but he has been waking up much earlier than he prefers so isn't completely rested. 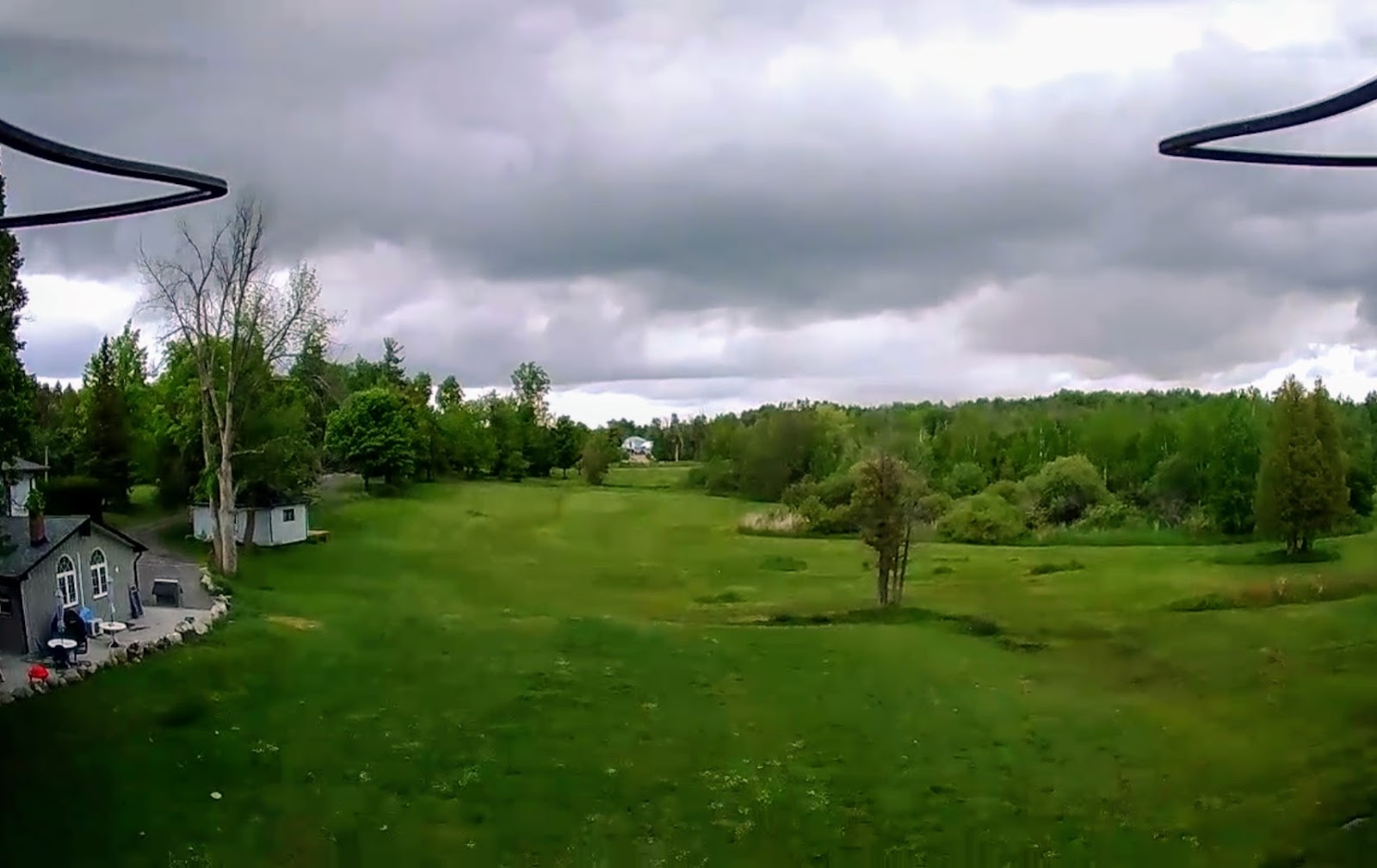 He managed to get a nice picture from above.  The farm across the street in the distance.

The house on the left is not where we live.