The day started with the usual throw-up but seemed to get better after that.  After a light breakfast, he had a decent lunch.  I got him poutine from the latest favourite place so he even had some supper.  Even though the power was out for 2.5 hours, I don't think he missed it.  He read and had computer time.  Paco spent the day working on the car.  He has decided to replace the hood, so with the help of our landlord and his son, he got a new hood and has fixed the front end.  Just waiting on fixing the door too.  I didn't think it was worth it with the car not having much life left but I think Paco appreciates the project.

Just as the rain started pelting down around suppertime, Moira and the bicycle arrived back.  They covered approximately 630km since last Monday.  One day she wasn't cycling because the flywheel needed to be replaced.  She played chess with Marlon under the cat's supervision (cats love to get close to those that are allergic) and we all went for a swim. 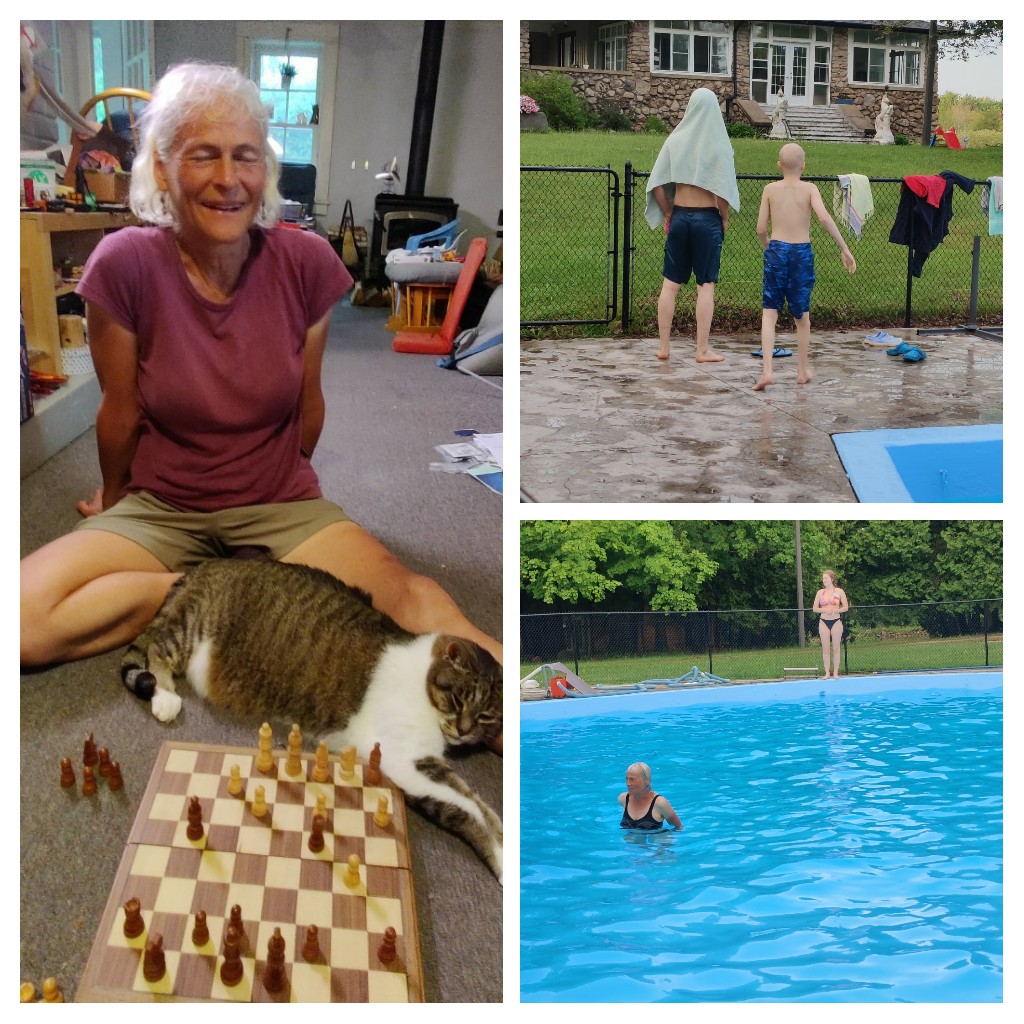