Once again this morning, I heard Marlon and knew he wasn't well and was going to throw up.  Didn't take long.  I really don't know why he has been feeling so unwell.  You know it's bad when he can only eat a half piece of pizza which was his lunch.  Leftovers from Toronto the other day, when he was excited to be able to eat and keep down two pieces.

Ann and her dog, Simba, came by for a walk this morning.  She pointed out the blue heron in the tree, and it took her and Marlon directing my eyes for me to see the camouflaged bird. 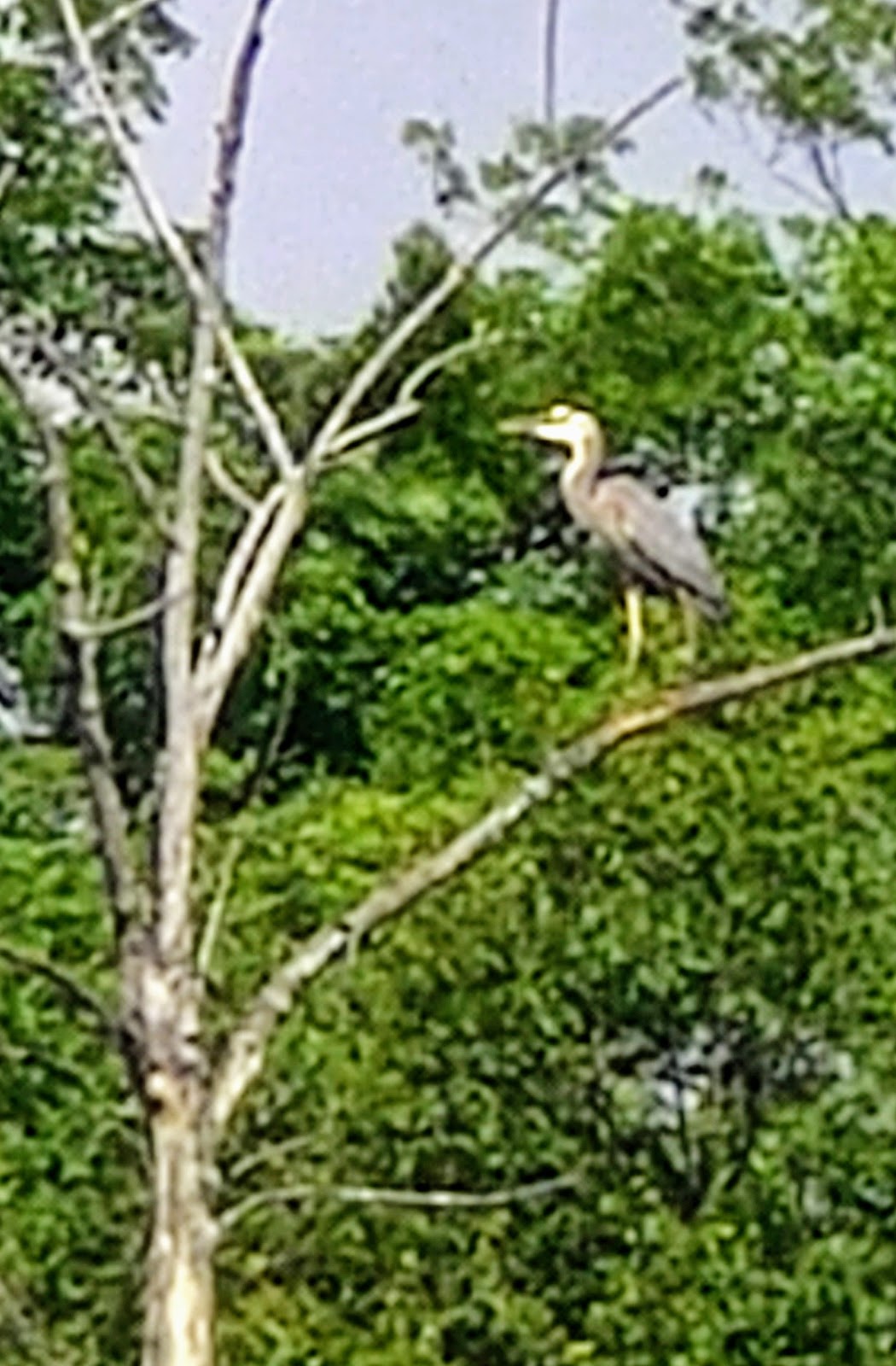 Good zoom on the camera.

Marlon did swim this afternoon though he was debating not, because changing and getting to the pool felt like too much effort for him.  He had no supper but threw up instead.  I was outside this evening when I heard an unusual bird.  I staggered looking up in the tree to see the owner of this sound and found I had to look much, much higher than the tree to see the bird squawking in flight.  I wondered if it was a hawk and hurried back to the house to call the others out to see this bird.  I run in and Marlon said he threw up again.  Heartless, I said 'Come out anyway and see the bird'.  He did, and then it dove down and we lost it from view.  Maybe it was an osprey.

I feel for Marlon.  At bedtime, he was hungry and nauseous and his stomach hurt.