I was woken at 3 this morning by Marlon calling, 'Bucket, mama, bucket'.  Normally he has his yogurt container beside him in bed, just in case he is going to be sick.  I managed to get down from the top bunk, run across the room, grab the container, and back to him in time for him to throw up.  After a trip to the washroom, and clean up, back to bed again.  This morning around his wake-up time, he was sick again

After that, he had an appetite and was eating, but not much.

And this afternoon he went for a swim.  He wasn't sure if he would be able to swim right now but he was and enjoyed cooling off in the water.

A good day.  He ate a little supper but was feeling nauseous when he was about to go to bed.  He sat and read, in the hopes of calming his stomach, but that didn't work and he was sick again. 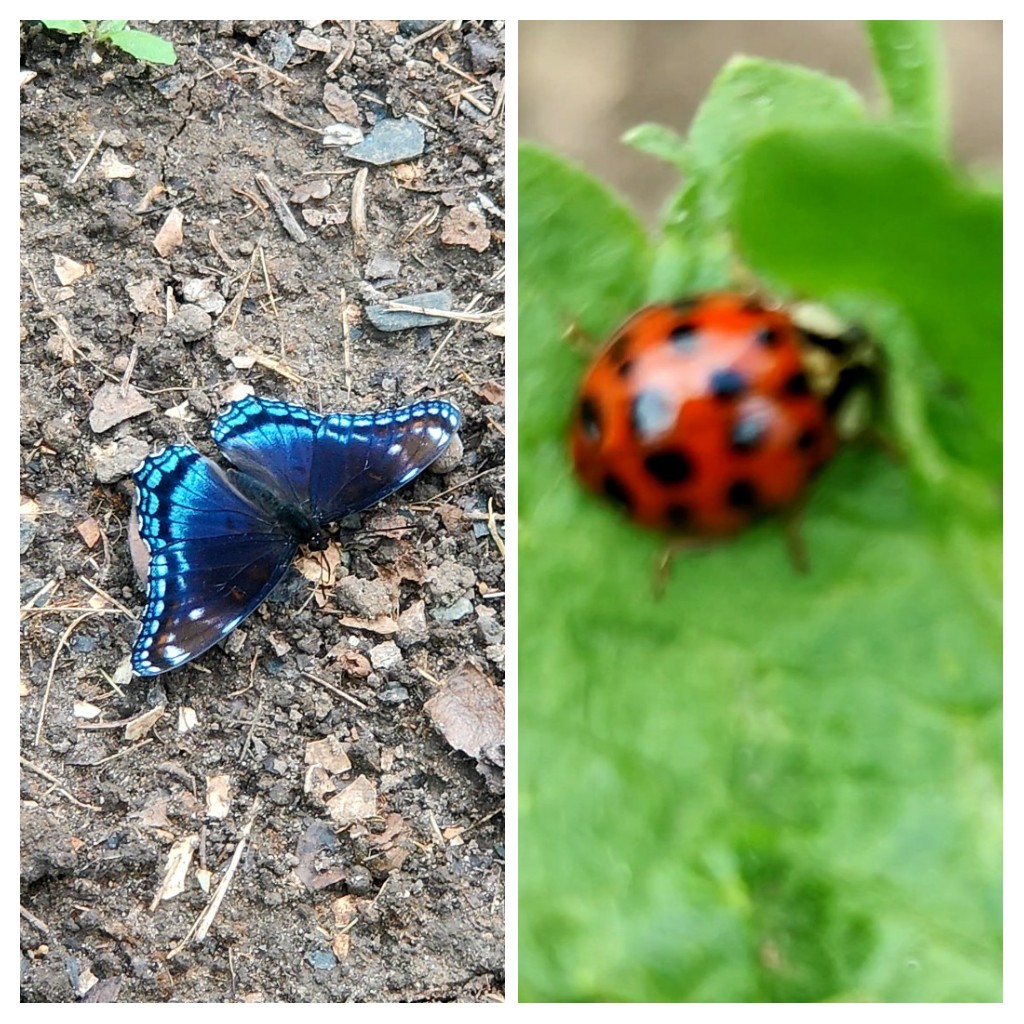 Not sure if this is an actual ladybug or Japanese beetle, but I was weeding in the garden, and the plant leaf was flapping in the wind and the little insect bounced all over, not losing hold.