Today was one of those days when time runs away from you.  Just couldn't get caught up.  By the time we had lunch it was almost 3.

Marlon has been wondering why poutine is not international yet and still mostly in Canada.  He looked it up.  In the States cheese curds are not considered safe so aren't supposed to be sold.

He was able to eat a little today but so often he was on the verge of throwing up.  He walked a little, less than five minutes, but was saying his legs were about to give out on him.

When in my wild strawberry patch, trying to get at all the little berries, I feel like I am playing a game of twister with my legs and arms going different ways as I try not to step on a plant.  Then, at the end, I knocked my little container over and lost many of them as they would crumble as I tried to pick them up.  So sad.

Marlon was unable to eat supper (shepherd's pie, one of his favourites) but wanted a glass of milk before bed.  Then he had to look up why milk is such a calming drink.  At the beginning, when Marlon was first sick, he was ok drinking milk.  After a short time in the hospital he stopped, and it has only been recently he will drink milk again. 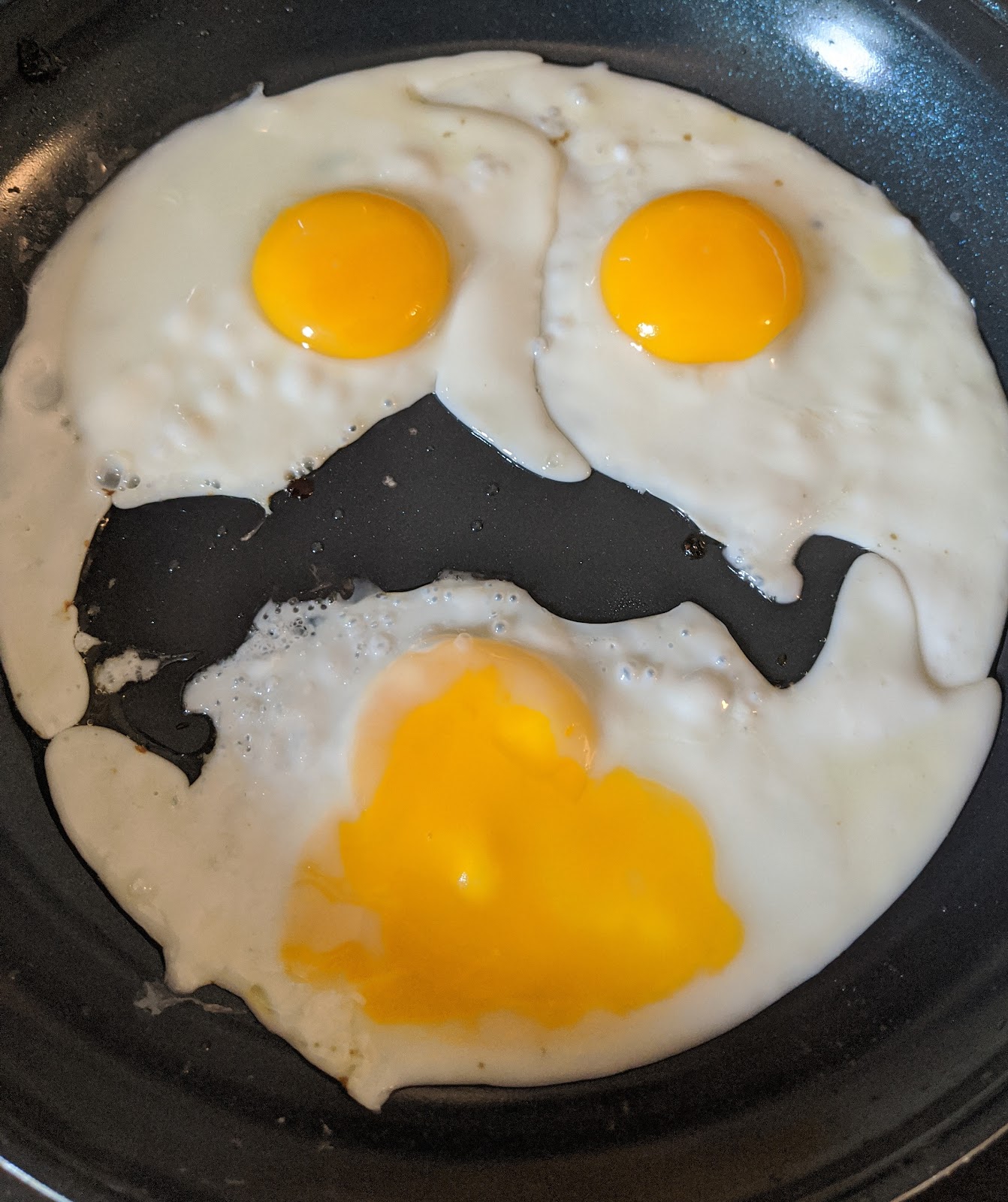 Marlon did have eggs on toast this morning, only one egg, but I like the (monster) face they created.