I forgot to mention the yummy pie Linsy made yesterday.  Strawberry-rhubarb and boy was it good.  She made two and we brought one over to her boyfriend and were able to see the two-day and one-month-old fillies.  So cute. 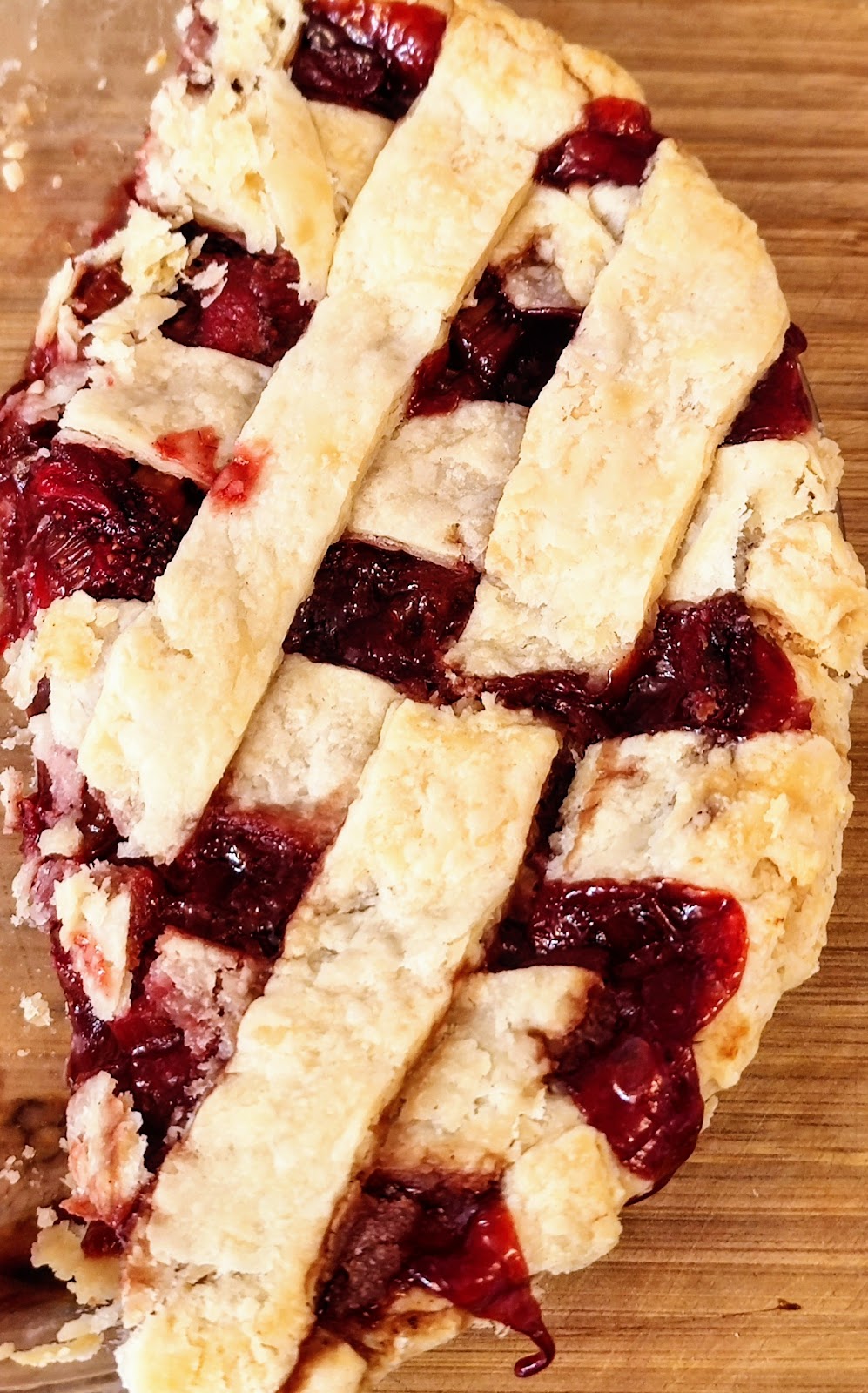 Unfortunately, Marlon was not well today.  He woke up to use the washroom and then threw up and then again before even eating anything.  He was awake and contemplating food when the thunderstorm came along.  He is not comfortable with storms but it was short-lived.  He threw up several times, unable to keep anything down.  Before bed, he had a couple of bites of bun and some butter and so far that hasn't come up.  Very hungry but unable to eat.  He is scheduled for a lumbar puncture in the morning which means sedation which means no food or drink.  He will be even more miserable.

Moira biked off this morning but before she did, Marlon gave her a lesson in Greek mythology.  He felt ok at the time, is happy to talk about this, and Moira is a good listener.