A year ago, Linsy, Marlon, and I went strawberry picking.  It was Marlon's first time leaving the house since March.  He complained about the drive, he complained while picking strawberries.  After, we went to Ikea to get him a new duvet cover.  He complained the whole time there.  At that time, he was well and healthy.  Three weeks later, he was sick for a week.

This year, at the thought of strawberry picking I wasn't sure about bringing Marlon.  With his physical health already compromised and how he felt after a little bit of weeding, I questioned it.  Marlon was adamant he was coming along.  He brought books along and was content reading in the car.  To be fair, he is used to longer times spent in the car again.  I hadn't even picked up our baskets and he was eating strawberries.  He picked a decent amount, chattered, watched others, and ate.  He picked quite a while and then decided he had enough and waited in the car.  Linsy and I finished up and overall it was a great day.

This evening, while Marlon read and then played Minecraft with Paco, I processed strawberries.  Some in the freezer, some in the dehydrator, and of course some with whipped cream for dessert.  We have some put aside for pie. 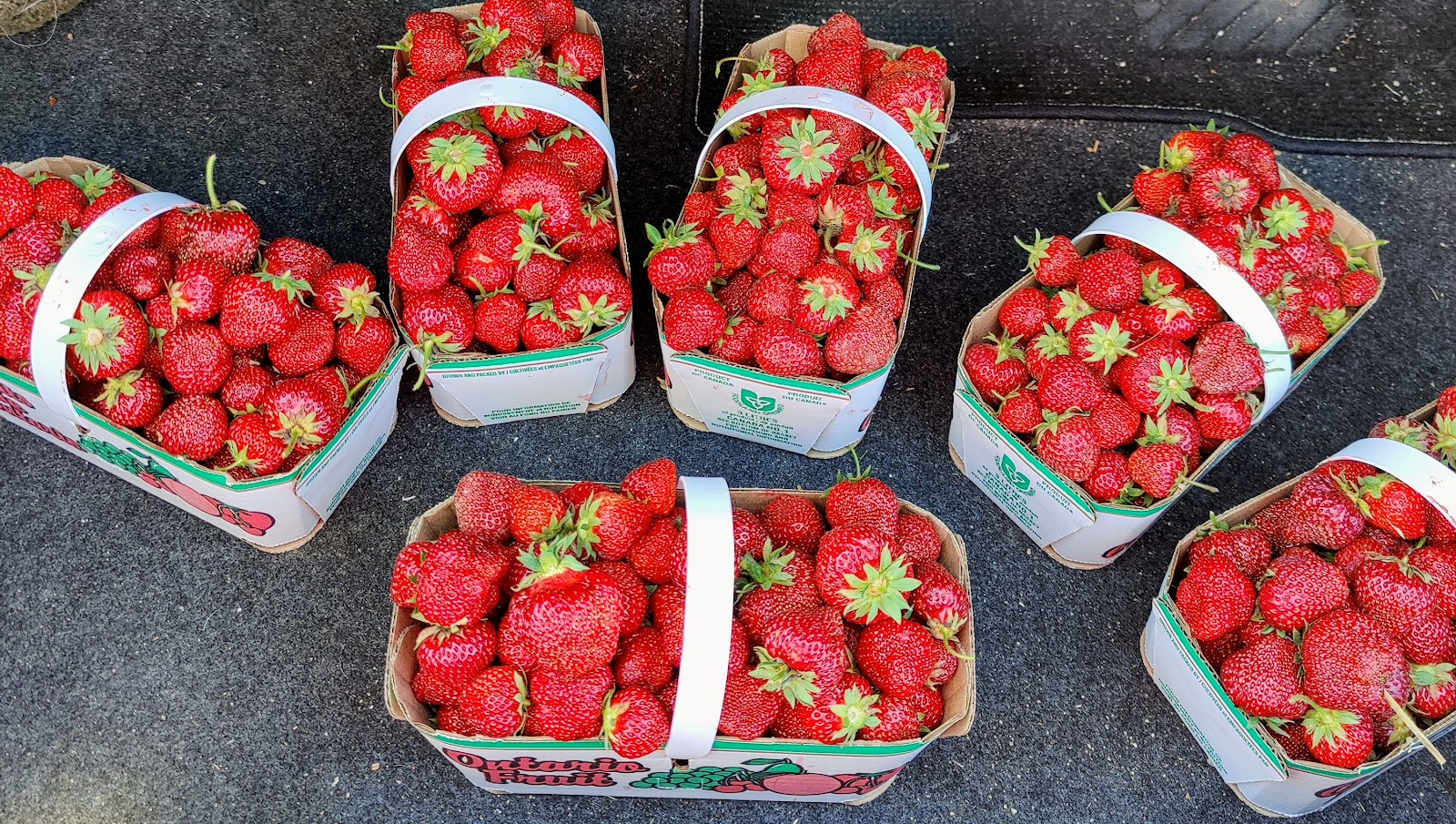