A scheduled visit to the hospital for chemo.  Though the chemo itself only took about 5 minutes to administer, we were there two and a half hours.  Waiting time.  A break for another 10 days.  His neutrophils were back down to 1.4 so whatever he was dealing with on Friday, has passed.

He still limps along and though he says it doesn't hurt, he looks uncomfortable.  From the weak foot which is from the hematoma against his spine.

We gave the drone a day to dry and it seems to be ok. I also emailed the company and they responded promptly asking for more info.  Promising.  We'll experiment more tomorrow.

Took our car in for the third time in a couple of months.  Eleven years old and falling apart.  I have spent $1500 on it and it is barely even worth that amount.  Gotta love cars.  Grateful for them but they aren't cheap. 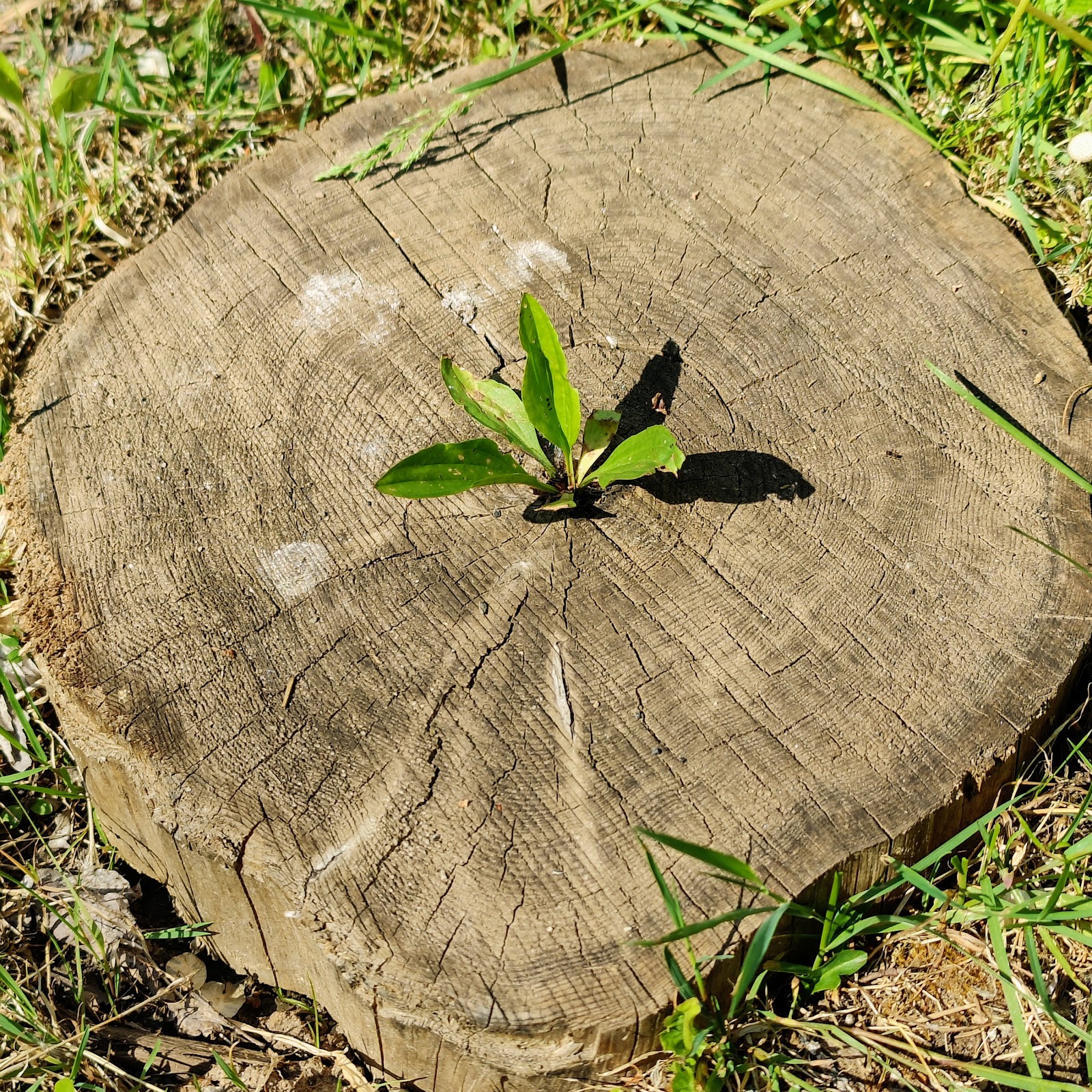 Nature's way, plant growing up through a piece of wood, nicely centered.