Marlon slept well last night but still wasn't back to the most recent normal.  Very little appetite which after his big enthusiasm towards food is a noticeable shift.  Even food he asked for, was mostly untouched though he did eat some.

His new drone arrived but it took until afternoon for him to look at it.  By evening, the wind had died down enough to take it out for a fly and he was very happy with it.  We'll try more tomorrow. Before bed, he was listening to the Wellerman over and over.  He figures he had listened to it about 100 times.

Feeling ho-hum but so glad we aren't at the hospital. 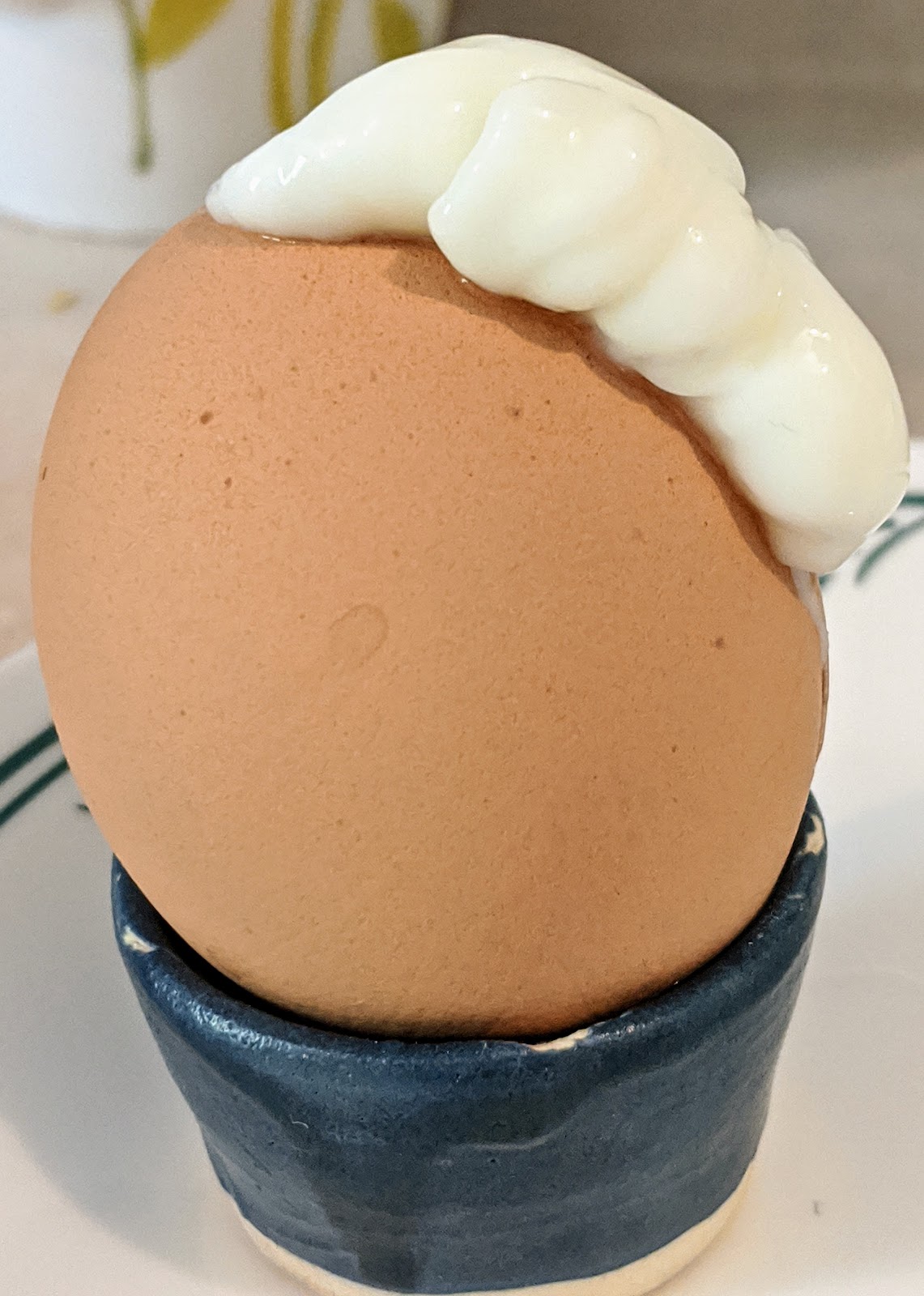 Nothing to do with anything…

An egg with a mohawk