First off, Marlon was feeling nauseous and threw up.  No appetite and stuck to his chair.  The power was out for an hour and a half. Both Marlon and I were cold. Likely the house felt so cold because of the rain and snow.  The temperature was ok but when the power came back we turned the heat up.  I warmed up but Marlon didn't.

So much snow.  My attention was taken up by the snow.  Big flakes and it just kept snowing.  There was an accumulation of a couple of centimeters by the time it stopped. 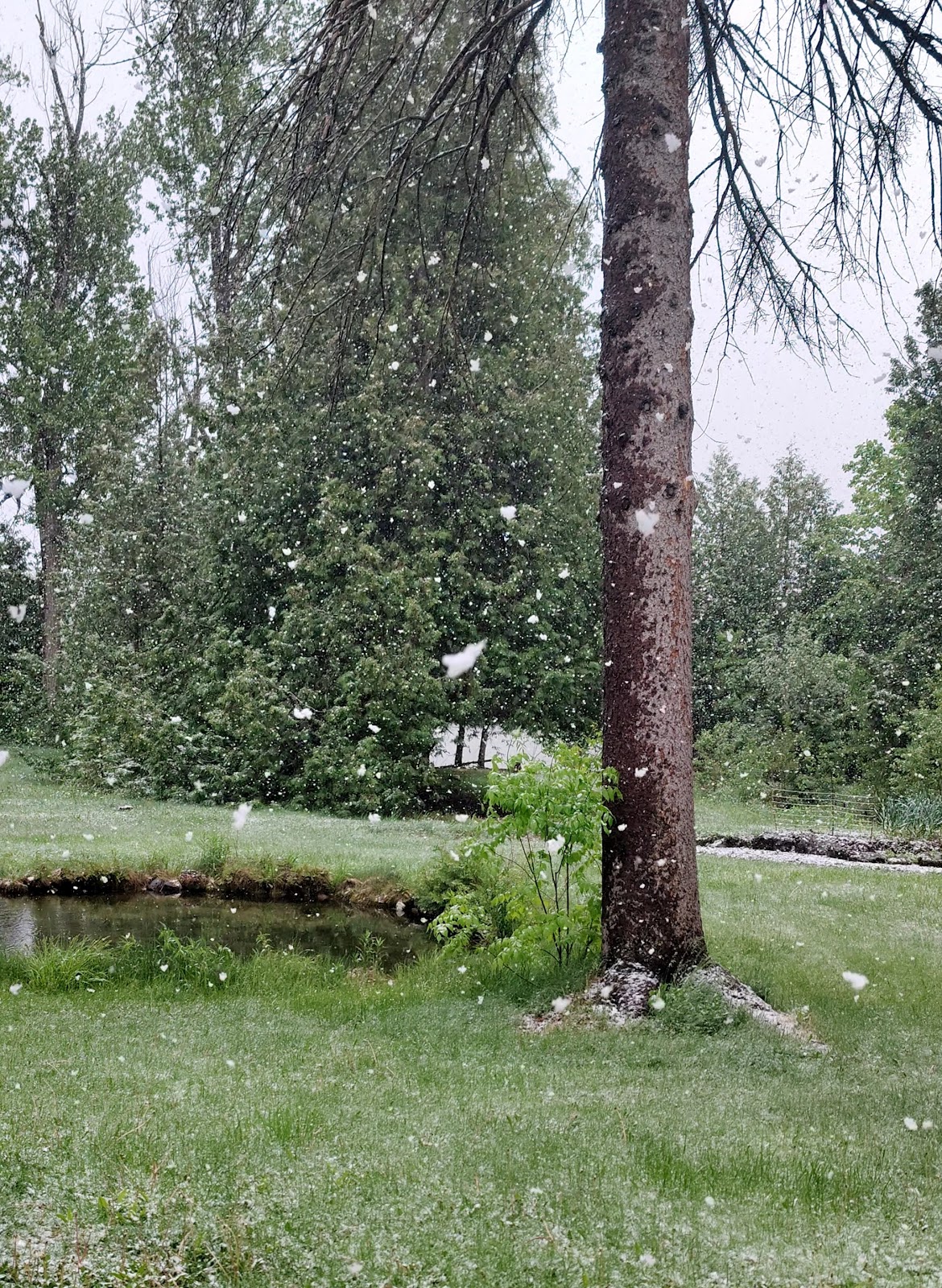 Marlon wasn't feeling any better and when he told me he had a headache, I worried.  He had the seizures a week after the LP.    It has been a week now since the last one.  I emailed his nurse and after speaking with the doctor, we were told to go in.  As much as neither Marlon nor I were keen on going to the hospital, we did and no it was 430 when we arrived at emergency.  I did have to use the snow brush on the car to wipe all the slush off before we could go anywhere.  He did not have a fever during the day but when he was checked in it was 38.9.  His neutrophils were 0.5 last week so they assumed it was a neutropenic fever and he would be admitted.  But his blood results came back and his neutrophils have jumped up to 11.9.  I thought they meant 1.9 but no his counts jumped that much.  His platelets were ok and his hemoglobin hasn't changed.

They gave him liquids and then because everything seemed good enough he was cleared to go home.

Poor Marlon cried so much today.  I am often surprised to see such big tears and so many.  At home he was crying because he felt so horrible and is tired of feeling so bad and then when told he'd have to go to the hospital, he cried again.  Tears while being accessed and then again when the possibility of an IV was mentioned.  But a big cheer when asked if he wanted to go home.

I am still processing the events of the day.  I wonder if the hospital visit could have been avoided.  In the end, it was good to get the reassurance his blood counts are doing so well.

He hadn't eaten all day but did eat a little in the car on the way home and threw up upon our return at 930.  He is still not quite right.