As much as Marlon was a wanted child, I was a little concerned when I became pregnant and realized he would have the same age split I had.  I had more older siblings as the youngest of 5 but there was a 6.5-year difference between myself and the second youngest.  At first, I was accustomed to having siblings around.  I enjoyed board games and one thing I remember is practically pouncing on anyone as they walked through the front door, asking if they wanted to play a game.  By this time they were older, had busy lives, and little time for their younger sister.  I now count myself incredibly lucky to have wonderful siblings but at the time I almost felt like an only child.

Paco is a good older brother and will do his best to make time for Marlon but he is busy working several jobs and taking a summer class.  For several days, Marlon has wanted to play Minecraft with Paco but he has not had any extra time.  I feel Marlon's disappointment.

We were talking about things that interest him and there wasn't a whole lot that doesn't involve a device.  He happily sits for long periods listening to podcasts, or music, or books.  Problem is, he often ends up playing games on the phone while listening.  He also enjoys playing Minecraft or watching videos.

At least he went for several walks, exercise and outdoor time. 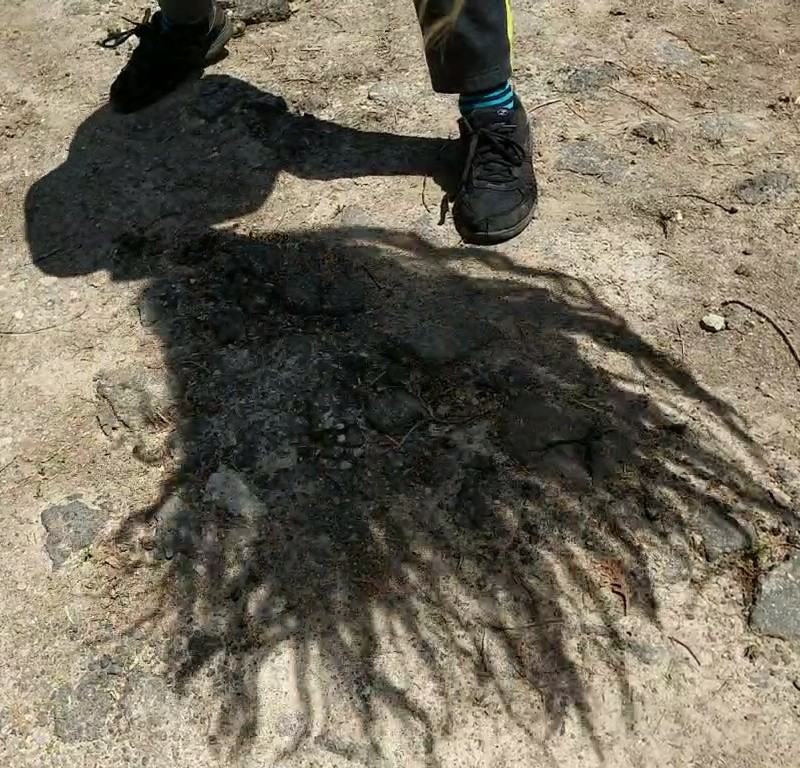 A shadow picture from a year ago when he had hair