Made it through another hospital visit with more chemo.  Yesterday was two chemo drugs and today one more.  So many different cocktails injected in.  This one started with a dose of Benadryl so he was sleepy and tired.  To add to his tiredness, he had been waking earlier than usual for a week now.  He wakes up needing to go to the washroom around 630 and doesn't fall back asleep.

No more hospital until May 31.  I would say no more chemo but every day at least one pill is a chemo drug.  While he was very sick during the past month, they even stopped the pill but now he is back on it.

Unfortunately, the drone isn't working.  It just flips over on its back.  Darn.  Not sure if something got messed up while in the tree but it hasn't worked properly since.

Marlon did walk to the mailbox with me and that is the most he has walked in over a month.  Halfway back and he was sore and tired.

For a while, he has been wanting watermelon, saying he wants to eat the whole thing. I'd rather wait until they are in season but Louise likes to treat him and while Marlon was getting his chemo, she bought him a good-sized watermelon.  He had a big slice and had his fill.  No eating the whole thing.  Happy and satisfied. 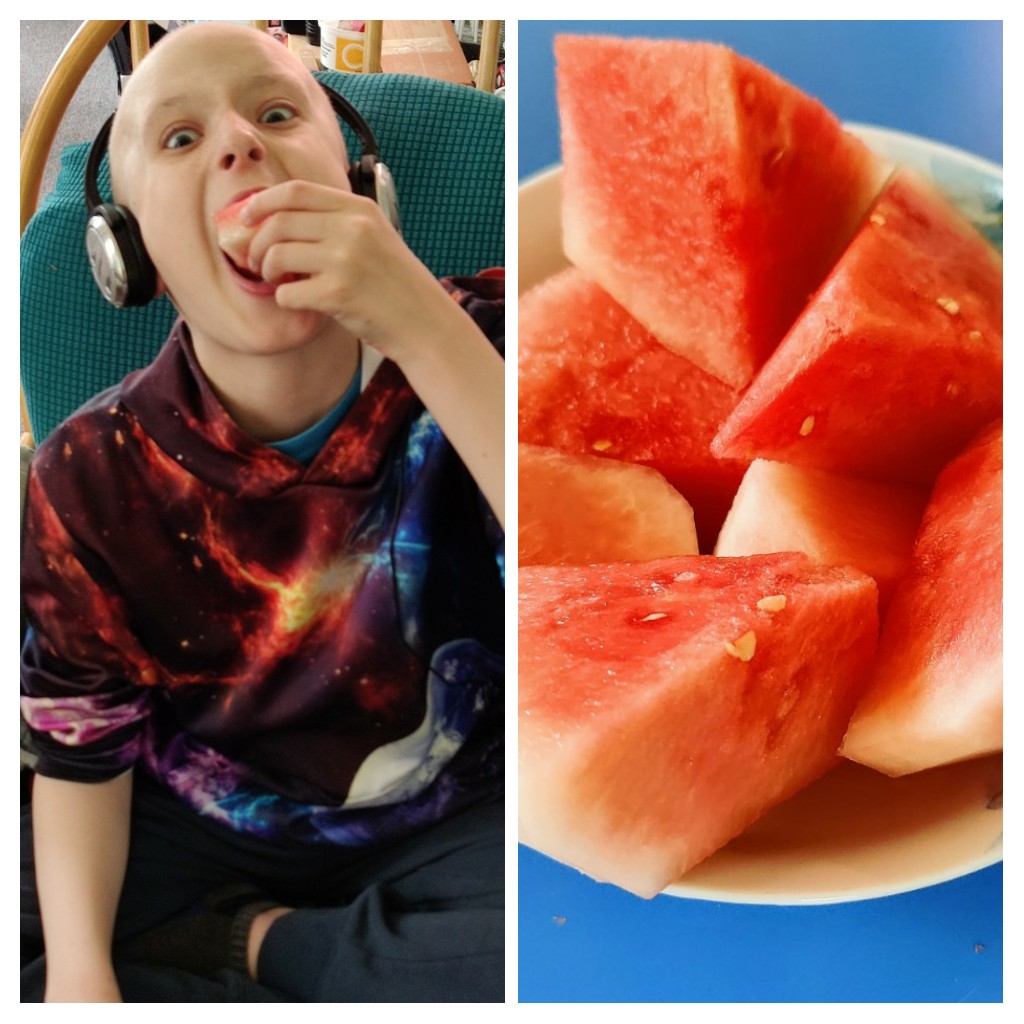