Marlon has been getting TPN, liquid nutrition through his port to help with the fact that he wasn't eating and then slowly reintegrating food into his diet.  Last night was the last of it.

All the steps are falling into place for him to be sprung on Monday.

One med, he gets one pill morning and evening.  The other he gets 2 or 3 pills every 8 hours.  This means he is woken up at midnight with his pills carefully hidden in 3 small bites of ice cream which he swallows.  The first night I was nervous, wanting to know for sure he was swallowing them and wasn't going to choke.  He barely wakes up but gets them down.

In the morning, they will check his blood and he will either get platelets or not and then be cleared for takeoff. Likely returning to clinic on Tuesday for chemo and then platelet check later in the week.  His neutrophils are continuing to climb.

In the afternoon, Marlon sat in the wheelchair and I pushed him around.  Some trails, some sidewalks, but he was outside for over 2 hours.  He felt jostled when the path was extra rough or with the sidewalk cracks but he walked little.  I was glad to take him along.  His enthusiasm was mild to say the least.

We spent some time watching a fox hunt in the field next to the path we were on. 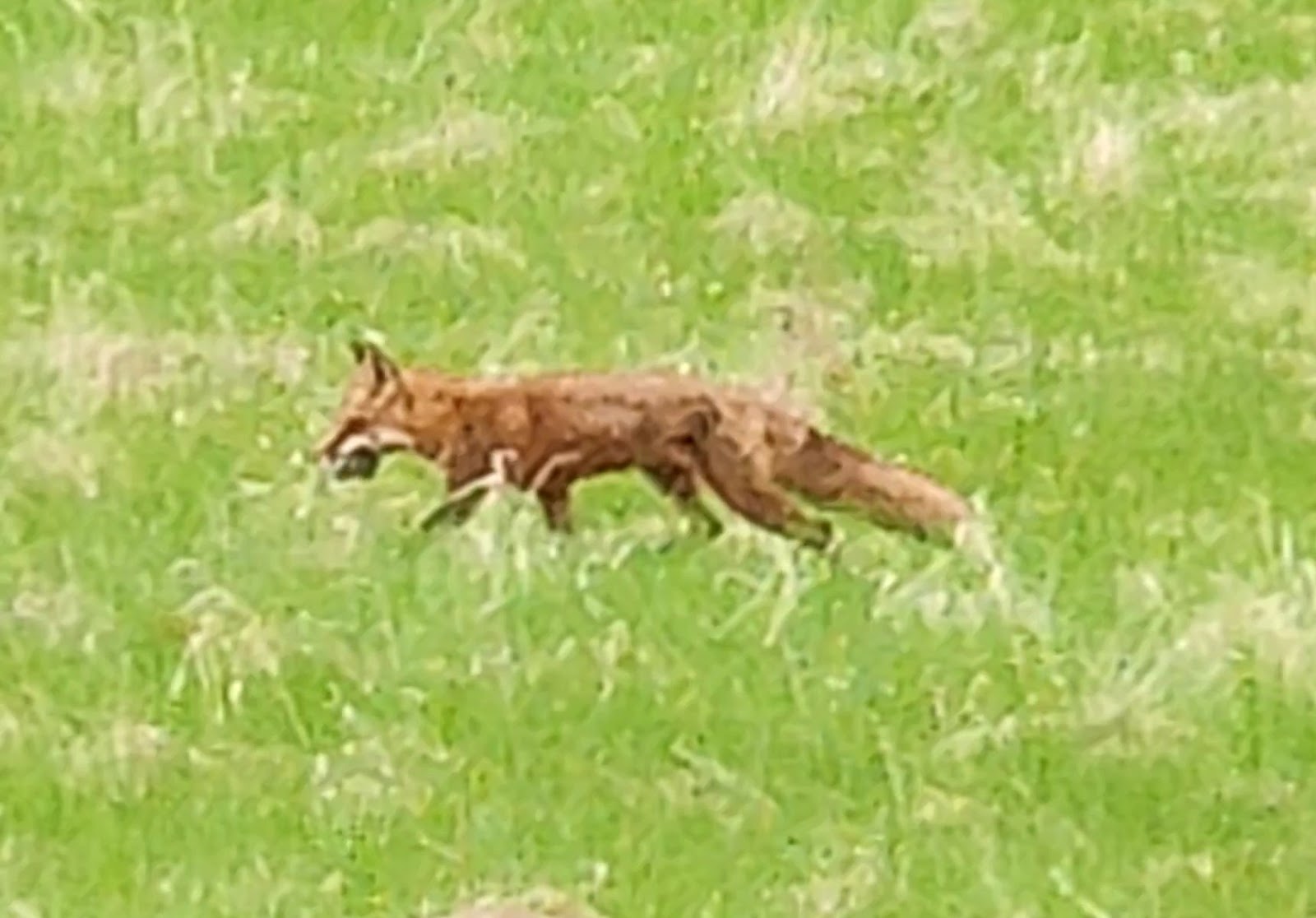 I managed to get a video of it bounding along after its prey.

Marlon also had minecraft time with friends and then his brother and done origami.  Yesterday, he was looking through my pictures which have a lot of his drawings and I asked if it made him want to pick up a pencil again but he said no.

He learned to make rabbits today and enjoyed them so he made three.  Interesting that he made the jackal which looks like a fox.