Marlon didn't feel much better this morning until after he threw up, not that there was much to come up.  He still felt a little off but made it through the day and was able to enjoy supper.  One of his favourites, shepherd's pie (today's made with ground water buffalo).

He played a fair bit of Minecraft, both with friends and his brother.  We were going for a walk but then we saw Stella so went and hung out with her and Josephine.  Marlon threw the frisbee a few times and said he felt it in his arm.  About a year ago, we would regularly go out and fling the frisbee.  Maybe we can get back into it again.

After a few origami fails, he folded the cat.  There are times when it just doesn't work out.  Sometimes I will try my hand at it but there are some folds that leave us scratching our head. 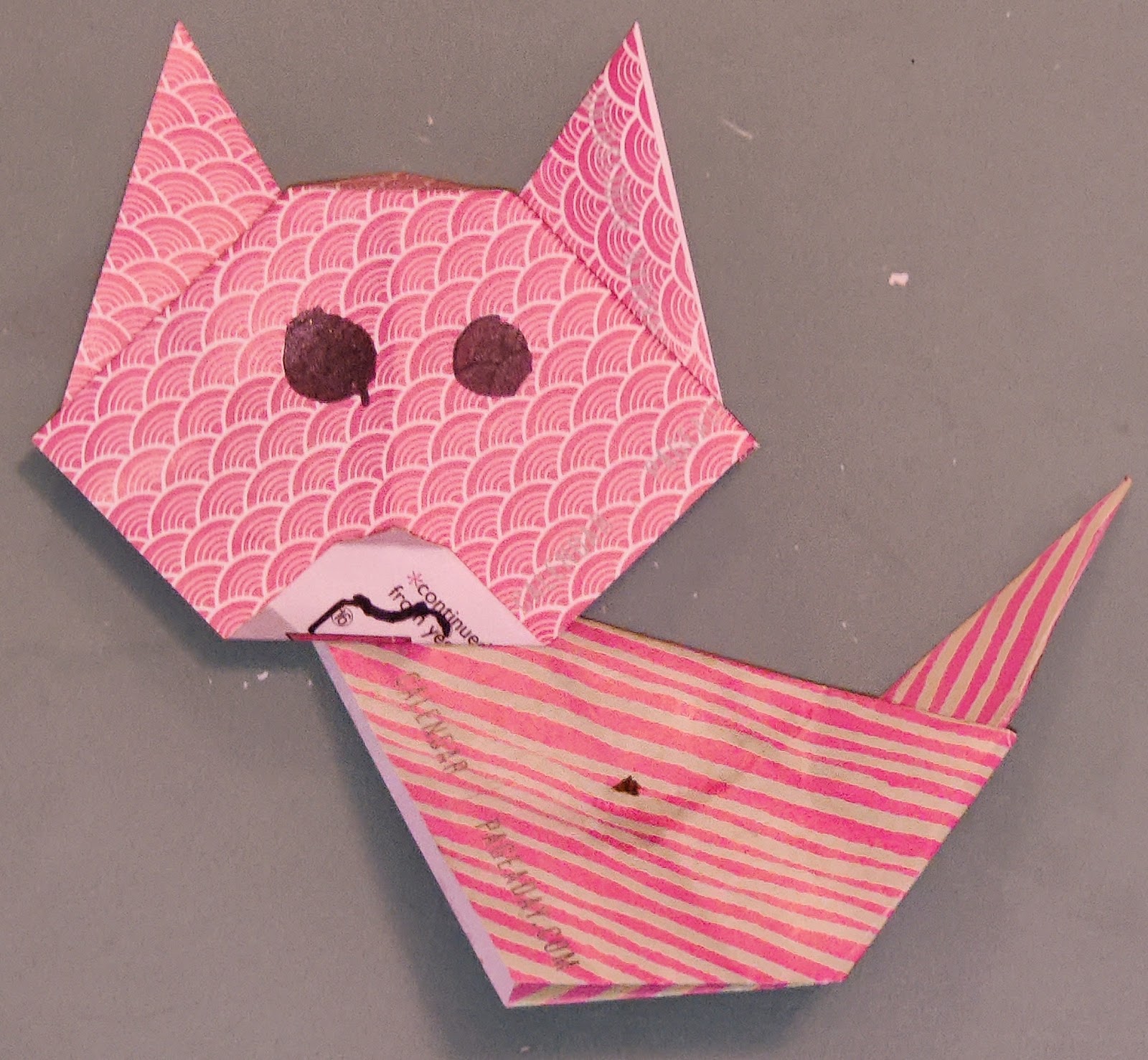 I don't know why this Minecraft pig is called ugly.  The other day he said he could draw a cow but it would look very similar to the pig. 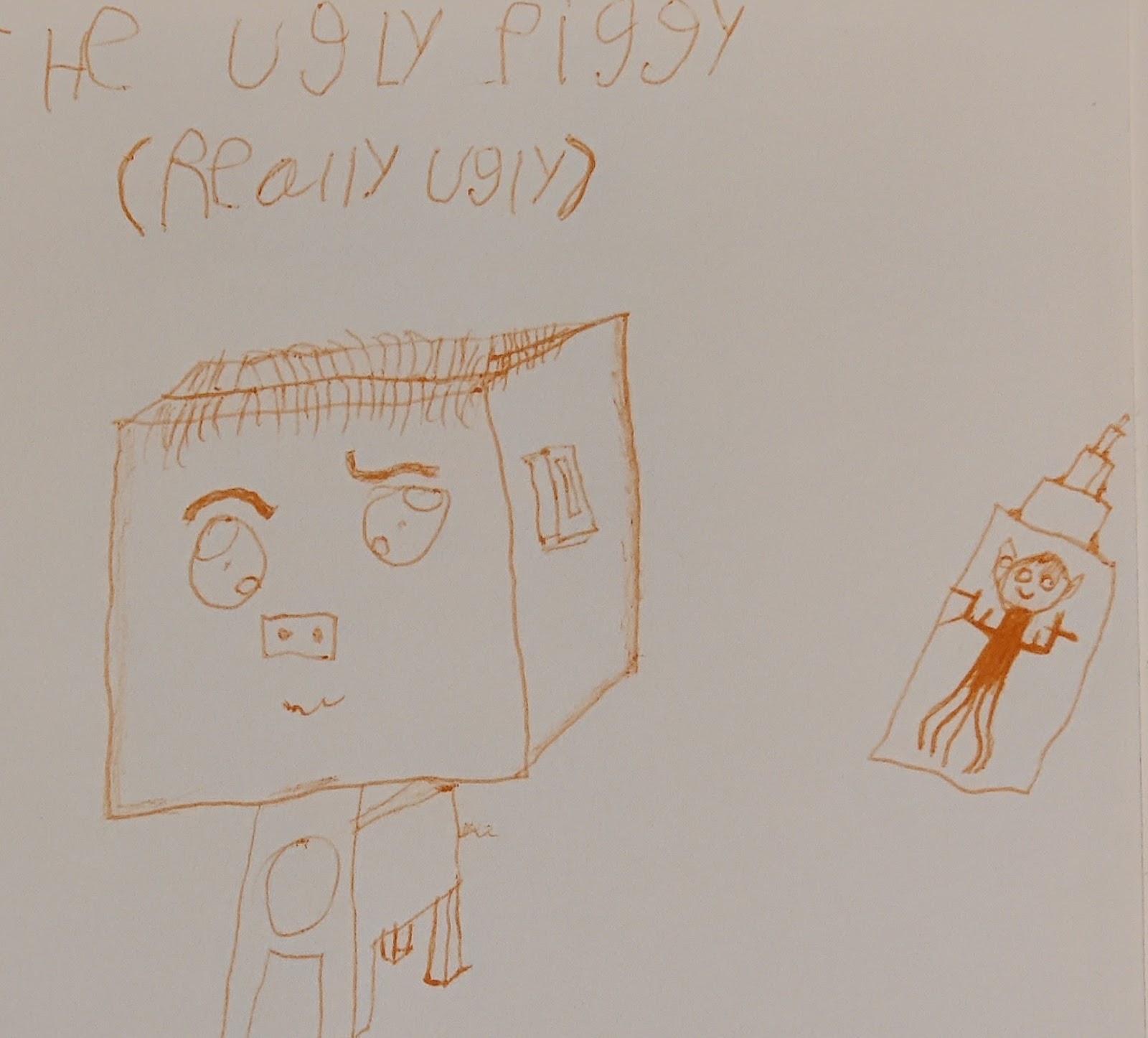