Ya just can't make some people happy! Marlon sleeps through the night, not getting up to pee, and still, I wake up several times, waiting for him to wake me up.  I'm glad he slept well and still can't believe he made it 10 hours without a pee.  And, he made it through the night without oxygen.

Still fewer drugs via his port but he will be taking more pills.  A step in the right direction.

Before he is discharged, they want his neutrophils to be steady at 0.5.  This morning they were 0.3.  His platelets should stay above 20 (preferably 30) though the drug he is getting for the lung infection does lower the counts.  This morning, the nurse practitioner made it sound like it could easily be another week and a half but we are hoping for less.  All a matter of the healing he is doing.

There are six patients on the ward now but he still had two visits with physio.  He played minecraft with friends and with his brother.  And did some more origami.  He does ever so often come up against one that doesn't make sense, and if he can't figure it out, he just gives up.  I will try to motivate him or figure it out myself.  A couple of times that has worked.

I have been inspired by some of the great walking trails around here.  I like to get out at least once a day for a walk.  Not looking forward to the rainy days ahead without good rain gear.

I created an origami scene.  He loves making those boxes and made a minecraft headed guy 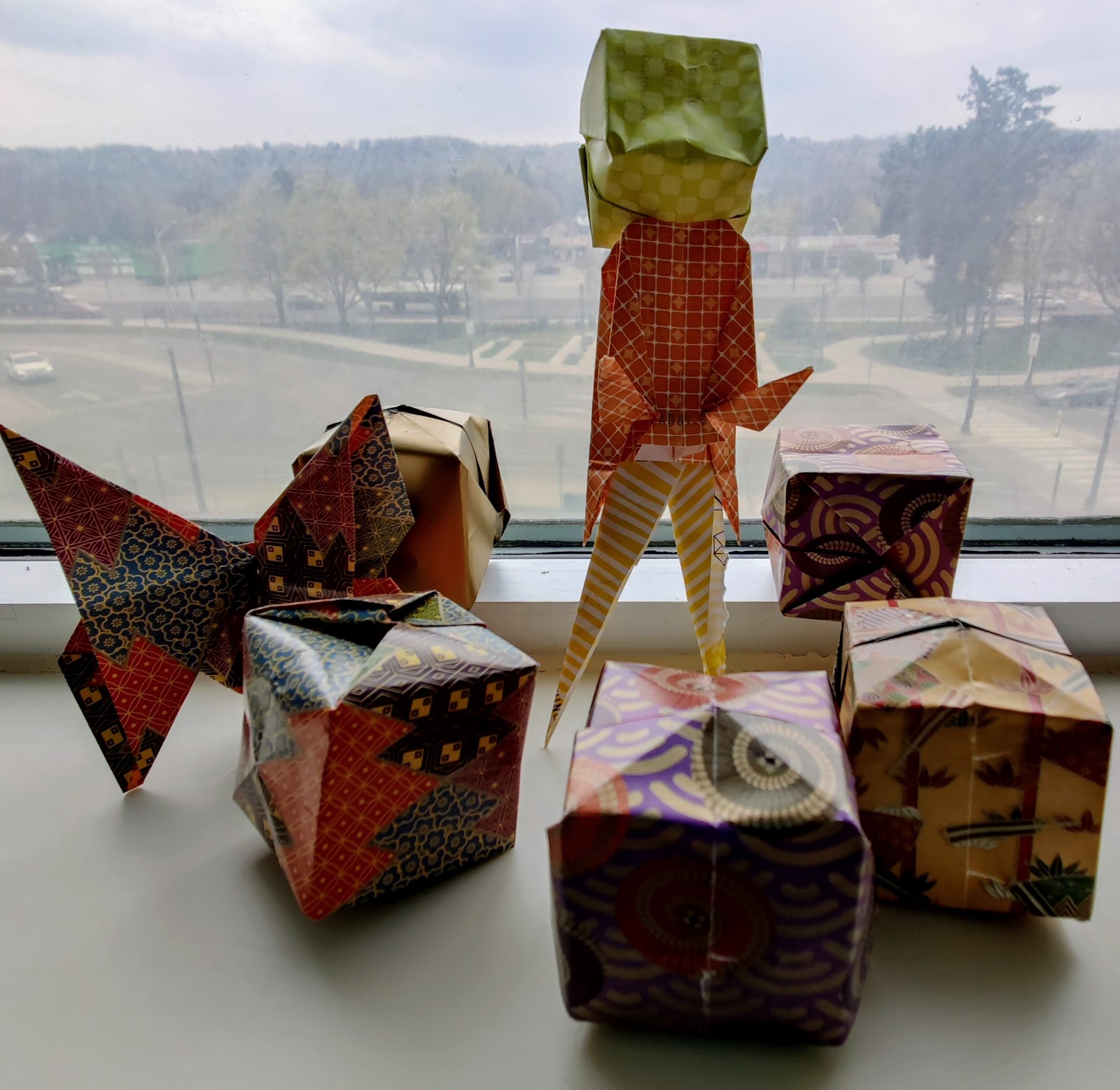 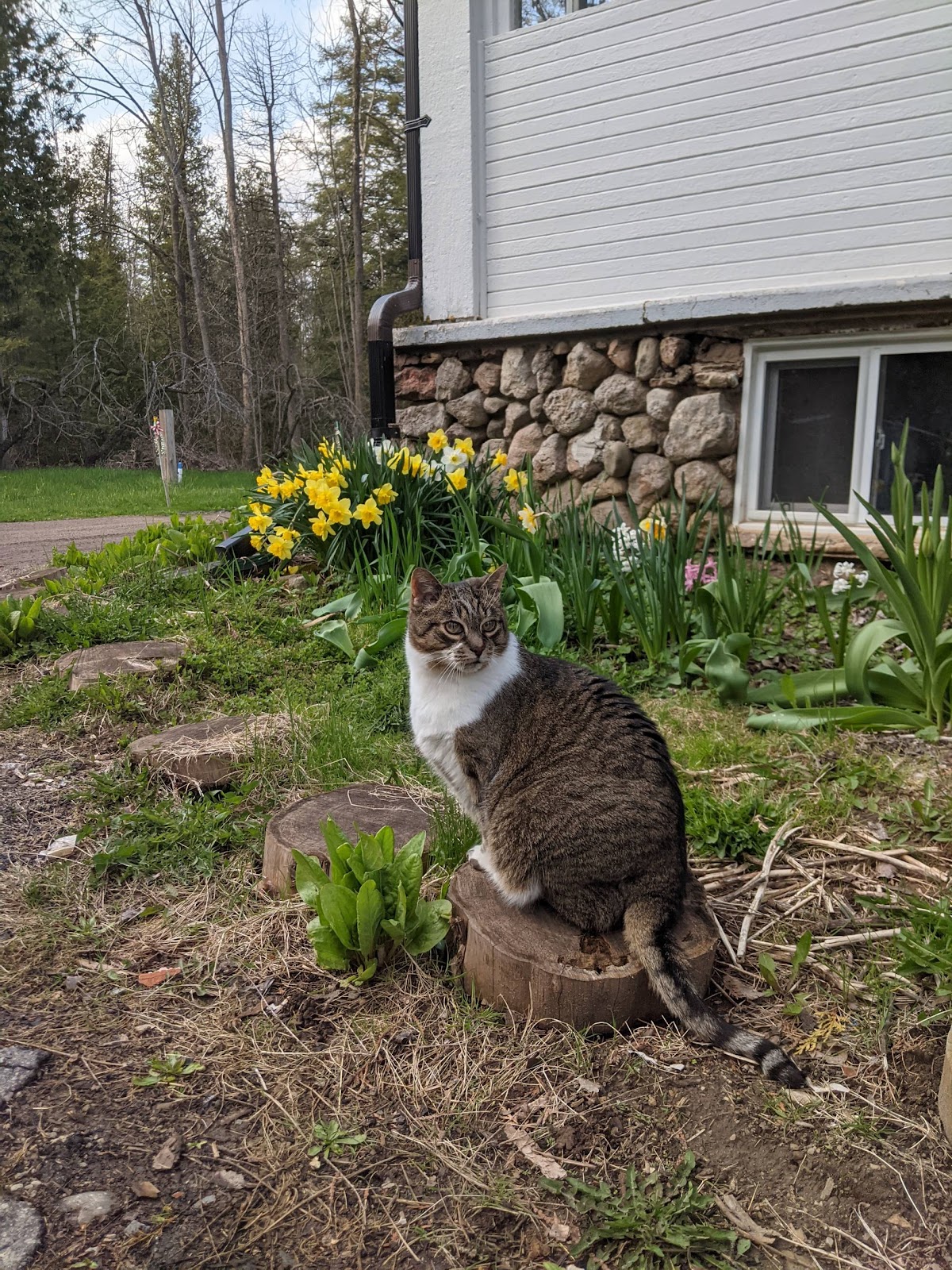 Linsy sent a picture from home!