A lot of tears today and understandably so.  He wants to eat!!  It has been several days since Marlon has been allowed to eat anything.  He can drink and he is getting nutrition through his tube but that is not enough.  It doesn't help the taste buds or fill the stomach.

Not a very restful night but better than some.  His breathing wasn't the best and while he was on oxygen, his levels weren't staying high enough.  He also had a pain in his side which affected his breathing.  Not sure if it is the one he had a while back from not moving enough when being accessed.

Another procedure with sedation.  This is crazy!!  Too much and still so much isn't solved.  He is getting a Bronchial Lavage.  Checking out his lungs to find out whether the 'bumps' are bacterial or fungal.

And his blood counts are bouncing around.  They checked 3 times this morning and his platelets are steady around 25 but his hemoglobin varied between 50 and 70.  Either way a big drop from last night.  He got platelets and more blood today.  His evening counts were 42 for PLT and 84 for HB.

He continues to get stronger and be more flexible.  He can straighten his legs though I am still constantly reminding him to relax his arms.  He didn't actually play but he was willing to try Minecraft this evening.  It is something I have been thinking would be good arm exercise for him.  How sad to think of speedy mouse and keyboard action as exercise.

In honour of the day's snow, I have some flower pix, yellow are from today. And a cheeky squirrel that was waiting for me to leave so he could get back to the birdseed 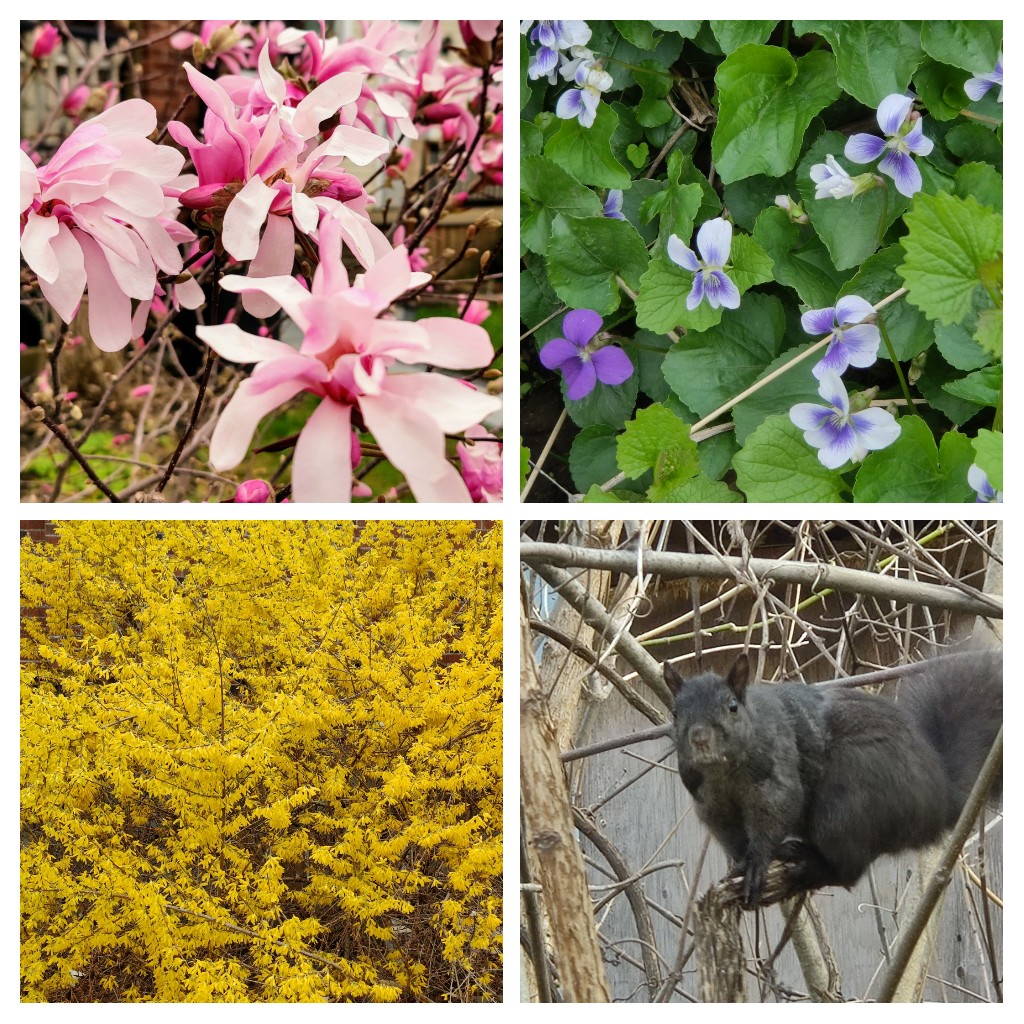