A much better sleep last night.  I went to bed around 10, at which point Marlon had already been asleep for a while.  We were up at midnight for a half hour and then he lasted until 5 am!  The problem was that at that time, he had a black poo that looked like all the other ones.  I cried.  Not big loud sobs but that broken-hearted tear.  I thought maybe the reprieve we had seen was done.  A few more messy poos over the course of the day but not so black.  This morning, his platelets were up to 28 (had received transfusion) and hemoglobin (HB) down to 80.  Fast forward to this evening's blood work and his platelets were 40 and HB 119!! Very exciting.

The day included several tests, partially because his blood pressure has been high and they were concerned about bacteria or fungus in the lungs.  It was a busy morning.

His right leg seemed a bit better and his strength, in general, is better.  I keep reminding him to unfurl and straighten his legs and relax his arms.  He walked about 10 steps and he sat up in a chair instead of the bed only.

Fever on and off but he did go 8 hours without in the middle of the day.

And we are back on the oncology ward.  They needed beds in ICU, so even though Marlon is still on the medication that brought him to the other ward on the first place, he was moved back to the private room from a couple of days ago.  Once in this room, his blood pressure went down.

Still several things before he can be discharged but again a day that feels positive.  A little bit at a time.

A jumble of tubes and wires 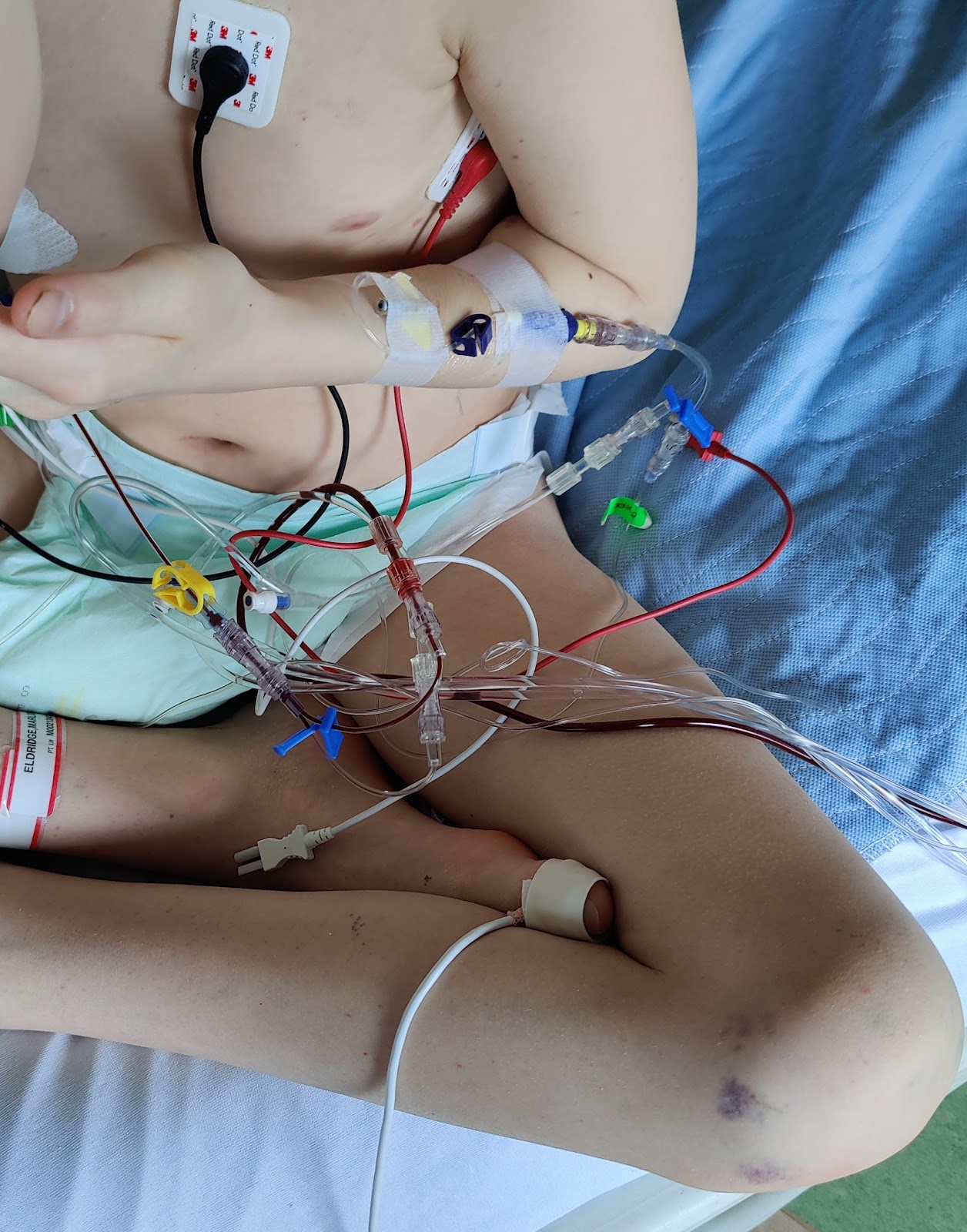