NPO -nil per os, no food or water

I am sitting here so nervous, having walked the halls to discharge some anxiety.  Talking back and forth with oncology, GI, surgery, neurology, and more.  They are hoping to do the least invasive next step to attempt to get more answers.  This is a laparoscopy, taking a camera down via his mouth in hopes to get an answer.  Because his platelets are low anything has its dangers.

The CT scan did show something that may be a clot affecting his right leg.  This morning, he commented on his foot falling asleep, now his whole leg occasionally gets tingling.  What the heck is going on??

I was thinking how sometimes you get the car repaired and then another problem pops up, but that is money, an inanimate object, not a life, a limb, a brain,...

How will I cope during the scope?  Ugh…

I was told it could be two minutes or if he finds something, it will be longer.  I paced and breathed and paced and breathed.  The whole thing took well over an hour. I just woke with the GI surgeon and he said he is hopeful he found the problem.  We don't know for sure but we'll see how the next day goes.

My insides are still shaking and I am waiting to see Marlon. 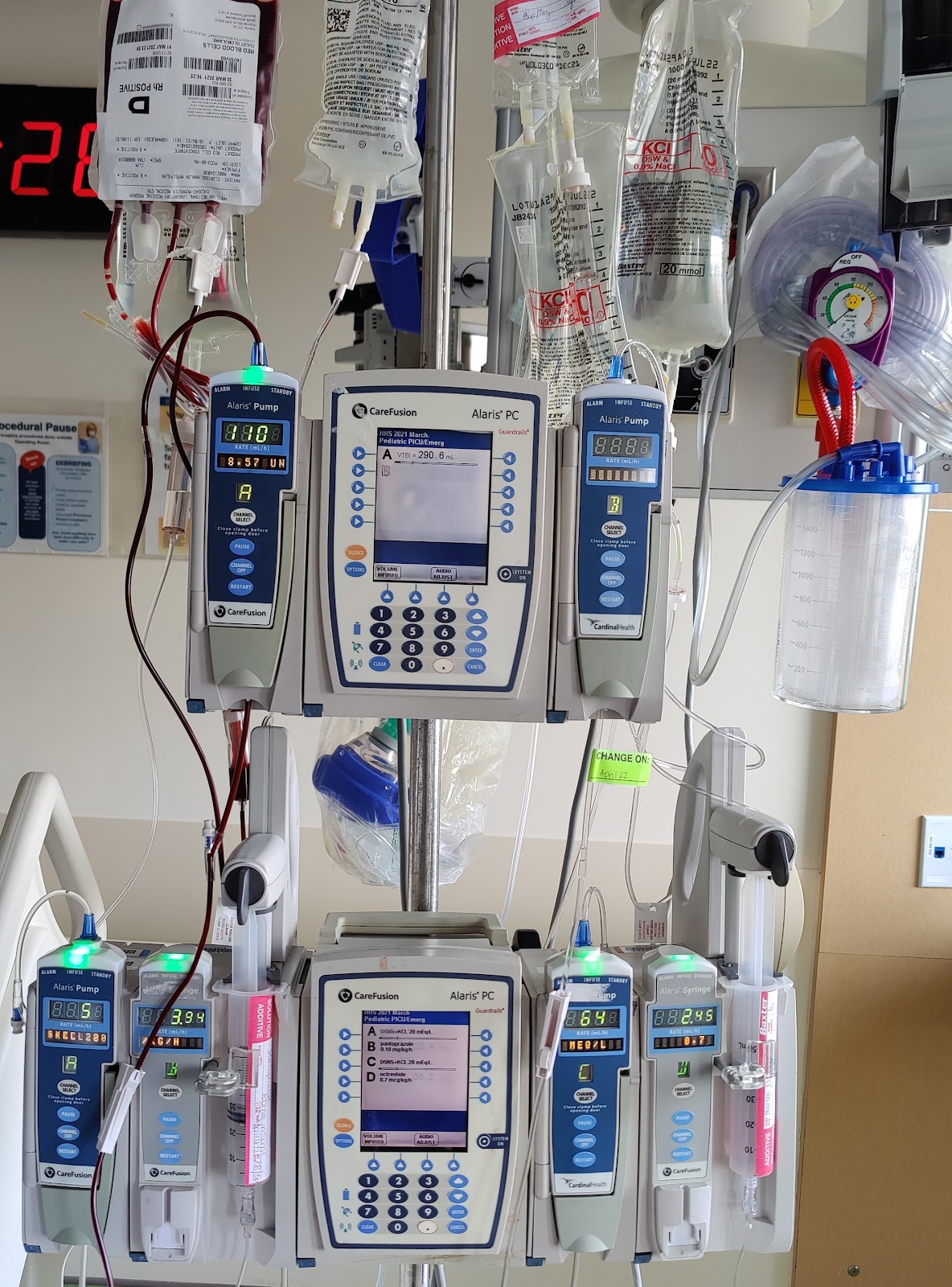 These are the machines that dispense the drugs into the lines to the body. Common to have two in use, even three but I have never seen six, until now that is.

Back in his room and miserable